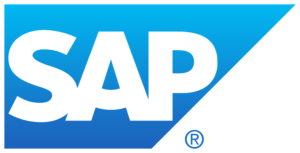 SAP is turning 50! The company was founded on April 1, 1972, exactly fifty years ago. Nowadays it is one of the largest software companies worldwide, and their products are found in many, MANY companies, although not every user seems to love the product. For me, this is a love-hate relationship. You can’t live with it, but you can’t live without it either. Let’s use this anniversary to have a look at the company and its software that is widespread in industry, as well as some general musings on ERP systems.


Their idea was to use computers to manage the finances and other data of companies. Different from IBM at that time, however, they decided not to use punched cards to store data, but to interact with the user through keyboards and monitors. While this is the norm nowadays, back then it was a major step forward. Instead of punched cards, they managed data in real time, and the abbreviation “R” for “Real Time” was used for the name of their software SAP R/1, and later R/2 and R/3. Their first product was developed at their first client in the chemical industry, but was also designed to be universally applicable across many industries. Their latest package is called SAP S/4HANA, although the older SAP R/3 dating from 1993 is also still in common use.

This software turned out to be quite popular. The revenue of SAP grew, on average, over 40% every year between 1980 and 2000, although this has slowed down markedly, and the average growth between 2010 and 2020 was only 9%… which is still pretty decent. SAP is also able to make a quite nice profit out of it. The net profit margin in 2021 was 18.9%, and usually around 15% for the last ten years on average. This is quite good compared to many other industries. Like any large company, there are also some scandals, and there are reports that SAP did industrial espionage, bribery, and other shenanigans. But our focus here is on the software.

The task of an ERP software can be gargantuan. It tries to manage all data related to a company, from infrequently changing employee records and intellectual property databases to the constantly changing number of parts you have on the shop floor. As such, it has great potential, but also lots of risk. In particular for managing the material on the shop floor, I had lots of problems with SAP when I used it in industry. ERP software like SAP wants to tell you what you can do with the available materials, and when you should do what. There are lots of academic models for this, but especially the early models had one major limitation: they assumed unlimited production capacity. If you have ever been in charge of a shop floor, you know that unlimited capacity would solve a lot of problems. Unfortunately, you do NOT have unlimited capacity, and any assumption in this direction would give you lots of problems.

Newer models aimed to improve this and include capacity limitations in the modeling of the production plan. However, it still feels highly cumbersome, and is not always working very well. One problem I had was that updating the available capacity was quite time-consuming, especially since unforeseen events could change the situation quickly. Naturally, if the data in the database was not correct, the resulting model was also flawed.

Keeping the data up to date was also a challenge in other areas. When building a product, we consumed raw materials and created products. ERP software updates the database accordingly. Our problem was that the production record was added to the database at the end of the shift, and hence the updating of the record was delayed. The ERP system always believed there were more parts than what we actually had, which made it very difficult to determine if we had the material to produce what we wanted to produce. Incorrect material availability data was a constant hassle when I was working with my ERP system. A more frequent update would have reduced the gap, but a real-time data update is still quite visionary (although RFID and other technologies have new possibilities here). Of course, garbage in… garbage out… but I have yet to see a plant where this data maintenance was done satisfactorily.

Another issue I have with SAP is the interface. The software originated fifty years ago, and the user interface still looks and feels decades old. A lot of data is required, and it is far from intuitive what data should be entered where, when, and how. Using SAP was – at least for me – always a pain.

Another problem I had was with access permissions. I constantly ran into problems where I did not always have the rights to access the data that I needed. Yes, I know, this was also a self-made problem, but I was unable to get the access rights. Luckily, an older colleague in a completely different department still had those rights, and was able to export the data into Excel for me. Talking with other ERP users, I found that this seems to be a common approach: you need to export the ERP data into Excel if you want to make any kind of non-standard analysis. Alternatively, you had access to programmers that could implement the functionality for you… but due to the cost and time involved, this was also rarely an option for most users.

One challenge for ERP in general and SAP in particular is the complexity of the data in modern industry. You need to invest a lot of time to keep the data up to date. Even with the best intentions, mistakes will happen, which can lead to unintended consequences. When I was managing a small team that planned production using SAP, I also planned a few parts myself to know what I was talking about. Yet for one setting I had no idea what to add, and it was a mandatory setting field (indicating that it was important). The interface was of no help and very cryptic. So I asked my people. They all told me that they always put in a certain setting. But they all told me a different setting to enter! And none of them could explain to me what this setting does or why they used this particular setting. The only answer I got was, “We’ve always done it that way, and it’s never caused problems.”

It seems that no one understands all of SAP anymore, and even consultants know only their subsection. I have been told SAP even programmed a wrapper around the software to make the usage easier. Since the wrapper then also turned complex, they programmed a second wrapper around the wrapper. Overall, SAP is a Moloch that is hard to control. The complexity also makes it difficult for companies to switch to other ERP software (or vice versa), since the databases are not really compatible, and transferring the data to a new software would be a huge undertaking with a large risk of problems.

A Single Point of Failure 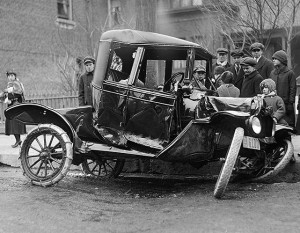 This high level of complexity combined with the software managing many crucial aspects of a company creates a single point of failure. If everything works, good. But if SAP breaks, the entire company can grind to a standstill. In 1999 Hershey was unable to deliver their products after a change to SAP… shortly before the Halloween, the most important days for any candy manufacturer. In 2000 Nike accidentally produced thousands of shoes… of the wrong type, after an ERP upgrade. In 2006 Cadbury Schweppes also produced way too many perishable goods due to an ERP problem, also creating a huge loss. My own university was unable to pay their bills for three months after switching to SAP. You will find plenty of similar expensive “glitches” if you google for them. Overall, any kind of ERP upgrade or change makes most responsible managers quite nervous, since it can break the entire company.

So, would the world be better off without ERP and SAP software? Probably not. It seems to be a typical case where you can’t live with it, but you also it can’t live without it. The complexity and quantity of data in a modern enterprise is enormous. Managing it by hand or by Excel is rarely a good solution (although in some cases it may work). Hence, we need a software to help us with managing the data. But using the software does not make the complexity and problems go away. Pretty much every SAP (or generally ERP) user I’ve talked to complained about their software and its performance (not only SAP). But not having it would probably make it much worse. I personally have worked mostly with SAP, and have little experience with ERP programs from their main competitors, Microsoft, Oracle, IBM, and others. Hence I don’t know if they are better. I do know that smaller companies often prefer smaller software packages from providers within that industry (e.g., an ERP software specialized for waste management), as they may be cheaper and better suited to their (specialized) task. Anyway, congratulations to SAP on their 50th birthday. Now, go out, make sure your ERP system has accurate data, and organize your industry!