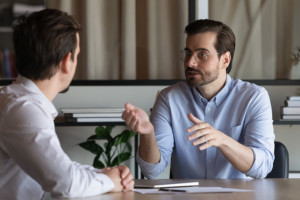 Leaders not only make decisions, but also have a large impact on the mood and the culture in a company. Often, they like to be right. Yet, they are only humans, they don’t know everything, and they do make mistakes. Hence, a good culture for disagreement is important to make better decisions. In this post I would like to talk more about the value of disagreement, and why it is not common to find it in industry. 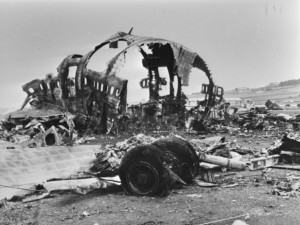 October 27, 1977 was a busy day at the Tenerife airport, despite heavy fog and low visibility. Due to the closure of another airport, many aircraft were diverted, the taxiway was filled up with planes, and planes had to use the runway to get into starting position. In this environment, a Pan Am Boeing 747 was just about to leave the runway back to the taxiway, when a KLM Boeing 747 started to take off. The crash caused the loss of 583 lives.

Many factors came together to cause this accident, from bad weather to ambiguous communication. But there was also a hierarchical barrier for disagreement in the KLM cockpit. The captain of the KLM plane was a highly respected captain, but was a bit in a rush to take off. Both the co-pilot and the flight engineer at different times voiced hesitation and concern that the runway was not yet clear, yet they were snubbed by the captain. Again, this was not the only cause of the catastrophe, but if the captain would have listened to the co-pilot and flight engineer, disaster could have been avoided. 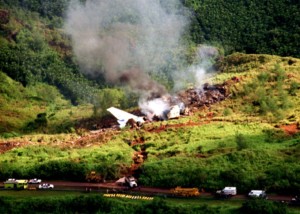 Korean Air Flight 801 crashed on August 6, 1997 near Guam. Heavy rain and low visibility required an instrument landing. However, the instrument landing system at the runway was out of service. The captain though he picked up a signal. The crew disagreed, and the flight engineer later also protested that the descend was too steep and said multiple times that there is no airport in sight. Yet, the captain pressed on and crashed into a hill, leading to the death of 229 of the 254 occupants of the plane. 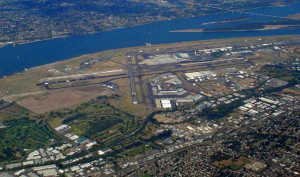 When United Airlines Flight 173 was approaching Portland in December 28, 1978, they encountered a problem with the landing gear. The pilot entered a holding pattern to resolve the problem, circling for over one hour. The first officer and flight engineer indicated that they were running low on fuel, but the captain reacted too late. Ten people died in the resulting crash. 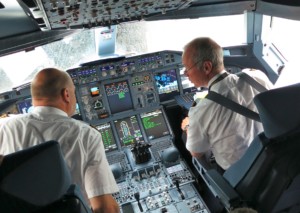 In response in particular to the Tenerife disaster, and later to the United Airlines Flight 173 crash, aviation regulations started to train for crew resource management. The goal is to provide a free exchange of information among the crew and to reduce the power distance. Crew members are trained to voice their concerns and to hear the concerns of others regardless of the level of hierarchy. They aim to improve interpersonal communication, leadership, and decision making. It is nowadays a mandatory training at most airline regulation bodies. Crew resource management expanded from aviation also to many other fields, like shipping, firefighting, and medicine, although the quality of the implementation varies. 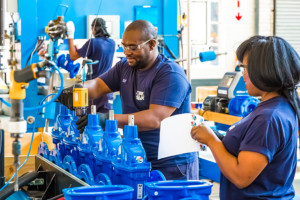 At this point, you are probably wondering if this can be applied to manufacturing. Definitely. If you are working in manufacturing, you probably know plenty of examples when people knew that something would not work, but either did not dare speak up or if they spoke up they were not heard. The all-knowing decision maker put more trust in his own opinion than his underlings’, and the (for all but one) predictable outcome happened. A manufacturing version of crew resource management could definitely help.

The Challenge in Manufacturing

However, it is a bit more difficult in manufacturing than in aviation (although not impossible). In aviation, a crew works together for long hours, they know each other, and they have plenty of opportunity for human interaction. It is also much less a question of outdoing someone else to get promoted. In manufacturing, this can be quite different. An upper-level manager may spend quite some time with the level below him, but the farther down you go in hierarchy, the less actual contact the manager has with the people.

At one point, another employee is no longer seen as a person, but merely a number. This is also called the monkey circle. Bands of monkeys can have up to fifty members; after that frictions increase and the groups tend to split, since a monkey can no longer really know his peers. For humans, it is estimated that we have around 150 people with whom we truly have a relationship; everybody else is just a statistic.

The larger number of people involved combined with a higher pressure on looking promotable often hinders open communication. What one side considers a helpful suggestion may be seen as a personal attack by the other side. On top of that is my opinion that, especially higher up, you will find a lot of managers that need the feeling of power and supremacy. And, it is a well known fact that there is a much higher likelihood to find a psychopath in management than in the general population.

How to Do Crew Resource Management

How to Raise an Issue

Below are five key steps, copied from the Wikipedia article on crew resource management, which look like a good approach to me:

There are also a few common mistakes both for the receiver and the sender of the information. Also from Wikipedia, here are common sender errors:

And finally, here are the common mistakes by the receiver:

Now, go out, talk, and especially LISTEN to people, and organize your industry!

4 thoughts on “About the Value of Disagreement for Leadership”