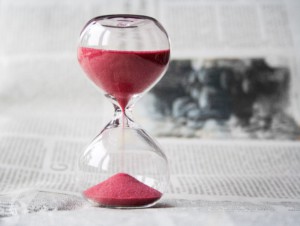 First, we need to define a bottleneck exactly: 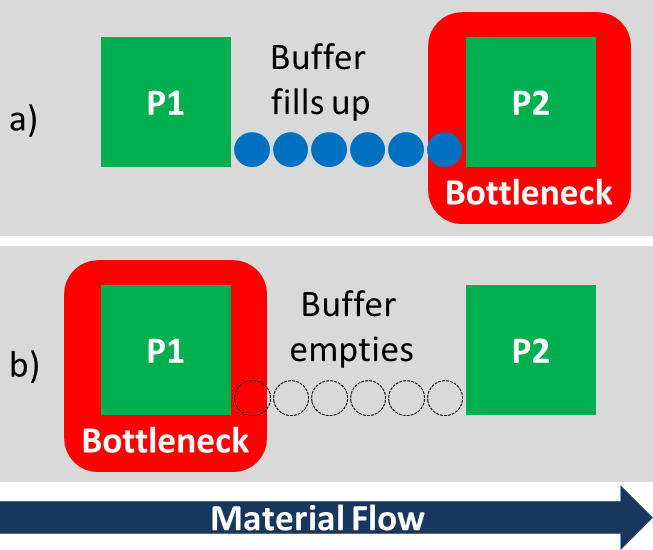 Now, in industry and also many academic papers and methods (mine included), this relation is then used to find the bottleneck: 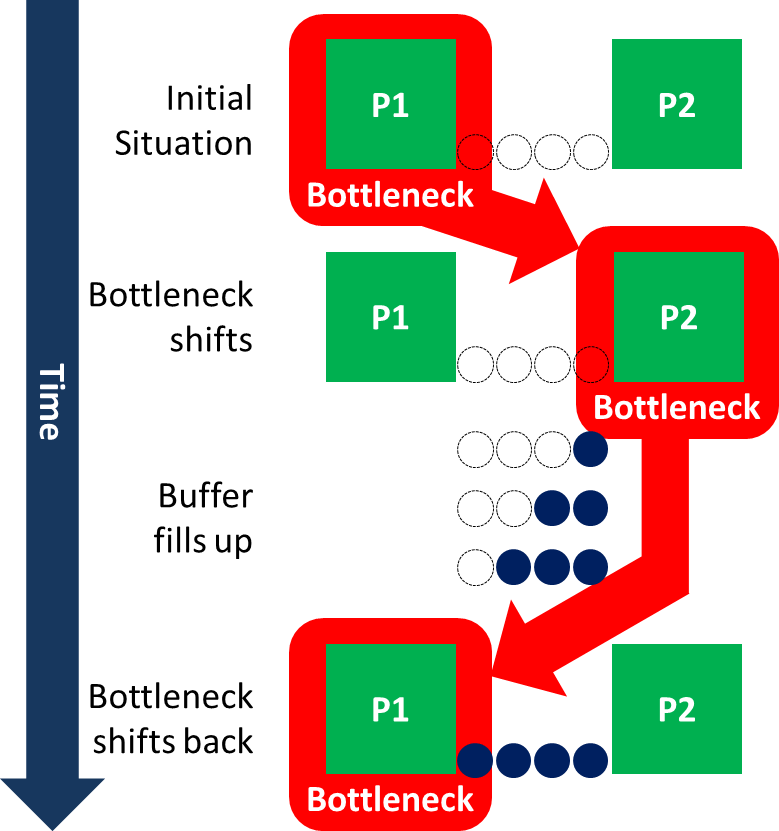 I marked the processes above as bottleneck. However, according to our definition of the bottleneck above, the bottleneck has to influence the overall throughput of the system. Yet, in the example above, it was always P1 that influenced the entire system. Just before P2 would have an influence, the bottleneck shifted back to P1. Despite a completely full buffer, P2 was actually never the bottleneck!

Granted, this is an extreme but quite possible situation. Hence, even with a completely full or empty buffer it can never be said with certainty where the bottleneck is, only with a probability.

Despite quite a bit of literature research, we did not find any prior research. Lots of people both in industry and academia use this assumption to find bottlenecks, but so far no one has checked if this is actually true. Hence, we set out to test this hypothesis.

We used a simple simulated system with infinite supply and demand, two processes with random cycle times, and a buffer in between.

We run the simulation and recorded both the buffer level and the bottleneck location. In fact, we repeated this for many different systems with e.g. different mean cycle times (from equal to one process being 20% of the other), different random distributions (exponential, erlang, …) and different buffer levels (capacity ranging from three to 100 parts).

For a reasonable symmetric system where the cycle times of both processes are similar, the simulation result is very close to the theoretical result. Below are the results for a system with two identical exponential distributed process cycle times and a buffer capacity of 10. The confidence intervals are also shown. 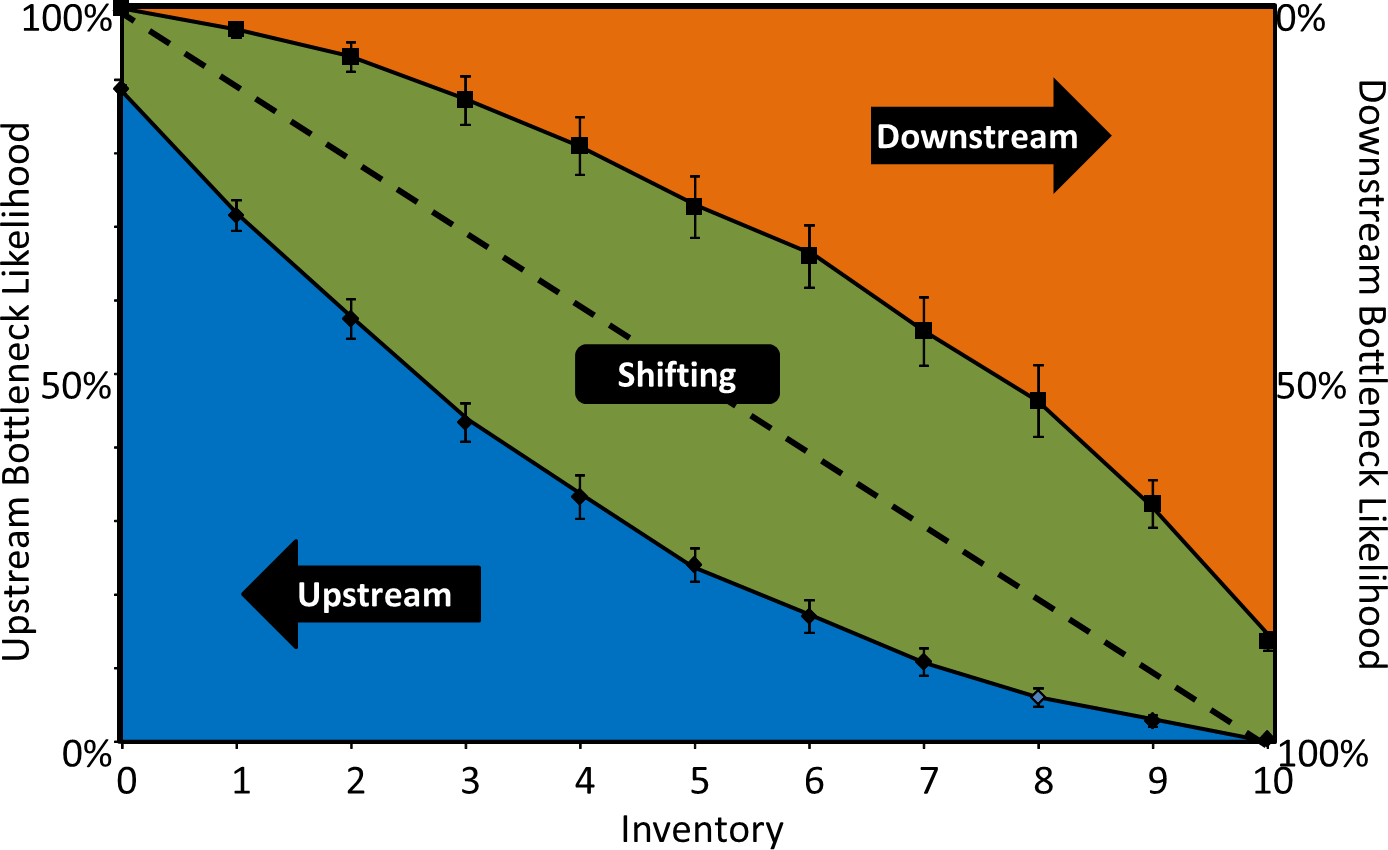 Hypothesis confirmed, you would say? Not so fast!

We also run simulation experiments with lopsided systems, where one process was faster than the other process. Now, our theoretical model breaks down. Below are the simulation results for process P1 having 20% of the cycle time of P2, hence P1 was much, much faster. 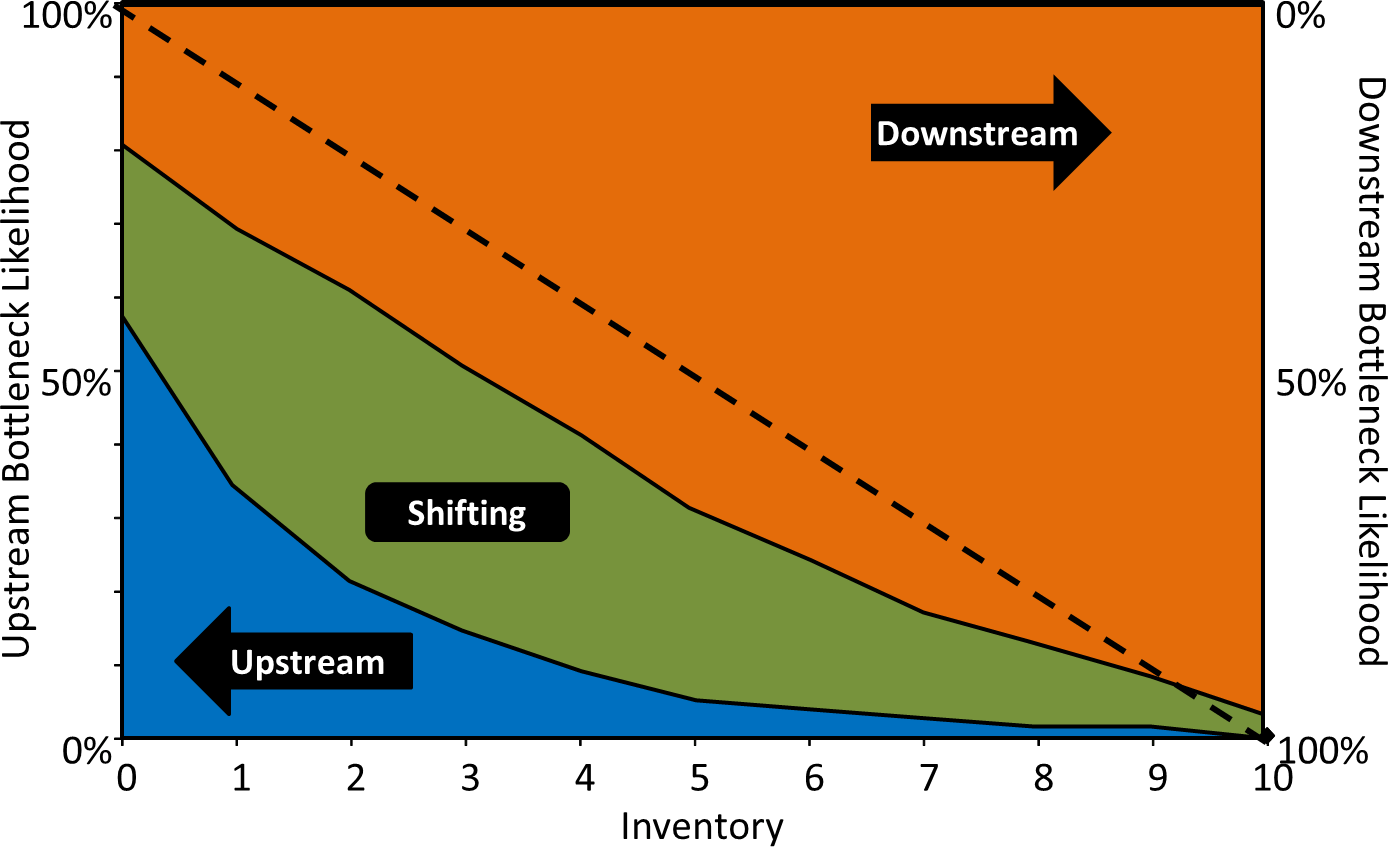 What does this mean?

This is a bit of a bummer. Finding the bottleneck through the inventory is just so very convenient. Luckily there is a way out. You see, if one process is a stronger bottleneck than the others, then most of the time the inventory method will still show towards this strong bottleneck.

Take for example the lopsided graph from above. This graph shows you the likelihood of the direction, but not how often an inventory level actually happened. In fact, it took quite a long simulation to get even a few inventory levels of 0 and 1. Most of the time the inventory level was between 8 and 10.

Hence, you can still find the bottleneck using the inventory levels, you just should not rely on only one observation! Now go out, look at your inventories, find your bottleneck, and Organize your Industry!

7 thoughts on “Can you tell your Bottleneck from your Inventory?”