On December 31, 2020, the transition period will end and United Kingdom will be out of the European Union. Brexit will be complete. But I fear the mess will be only starting. In this post I want to look at the impact of Brexit on supply chains. It won’t be pretty.

A political gamble by British prime minister David Cameron in 2016 led to a non-biding referendum on the European Union membership of the United Kingdom. Amid much disinformation, 51.89% of the people of the United Kingdom voted to leave the European Union. David nope’d out of his own mess and resigned. His successor, Theresa May, formally triggered the withdrawal process known as Article 50 in 2017. This process allowed for two years to negotiate the future relationship, which didn’t happen. Theresa also resigned from this mess in 2019, and Boris Johnson took over. He signed the withdrawal agreement in 2020.

However, this withdrawal agreement only covered the very basics, like the “divorce bill,” citizens residence rights, the border in Ireland (where Northern Ireland sort of stays in Europe and the border is in the Irish Sea), the European Court having the final say on EU-UK disputes, and a transition period that ends December 31, 2020. It included not much on the flow of goods, stating only that items that were sent out before the deadline should be delivered, even after the deadline.

There has been lots of time for negotiating the future relationship. Politicians frequently announced another “step forward,” but apparently they were going in circles. As of now, it looks like there will be a no-deal hard Brexit at the end of the year. This is sometimes euphemistically called an “Australian-type deal” … but the EU doesn’t really have a deal with Australia. Trade would revert to the rules of the World Trade Organization.

On January 1, 2021, Britain will be, for all legal purposes, outside of the European Union. It looks like there will not be any trade agreement between the EU and the UK. Britain does not have many trade agreements with other countries either. The only deal I know of is with Japan, and it is not any better than the deal the EU had with Japan. With trade, Britain is to the EU the same as Palau, Somalia, Sudan, or the Vatican. Trade between the EU and the UK falls back to WTO terms. This means taxes and paperwork.

But before normal taxes and paperwork come into play, something else will happen: Confusion! When your markets change, they usually do so over time, and companies can adjust. Legal changes, however, will be abrupt. When the clock strikes midnight on New Year’s Eve, a whole new set of rules comes into play. In theory, they are known beforehand. In practice, however, they are complex and hard to understand, and it will take time for the people to learn these rules. Specialized software tools are programmed to help with this paperwork.

For example, Her Majesty’s Revenue and Customs (HMRC) developed a Customs Declaration Service (CDS), at a cost of around £100 million. It is claimed that this software is ready, but I believe on January 1, it will be at best only an alpha test. Have you ever seen a custom made software that worked right from the start? I believe it will be a mess. This software also communicates with other software at retail and industry, and it seems many of these interfaces will not be ready in time, let alone working reasonably well. There is also a lot of training to be done for the people to use these tools correctly.

In sum, people who have little understanding of the legal framework and little training will use an alpha version of a software that cannot communicate with the other software tools. What could go wrong? I expect at least three months, but probably six months or more, of chaos. After six months, a resemblance of normality may come, but only because trade has dried down to a trickle and the available workforce has had more time to sort out every individual declaration. There may also be similar problems on the EU side, but I expect them to be fewer, since the EU seems to be a bit better organized. The UK expects large delays, and is building gigantic overflow parking lots. They even created an artificial internal border, and you will be able to enter Kent (where most goods pass through) from the rest of the UK only with a permit. The UK likes taking control of their borders so much, they created some more, I guess…

What Will Happen Once Normality Resumes at Customs?

Probably around the second half of 2021, British Customs may look normal again, albeit with a much smaller volume. Custom declarations may take around one hour of paperwork for most goods, and the shipment delays will be probably less than half a day, especially if the Customs forms have been prepared beforehand. But now there will be import and export taxes. These are also very confusing. Importing live horses into the UK has a tariff for 10%, unless they are for slaughter, which has no tariff. Asses are taxed at 6%. Ducks, geese, and guinea fowls all have different rates that depend on the weight of the animals. Cars have 10%. Besides tobacco products, the highest rates are for grape juice, with 40% (Source). Tariffs also apply to import into the EU. Overall, it will be costly!

What Is the Impact on Industry? 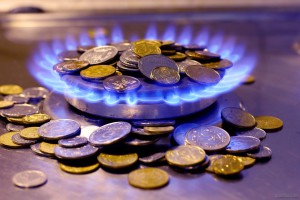 Brexit will have a lot of negative impacts on industry due to the new Customs regulations in both directions. There is the cost. Both the paperwork and the tariffs will increase cost and reduce profitability. If you build a Ford engine in London-Dagenham, send it to Köln in Germany to make the car, and then sell the completed car to the EU, Customs will be paid multiple times. Industry hates costs!

Even worse than the cost is the lost time. Modern supply chains are often tight. Obviously, freshly cut flowers won’t do well if they spend an extra day in the truck. But non-perishable products are also often part of just-in-time supply lines, where a delay can lead to an expensive stop of a plant. Industry hates lost time!

Industry can, if necessary, factor the delay into their supply chains. However, the fluctuations of the delay will also increase. Sometimes it will work well, but sometimes someone will forget a check-mark on a Customs form, resulting in an extra day or two until the paperwork is sorted out. This will make any kind of just-in-time delivery impossible. Industry hates fluctuations!

And, at least currently, worst of all is the uncertainty. Will Customs work? Will my supplier survive? Is it still economical to ship across the channel? Trading between the EU and Britain has a lot of uncertainty. Industry hates uncertainty!

What Can Industry Do? 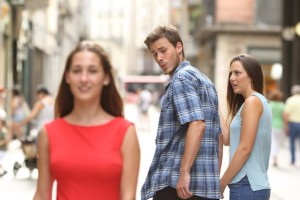 In most cases, trade across the channel becomes significantly less attractive. It may often be faster, better, and cheaper to avoid trading across the channel. Industry will look for alternatives—and is already actively doing so. European industry has it easier, as the alternatives include all of the EU and many other countries worldwide.  British industry is limited to… well… Britain (and not even the full United Kingdom, as Northern Ireland will be sort-of EU).

European firms are already doing this. New supplier contracts are much less likely to be involve the UK. Decisions on production locations also rarely involve the UK. New investment in Britain is falling.

What Will Be the Impact on the EU and the UK?

It will also not hurt all companies equally. There are even some winners, where companies benefit from the Brexit. But it will hurt many companies, especially on the British side. Many smaller companies won’t survive the chaos of the first few months of Brexit. Goods could be delayed for weeks. Perishable goods may not even survive the trip (and I already feel sorry for the trailers full of cattle and other livestock).

Even reasonably healthy companies that just survived the COVID-19 pandemic may be killed off by Brexit. Even companies that have little or no international trade may be collateral damage from this. 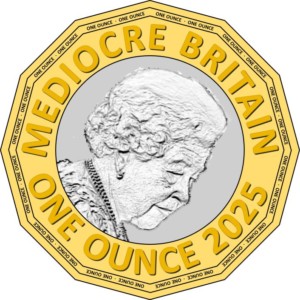 Food prices will rise. A comparable example happened with Hurricane Katrina in 2005. The storm closed three ports that trade 45% of America’s agricultural goods. As a result, food prices in the USA rose by 3% (Source). With Brexit, they will rise more, and not only for food. Unemployment goes up. GDP goes down. Inflation will go up, as Britain tries to attract more trade through lower prices. All of this is hard to estimate.

And this does not even cover the impact on other sectors like finance, services, travel. Even political unrest at the border to Northern Ireland is possible. Scotland and Northern Ireland may leave the union to join the other union. Overall, Brexit is an awful idea. Taking control of your borders feels good, but if the other side does the same, it will be much worse. It is an “act of self harm,” and little good will come out of it. I sincerely do hope that I am wrong, but my best expert estimate is looking terrible for the UK. Now, go out, brace for the storm, and organize your industry!

3 thoughts on “The Impact of Brexit on Supply Chains”