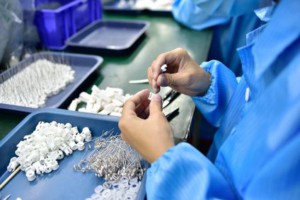 Assembly of multiple parts into one bigger part is a common process in manufacturing. It is also the most challenging one for supply logistics. If there is only one part that gets milled, drilled, coated, formed, or other wise processed, logistics is much easier. But if you have dozens or hundreds of parts that have to come together in different variants, it becomes much more of a challenge. In this post I will look at the challenges of supplying material for assembly. In subsequent posts I will show ways to address these challenges.

The Challenges of Assembly 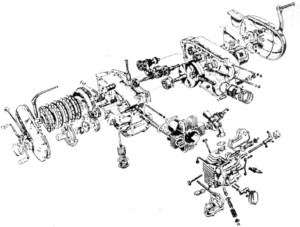 By its nature, assembly is a process where many different parts come together. Depending on  the product, there may be only a few small parts or a large number of bigger parts.

While robotic assembly is getting more common for mass production, most assembly is still done by human workers. After all, according to NASA, “man is the lowest cost, 150 pound, nonlinear, all-purpose computer system which can be mass produced by unskilled labor.” This post focuses on manual assembly, although many ideas can also be extrapolated to robotic assembly.

You need around 30,000 parts to make a car (more for upper-class vehicles, and much, much less for electric cars), compared with only around a dozen for a ballpoint pen. Obviously, all of these have to be supplied to the different assembly locations. There are a few challenges that arise from that process: 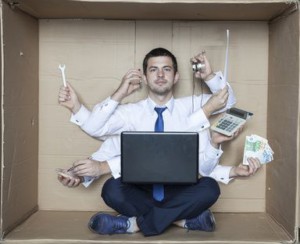 Floor space costs money. Yet what many don’t realize is that some space is more valuable than other space. In manufacturing, the space around the actual manufacturing process is usually most valuable. The closer you can put your processes together, the shorter the distances for material and information to flow across stations. Close processes also make it easier for one worker to help another one in case of problems. Last but not least, it can make visual management easier.

Hence, one challenge in assembly is to provide all the parts needed using as little space as possible.

Another challenge is to ensure that the worker uses the correct part. While for many parts it is obvious which one is to be used, many other parts look quite similar. One commonly confused part is screws of slightly different length, resulting in either not enough strength or damage to the parts below the screws. I once almost destroyed my new TV by picking the wrong (too long) bolt for the wall mount.

Screws with the wrong diameter at least can’t be assembled incorrectly, but have to be put back (unless you use not metric screws but US United Thread Standard screws where one screw sometimes can just barely be screwed into the next bigger nut).

I also once had a case where they used screws for two different products at the same assembly station that were identical except for the coatings, which were black and … black again. The workers were really good at distinguishing one black screw from an identical other one that was a tiny bit less shiny. Yet I presume many products still had the wrong screws.

There are many other examples of near-identical parts for different product variants that can be mixed up. Hence, you need to make sure that you assemble the right parts in the right sequence. 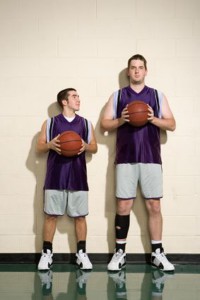 The assembly operations also have to be comfortable for the operators. The parts should be easy to reach, without any twisting or bending of the body. They should also be comfortable to lift. Remember, they don’t have to do it just once, but hundreds of times per day.

Also remember that not all workers are identical. Something easy to reach for a tall person with long arms may require a stepladder for a shorter person. Lifting a weight that is no problem repeatedly for a man may be a struggle for a woman. Or even more generally, people have different skills and abilities, and what may be easy for one may be not so easy for another. The work has to be comfortable for all people working there. 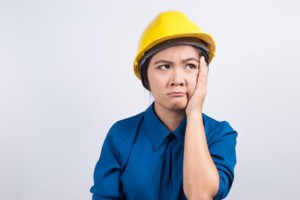 Another challenge of an assembly line is similar to challenges in any kind of manufacturing line: There is a risk of boredom for the workers due to repetitive work. This is difficult to do in the assembly spot itself without risking productivity, but can be done by assigning the worker different tasks on different days.

That is of course if the worker wants it. Some people are happy just doing the same thing over and over again forever. But the possibility should be there! Or an even better idea: try to get your people thinking about improvements. What could they do to improve their workplace?

As an counterexample, the Chinese mobile phone assembler Foxconn had the problem that many of the workers were committing suicide. While this was not only an issue with monotonous work, this factor seems to have contributed to the issue. Hence, try to keep your workers engaged and provide at least some mental challenges. 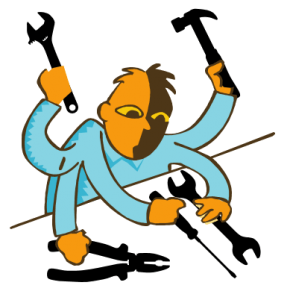 Inexpensive, But Not Cheap! 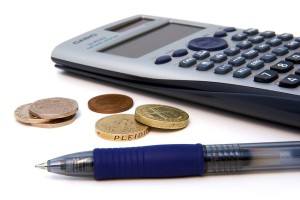 Finally, the gear and equipment should be not overly expensive. This is in my view a minor requirement. If the gear (shelves, tables, chairs, electronic aids, etc.) costs money, the benefits of being faster, more comfortable, better quality, and reduced use of space will usually be worth good equipment. Don’t buy shoddy stuff! Get good gear for your people!


Overall, assembly is a particular challenge in the organization of manufacturing due to the large number of different parts needed at the same spot at the same time. (I am not saying that other manufacturing tasks are easier, as they do have technical challenges, but from an organizational point of view, assembly is not easy!). In subsequent posts I will talk about  how to address these issues. Until then stay tuned and organize your industry!

3 thoughts on “The Challenges of Material Supply for Assembly”