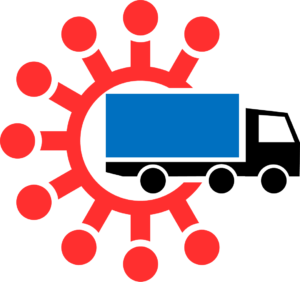 The coronavirus, also known as COVID-19 or SARS-CoV-2, is running through the world like a wildfire. Besides killing hundreds of thousands of people, it is also creating a huge headache for the economy. Many countries are currently experiencing a second wave. In this post I will look at how the pandemic affects supply chains, how they react, and how this may shape supply chains in the future.

Changed circumstances due to the COVID-19 pandemic caused a significant drop in demand for some industries. The mighty automotive industry is under significant pressure. In Germany, domestic demand dropped by 30%. The regions in Italy hardest hit by the virus saw sales shrink by 85% (March 2020 compared to 2019). April was even worse, with sales all over Europe being only 50% as the previous year. Related services are also down, including gasoline consumption and maintenance. Restaurant-related services took a nosedive when restaurants were forced to close. The travel industry is running on empty. Even after reopening, business is much less than before. Anything related to travel has much less demand than before.

A lean company can handle a drop in demand much better than a not-so-lean company. Shorter, leaner supply chains mean that you can slow down the flow of material quicker. If your goods arrive by ship from China, you will always have two months’ worth of goods floating on the ocean. They tie up capital, and when they arrive, they need to be stored somewhere. Some ports are running out of space for containers, and have started to use space inland to store goods … at an additional effort of moving things around. There are even some scams selling nonexistent storage space. The price of some oil futures even dropped to negative $37 per barrel because the oil was pumped, but with nowhere to go. You were paid money to take the oil off their hands. 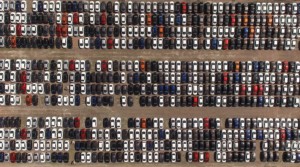 Even if you keep producing, you have to put the goods somewhere. The automotive industry rented huge parking lots from (currently unused) stadiums to put hundreds of thousands of unsold cars there. A lean company would have been better at scaling down production to avoid overproduction, which is the worst of the seven types of waste. To take a historic example, during the 1973 oil crisis, Toyota was able to scale production down and later back up much faster than the competition. Overall, a lean supply chain can handle a drop in demand much better than a long and slow supply chain. 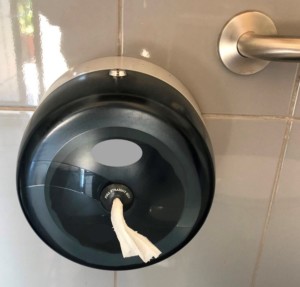 Many other industries had a huge increase in demand. Many things that are used at home have a much higher demand. Since a lot of people now cook and eat at home, demand for food in the supermarket has gone up. This was most visible with noodles and goods with a long shelf life, where stockpiling was also a factor.

People roughly need the same quantity of food. Anything that they no longer eat in restaurants they now eat at home. Similarly, the food eventually goes down the toilet, and demand on toilet paper also increased. Partially this was due to hoarding, but also because a lot of the “business” that was done previously at work or in restaurants was now done at home.

Now, since the end customer demand on food and toilet paper remained the same, you could think that wholesalers that sold to restaurants now simply sell their food and toilet paper through supermarkets to the end consumer. Unfortunately, despite its very similar end use, the products are very different. Restaurants may buy their products in bulk, but a private home rarely needs a 50-kg bag of flour. Toilet paper may also be different size, and a commercial jumbo roll won’t fit in the toilet paper holders at home, even if the consumer would accept the sandpaper-like quality that is often found in public toilets. Hence, both the product packaging and the product specifications make it difficult to convert industrial products to home use. 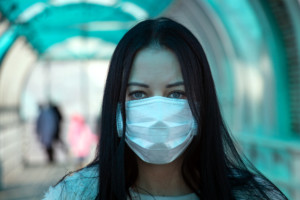 Over time, this can often be adjusted, and producers can switch to different packaging sizes, albeit with additional effort. The invisible hand of companies trying to survive and make money ensures adjustments are already happening. But not all products can be adjusted. A paper machine that produces the cheapest sandpaper-type toilet paper cannot easily be converted to heavenly four-ply. Yet, efforts are underway to switch distribution channels. Here, too, having a lean supply chain makes things much easier. You do not need to find customers for your 300 tons of flour in 50 kilo bags, or – even worse – repack them if you don’t have 300 tons of flour in inventory to begin with. A lean supply chain can switch faster. 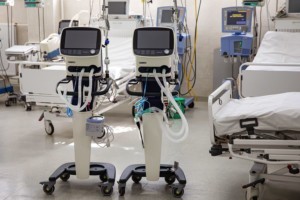 Some other products not only had a shift in demand, but indeed a significant increase. Examples here would be face masks (both high quality for medical use and normal for home use), hand sanitizers, protective equipment, ventilators, test kit materials, and many more items needed to combat the disease. In retrospect it would have been good to have these on inventory … but that is the wisdom of hindsight. Other increases are due to customers spending much more time at home. For example, some popular gaming consoles were sold out for quite some time due to the unexpected demand peak.

However, you cannot stockpile for all eventualities. If you do stockpile, make the most out of it. Make sure the type and quantity is what is most beneficial for your industry, and that the benefit is worth the effort. 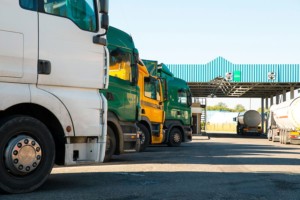 Another problem for many supply chains is restrictions to cross-border traffic. Many governments tried to prevent the entry of infected people by preventing the entry of ALL people into their country, or at least have a two-week quarantine. However, exceptions are usually made for logistics, since pretty much all countries depend on the global logistic network (except maybe North Korea). Nevertheless, border crossings often became more cumbersome.

Also, companies that used a lot of air freight have problems now if planes are no longer flying. The common air-mail rush orders that are an important source of profit for airlines are now rushing much less. Overall, cross-border traffic has become more difficult. Having suppliers closer to home makes things easier (although you still have to get the stuff to the customer too). Toyota has most of its suppliers within a two-hour drive around Toyota City in Japan. Hence, a short supply chain would have helped here too.

It seems that many companies become more careful about what borders to cross. The effect of the pandemic plays together with other factors like Brexit or the current behavior of the Chinese Government that make companies adjust their supply chains. Supposedly, many companies also actively try to reduce their dependence on China. Foxconn and Apple just invested 1 Billion in India to have an alternative to China. Overall, it is a challenging time for manufacturing and logistics. But every crisis also has opportunities. Now, go out, seize the opportunities, and organize your industry!

P.S.: Quite a few people have written about lean and coronavirus. Here is an incomplete list.

7 thoughts on “How the Corona Virus affects Logistics”