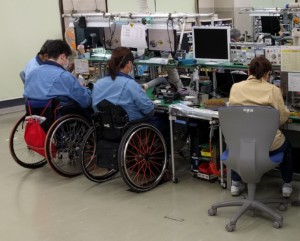 In every country, a part of the population has temporary or permanent disabilities that handicap their working ability. While in Japan, I was able to visit two factories of Omron Taiyo, in Kyoto and Beppu, where the majority of the employees have a disability. This was quite an enlightening experience for me, and I would like to share it with you. Due to the length of this post, I have split it into two parts. 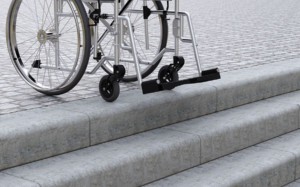 In Japan, about 4 percent of the population is disabled. In the US it is around 12 percent, and in Europe around 14 percent, although the definitions differ and hence the numbers are not that easy to compare. Especially in Japan, disabilities still carry a large stigma. Japanese society values uniformity, and there is a lot of pressure on the individual to contribute to the collective. People with disabilities sometimes look or behave differently, and often have trouble finding employment. While there are state subsidies available, in Japanese society it is often a shame to take from society without giving back. In the past, many families hid their disabled children to avoid embarrassment, although fortunately this is changing. 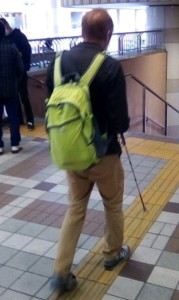 As for everyday life for disabled people: Japan has extensive preparations and markings for blind people, including yellow raised (tactile) lines on most sidewalks and even voice-guidance systems for public toilets (See Tales from Japan – Lean in the Japanese Public Toilet for a description and a video). However, there is little done for wheelchair users, and there are steps everywhere and few wheelchair-accessible ramps. To ride a train, you have to inform the station attendants beforehand so they can help with a mobile bridge to get onto the train. Traveling is possible, but very cumbersome.

Mr. Nakamura was embarrassed by this and wanted to change things. He founded Japan Sun with the goal to help disabled workers, and then sought companies for a joint venture to open a factory with many disabled employees. Between 1965 and 1971, he asked about three hundred different companies, including all the big names in Japan, like Toyota, Nissan, Honda, and so on. They all declined since they were worried about a drop in productivity. 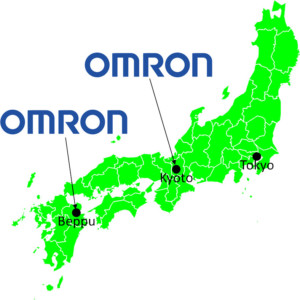 Even more recently, I remember Toyota proudly boasting that they had 1.95 percent disabled employees – but with this they barely satisfied the government-required minimum of 1.8 percent (since then raised to 2 percent). Only in 1972, Mr. Nakamura found a like-minded spirit in Kazuma Tateishi (立石一真), founder of Omron. Together they established Omron Taiyo in Beppu in 1972, and  later in 1985 also Omron Taiyo in Kyoto, both with Omron as the majority owner. Their motto is: “Not a Charity, but a Chance!” Their mission is: 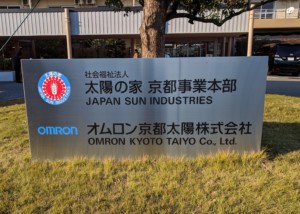 A lot of people were skeptical, and thought this was just something to make the disabled feel better and that this would never make money. To the surprise of everybody, Omron in Beppu was profitable from the first year, and so was Omron Kyoto! This was a major embarrassment to other companies that declined the cooperation (nowadays you would call it “public shaming”), and there are now a total of eight joint ventures with other companies, having around seven hundred disabled employees. These joint ventures include: Omron (2 plants), Sony, Honda (2 plants), Denso, Mitsubishi, and Fujitsu. The last two are next door to Omron Beppu.

Most employees at Omron are physically disabled (~70 percent of the disabled employees in Beppu and ~60 percent in Kyoto). All employees have at least one functioning arm, and for safety reasons no blind people are employed.

I was able to visit both factories, and the tour guides were very patient in explaining the details in broken English. One of them even had coffee with me afterward for a chat. One of them was a manager, and both were in wheelchairs. As for their personal fate putting them in wheelchairs, both cases were an unfortunate mix of being young and owning a motorbike. Motorbike accidents at age nineteen and twenty-one respectively put them permanently in wheelchairs.

The visit started with an introduction of the company and a company video, then I was given a tour of the facilities. I was pleasantly surprised that I was able to take photos, as long as I didn’t capture the employees’ faces. 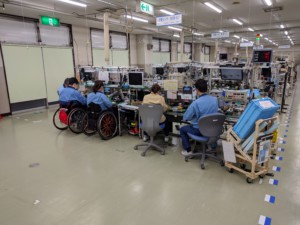 For obvious reasons, both factories were wheelchair accessible, all tables had enough space to accommodate a wheelchair, and all tables were at the same height. Most machines were easily moveable and could be rearranged quickly. As a side effect, these taller tables were also much more comfortable for an oversized foreigner like me, whereas normal Japanese tables are all a bit tight for me.

The light switches and elevators were also wheelchair accessible, and the cords for lights hanging from the ceiling were long enough to be reached from wheelchairs. Both factories extensively used jigs to help with assembly and, for example, assist employees who have only one working arm. Most of these jigs were created in a small workshop in the factory by the employees themselves.

They also used pick-by-light systems. The employee at the pick-by-light station was intellectually disabled, yet he was intensely focused on his work. His body had a rhythmic movement sometimes found in people with mental disabilities, but he incorporated this in his work well. While I am not a doctor, his symptoms seemed to be related to autism. Surprisingly enough, the guide told me that he was able to work much faster than the average non-disabled employee, averaging 130 percent performance over an “able-bodied” person. He works very fast, but has little understanding and judgment of what he is doing.

In the next post, I will continue my description of the factory tour, literally connect the dots, and talk more about the financial situation and also how this compares to other companies with fewer disabled employees. Until then, stay tuned, enable your disabled employees, and organize your industry!

P.S.: The company offers tours through their website www.omron-taiyo.com. Japanese skills would be helpful, although the site is in English. Many thanks also to Omron and the two tour guides for the tour.

P.S.S.: Many thanks to Tim Wolput from Lean Japan Study Tours for pointing out these companies to me!