The economy of scale is well known. The larger a company gets, the more efficient it becomes. However, this trend does not go on indefinitely, and eventually turns into a diseconomy of scale. In this post I will look at the diseconomies of scale, and also the very related Parkinson’s Law.

Economies of scale are well known. I wrote a bit about them in my last post. There are lots of different causes, from machine utilization, buying in bulk, more efficient use of overhead, reduced development cost per part, and so on.

However, if we would follow this thought logically, then a larger company is always more profitable than a small one, overtaking or bankrupting the small one. In the end there would be only one large “World Corp.” company, since it can make things much better, faster, and cheaper than any smaller company.

Obviously, this is not true, thanks to diseconomies of scale.

Diseconomies of scale are effects where the costs go up with the size of the company, and profitability goes down. There are multiple reasons for this. Most of them hare hard to quantify, and hence often ignored by conventional cost accounting. 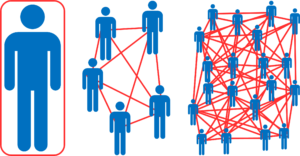 First of all, there is communication. If you are a one-man business, then you know everything any employee of your company (i.e., you) knows about the business. If you hire more employees, there is an additional need to communicate with each other to keep up to date. For small groups this is not a problem. However, the effort becomes larger for larger groups and eventually prohibitive. There will be subgroups that have little or no interaction with other subgroups. As an effect, the left hand does not know what the right hand is doing. If you work for a larger company, you are surely familiar with many examples of this. Lots of departments trying to do what is best for them, which may not be what is best for the company. Sales selling tons of products that lose money, because … hey … it’s a sale!

These larger structures also lead to larger hierarchies. Communication (either top down or bottom up) takes longer, and much information may be lost on the way. Top executives who are clueless about what really is happening on the shop floor are common. People at the bottom also often feel disconnected from the top, and sometimes even left alone to do whatever they please. In any case, since the information has to flow much further and through many more hands (possibly with signatures, too!), the information flow is much slower. As a result, the entire company is much slower.

This also leads to a duplication of efforts, where multiple people are doing the same thing. Depending on the situation it may be not only double work, but an effort afterward to integrate or merge these two different approaches. Wikipedia has a nice example of General Motors developing two CAD systems independently for two different branches of the company. Later they had to merge it into one at a significant additional cost.

Another thing that happens is organizational rot. At one point a section or department was created, which may or may not be necessary. Even if it was necessary, the department usually exists much beyond the need for the department. Minor topics may be given to new departments, much beyond the actual need of the company. I know a large company that has a separate department in charge of the corporate color (i.e., what color the logo of the company is; if you ever want a job that has no stress at all, this one is it!). Managing the company color means most often not doing anything.  Other companies seem to have departments with apparently the only task to keep themselves and others busy. As an example, the German unemployment office “Bundesagentur für Arbeit” (around 100,000 employees) updated their logo in 2005. You can see both the old one and the new one here. Total price tag including all associated expenses was around 10 million Euro. I hope you do like the new one better …

Inter-company competition (sometimes called cannibalization) also hampers profitability. If two branches of the same company try to undercut themselves by price, the company as a whole will lose money. Common examples are multi-brand automotive companies, where one brand competes with another one. At GM, cheaper Buicks compete with other brands. At Volkswagen in 2010, the much-cheaper Skoda Superb Combi won a ranking in a famous magazine against the much-pricier Volkswagen Passat. As a reward, the Skoda manager in charge had to leave …

Another one would be the Ringelmann Effect. It is scientifically proven that in larger groups, people don’t work as hard as they do on their own, because their contribution makes less of a difference. There are many more effects, but overall the economy of scale eventually starts to reverse into a diseconomy of scale. When this happens is not always clear. A well-managed company may be able to benefit from economies of scale for quite some time while they grow, whereas an ill-managed company may feel the effect at an much earlier stage.

The whole idea is also related to Parkinson’s law, named after Cyril Northcote Parkinson. This is a somewhat loose, satirical, and humorous observation that has to be taken with a grain of salt. The law states that

His conclusion was that the manpower of organizations grows 5–6% per year regardless of external influences. While by no means a scientific relation, many small observations seem to fit this guideline.

Preventing diseconomies of scale is not that easy. Here are a few suggestions that may (or may not) help. Please bear in mind that this list won’t solve all your problems, nor is it complete.

First of all, you could keep the company small, or at least stop it from growing too big. While this goes against the convention of industry and is often unpopular with shareholders, some companies choose this path.

Keep a sense of urgency. Many good managers try to reflect the risks of business somewhat onto the employees, keeping them aware that there are many risks which could undermine the success of the company. If the manager would tell his people that they are making tons of money and are doing very well, the people may slow down a bit (since everything is fine) or may even ask for some of the “tons of money.” If the employees are aware that there are always threats to the business, it may keep them a bit more on their toes. On the other hand, do not get them into panic mode either, as this would also be disruptive. Find a middle ground between overly relaxed and panicking. 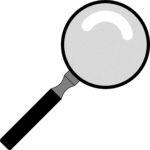 Regularly evaluate the necessity of different programs, sections, projects or other parts of the company. Try not to have holy cows that need to be protected beyond their use. Sometimes a department has to shrink or be shut down, a project could be stopped, production of a product could end, a plant could close, and so on. Be aware, of course, that it is much easier to open/start/enlarge something than to close/end/reduce something. Also, if at all possible, avoid firing your people, since this will definitely hurt morale in the company, and the people will spend a lot of their time worrying about their jobs instead of working. Also, if you reduce the workforce too much, there won’t be any capacity left for improvements, which again will hurt you in the long run.

Reduce meetings in quantity, duration, or number of participants. If you are like most companies I know, then you have too many meetings. Similar goes for email. Sending an email to everyone, even if it is only CC, should be limited for only a few emails. Make sure you do not “reply to all.” Overall, streamline communication.

So, these are a few suggestions with which you could work against the diseconomy of scale. What? … You expected them to be easy? … Sorry, they are not. Most of them are a constant fight against corporate inertia, traditions, and habits, as well as people’s unwillingness to change. It can be done, but it is not easy. Now, go out, fight corporate inertia, and organize your industry!