There is an excellent and highly sarcastic video around by Prof. Dr. Peter Kruse, professor of organizational psychology at the University of Bremen. In this, he describes his Eight Rules for Total Gridlock in the Organization (8 Regeln für den totalen Stillstand). Since these eight rules are quite relevant to the lean change process, I have transcribed, translated, and subtitled the German video for you into English.

Additionally, it is another attempt at my so-far-futile quest to prove to my wife that Germans indeed do have a sense of humor. In any case, below is the subtitled video and the complete transcript of Professor Kruse’s highly entertaining speech. Enjoy:

The Eight Rules for Total Gridlock in the Organization

The first rule has to do with leadership. Management should either keep out completely, along the lines “Guys, you will do it,” or have everything under control. When the manager has everything under control, the whole company is as intelligent as the manager, hence necessarily limited. If you give total freedom, everyone has their own visions. And when everyone has their own visions, nothing will come together.

The best thing you can do is to try to have everything under control all the time but then sometimes suddenly give project-based complete freedom. People will be totally confused. Hence, always behave in these extremes.

Second Rule –  Discuss Change Only at the Informal Level

Second rule, also very popular: Discussions about the goals and content of possible change should be consistently held only at the informal level. Make rumors! The very best rumors you can spread are rumors about the stability of the system.

Ideally, you do it every morning. Go around every morning through the company, go to a random department, and say “I think the department will be closed” and then move on. Fantastic! Do this every morning! You will always have an enormous hullabaloo in the organization, but definitely nothing will change. Make rumors! The more rumors you make, the better.

Third rule: Simultaneously start as many activities as possible. Ensure constant work overload. Make operations hectic! Make an action of the second or minute, but never an action of the year, because then something may really change.

Fourth Rule – Competition and Survival of the Fittest

Fourth Rule: There should always be intense competition. Inform everyone that only the fittest and strongest will survive in your organization. Make internal competition! Or, as I would say nowadays, make crab baskets!

Do you know this example? If you watch the fishermen bringing their fish ashore, they use baskets to throw the fish in. And these baskets usually have no cover, because the fish on land stay there.

But they have only one type of basket, which they also use for large land crabs. I’ve always wondered, damn it, why does this basket also have no cover? Couldn’t the land crabs get out at any time?

It’s simple. The fishermen know the principle of internal competition. If you throw two crabs in a basket, neither gets out. For whenever a crab crawls up, the other one comes along, pulls itself up on the first, and drags the other one back down.

Hence, in a crab basket you always have enormous dynamic, but nothing moves forward. And that is the principle of internal competition. It looks tremendously good, but definitely nothing changes. Hence, make crab baskets! The more crab baskets, the better.

Fifth rule, especially popular in Germany: There should always be a persistent and unrelenting quest to find the person responsible for the problems. Find out who is to blame! Analyze! Do not simply start changing things; always analyze the culprits first.

It’s excellent when a depressed person gets together with an analytical person—you will have two depressed people. It is absolutely great! Be as thorough as you can! Analyze! Do not simply start changing things, because then something really may happen! Always analyze first! 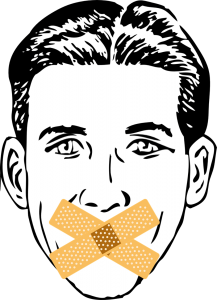 Sixth rule: There should be under no circumstances any public discussion about the sense and nonsense of existing rules. So do not start to question your internal parking rules.

In my opinion, the two best reasons are by far the two last ones. The seventh rule is: Decisions should reach a consensus as fast as possible on the formal level, and then be extensively questioned on the casual level.

Ensure fast commitment. This is very popular with steering committees and task force teams. Make sure that people nod quickly. The faster they nod, the less they understood what they just agreed on. And the moment they stand up, you can see it in their faces—“Not sure if this will work…” They take everything back that they just agreed on. Hence, ensure fast commitment! Do not struggle before the decision, because then you can struggle extensively after the decision.

But the best rule is, in my opinion, the last one. This proved to me that we are already a learning organization. Peter Senge has already won. The eighth rule is: The rate of change on the decision-making level should always be greater than on the implementation level.

Provide maximal decision-making momentum while at the same time minimizing implementation abilities. If you do, you will soon have a learning system. Your people will realize quickly that “Change is like the flu. With a doctor it takes fourteen days, and without a doctor two weeks, and then it’s over!” In one company they told me, “I know, we call it BAW.” I asked, “What do you mean BAW?” – “Well, bend and wait!” Bend aside, wait until it’s over, and come back up. And the people have practiced this friendly rocking motion extensively over the years.

But, of course, these things surely don’t happen at your place. Hence, forget what I just said. This is way too abstract and far away from any form of reality.

There is definitely a lot of truth in the rules by Prof. Kruse. But, of course, as he said, none of these would ever happen at your place, right? If they do … well … now you know how to do the opposite. In any case, go out and organize your industry!

Besides the video with permanent English subtitles above I provided the video also with optional subtitles in German or English. Transcription, translation, and subtitling are by me.

The presentation itself is a repeat of an older presentation, also available on YouTube. You can find these if you search YouTube for “8 Regeln für den totalen Stillstand.“