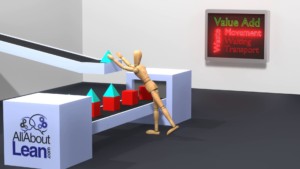 In my last post I described a quick-and-dirty approach to estimate the percentage of value add (i.e., the efficiency) of manual work. While the value is only an estimate, it is a measurement that you can take quickly and easily even in passing for a manual workplace. You simply count when a person is adding value and when not (i.e., waste). This post will look into more detail on what numbers to expect, and what to do next if you want to increase this percentage of value adding time. Let’s have a look:

What Values to Expect

Having measured the percentage of value add as per my last post, what percentage of the time do you want your employees to be adding value? This is simple. The true north of value adding is 100%. Unfortunately, you will never reach 100%, and it is a constant struggle to even stay somewhere near it (unless, of course, you fudge your numbers).

So what values can you expect? I did this analysis for plenty of automotive plants in Japan, including Toyota. The graph below shows an overview. You can see that the best plants approach 80%. In average, Nissan was the best-performing company with around 70% value adding time across two plants, although the Takaoka and Tsutsumi final assembly line easily outperformed it with 75–80% value add. (For more on these plants, see my Grand Tour of Japanese Automotive.) 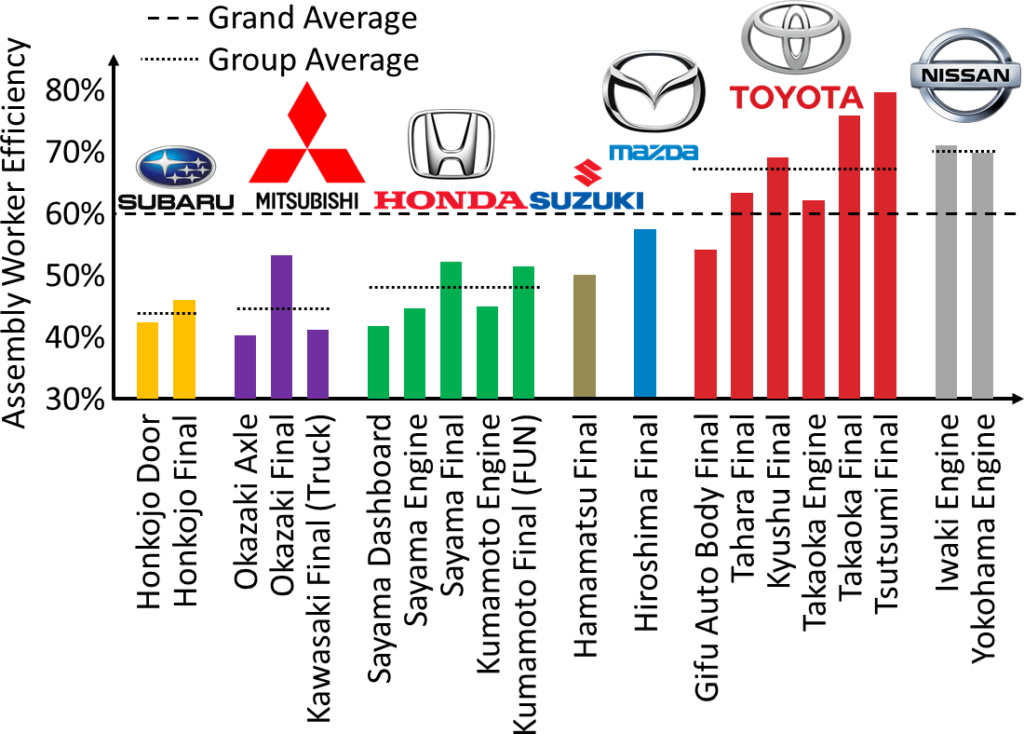 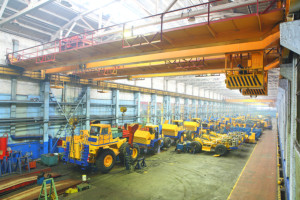 The graph above, however, also includes some other vehicle lines. The final assembly line at Mitsubishi Kawasaki has a value add of only 40%. However, this line does not produce passenger cars, but instead trucks. The cycle time is much higher, the product variety and the work content varies much more, there are more instances where multiple workers have to work together for heavy parts, and overall it would be much more difficult to reach the same percentage value add. My guess is that a top-of-the-line truck assembly line may have a 60% value add. Similarly, Honda Kumamoto is also not passenger cars, but motor bikes. Here, too, you find more variety, although the cycle time is comparable to passenger cars. Benchmark here would be for me around 70% value add.

These examples here are still all highly standardized products with a fast takt time. At the other end, you will find extremely customized products with extremely slow takt times, as for example machine tools (takt time 8 hours) or shipbuilding (takt time in months). In this case, even an efficiency of 50% would be quite good. Or you surely have seen construction sites where many more workers are standing around or generally doing waste instead of actually adding value. 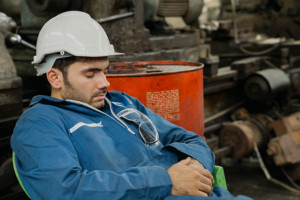 Expecting from a machine tool maker the same 80% value add as from an automotive assembly line would be unfair to the machine tool builder. Even if they could optimize their production process to 80% value add, the optimization may cost much more than the benefit of the value adding time. The best-of-bench comparison depends heavily on the product type and the assembly line.

This leaves the question: Which target is right for you? That is easy: If it is a problem, then the target is always better than what it is currently. If  it is not a problem, then put your focus on the areas that are a problem. (This also works for other targets, too. 😉 )

Becoming more efficient means to increase your percentage of value add, which means to reduce waste. In my last post, I presented a short animation loop of an assembly process with plenty of waste, and only 17.4% value add. Here it is again:

Here is a very similar animation, but this time the waiting time is eliminated. Have a look at the animation, and see or even measure how much less waste there is. I also did the measurement, and this animation above has only 20.9% value add, with a whopping 79.1% waste (35.6% movement waste and 43.6 transport waste). Still, it is better than the animation in the last blog post.

Finally, the last of three animations, where the waste is reduced even more. The parts are now much closer to the assembly line. The worker does not need to turn around or walk, but merely grabs the next roof from the subassembly line above. This reduces waste (of course assuming that you repeat the task often enough to justify the effort of installation of an overhead conveyor). You can count the value add in these animations yourself, and calculate the percentage of value add. Here, too, I did the measurement of the percentage value add.  This animation is much better, with 44.8% value add. The remaining 55.2% of waste are 19.0% movement waste and 36.2% transport waste. If you measure it yourself, you should get similar numbers. Still, quite a bit away from Toyota with up to 80% value adding time.

Overall, it is quite possible to measure and understand waste and value add quickly for manual work in manufacturing. This is the first step in improving your system and becoming more efficient. I hope this approach helps you in also understanding and improving your own production. Now, go out, understand the waste, reduce it, and organize your industry!

11 thoughts on “What Percentage Value Add to Expect for Manual Work?”