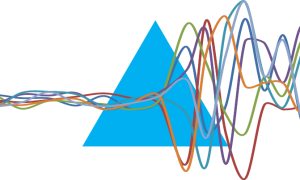 In addition to a reliable signal, it is also important to give the supplier a steady and stable demand. This means leveling your production (which is again easier said than done). I wrote a whole series of posts on the different ways to do leveling (heijunka). The more stable your orders are for the customer, the easier it is for your suppliers to deliver the products just on time. Lean tools like small lot sizes, SMED, and a good product mix help.

Hence, avoid changes in your product mix if you can. The less you change your mix, the better. If you frequently increase or decrease quantities – even if you tell the supplier a day before shipping – the supplier will need additional inventory again to cover these fluctuations.

Previously I talked about the benefit of an external milk run, or delivery routes with multiple stops at multiple suppliers. The same can be done within the plant. A milk run that delivers parts at a higher frequency than a conventional delivery will require less material at the production processes. And remember, the space there is the most valuable in your plant! Hence, if you have not done it already, consider implementing a milk run to achieve a Just in Time delivery at least between your warehouse and your manufacturing location (although, traditionally, this may not be considered Just in Time, as JIT usually involves the supplier. But the effect is the same).

One major source of fluctuations is humans, especially when planning delivery or production quantities. They may over- or underestimate demand, pool orders, or have other quirks that makes their plan less stable than it could be. If I were in their shoes, I would probably do the same, since I am merely human too 😉 .

However, if I could, I would implement a pull production, both for my own production system and for the deliveries of goods to me. I have written a lot about pull before (e.g., Why Pull Is So Great! and The (True) Difference Between Push and Pull). So, without going into too much detail, pull production will help you a lot when you try to do JIT.

A related approach is Ship to Line. The idea is to deliver arriving shipments not into the warehouse, but directly to the line (or, in general, the processes) where they are needed. This, of course, works only with small shipments, as otherwise the space around your processes would be overloaded.

Yet another related approach is Just in Sequence. The idea is to deliver the parts not only in time, but also in the sequence they are needed. This way there is less effort in sorting out the sequence after unloading, which reduces another source of fluctuation.

This is commonly done in the automotive industry with seats. Due to the many different seat variants, it is usually not possible to keep them in stock. Instead, the supplier is very close to the plant, has a direct line to the production plan, and delivers the seats for the car just in the right sequence (and naturally also just on time) as they are needed.

Focus on Your High Runners 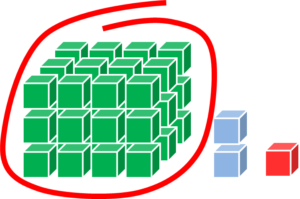 All of the previous actions are not easy. If you are just starting with JIT, then you should focus on your high runners and your expensive or large parts. High runners are frequently purchased goods, and hence have much less fluctuation than low runners. Through its larger quantity alone, the fluctuation is already reduced, making it easier for you to do JIT. 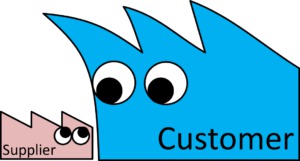 First, if you are a large or even the largest customer of your supplier, you have a lot of market power over them. Hence, the supplier has an interest to keep its biggest customer (you) happy. For the supplier, it is also an economy of scale, as it is easier to deliver JIT if you have larger quantities of goods to deliver. A common example is the automotive industry and their suppliers, although even then a brute-force approach rarely works.

What usually does not work is a small customer trying to force a supplier to do JIT. Of course, the supplier will not tell you so, but it will use lots of sweet  words that sound like cooperation. In reality, however, the supplier will try to get away with minimal effort, which usually is not good enough.

What Is Not Necessary (but may be good anyway)

After all these different things you could do, I would like to mention a few things that may not be necessary, even though other literature mentions them sometimes (e.g. a book I highly appreciate, Factory Physics by Hopp and Spearman). Here, it seems like a lot of different topics of lean manufacturing are pooled under the header of JIT. While the topics are good, some may be less necessary than others for a good JIT.

Some authors mention that single source is necessary for Just in Time (i.e., there should be only one supplier). I think this is not really necessary. While there is a small additional effort in coordinating two suppliers, I think this effort is not prohibitive. Simply schedule the deliveries as you need them, sometimes from one, sometimes from the other supplier.

The disadvantage would be smaller quantities from each supplier, and hence a tad more fluctuations for each. You also would have to make sure to alternate the delivery sources as much as possible. If you do one month from one supplier and then a month from the other supplier, then you make it more difficult for both of them.

On the other hand, dual source or even multi-source have the advantage of a more stable supply in case of disruption, strike, technical problems, bankruptcy, and so on. For this reason, many companies try to source important parts from two suppliers.

Many other things have been mentioned as a necessity for JIT, like preventive maintenance, visual management, cellular manufacturing , and so on. While they surely do not hurt, I personally think they are not a key factor for a successful JIT implementation. In any case, I hope this three-part series will help you in understanding and implementing Just in Time. So, go out, get your parts exactly when you need them (but not earlier or later), and organize your industry!