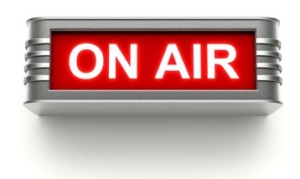 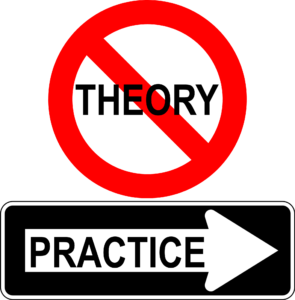 More Kanban than Material (or Equal)

If you have kanban cards left over, put them in the  stack of kanban cards at the source of the material so that the cards get processed. The sequence of the cards should be mixed, ideally not randomly mixed but with a sequence that ensures you don’t run out of parts. This is very similar to the pattern of the one-piece-flow leveling.

Of course, if it is a completely new system without any existing material yet, all kanban are mixed according to this pattern. You can (optionally) create a temporary priority that any kanban coming from the supermarket has priority over the kanban from the initial mix that still are not yet produced. This way your production follows demand even closer. But again, this is optional.

Now that all material is “kanbanized,” you have to reduce material. Whenever the customer orders a part, you get a kanban card without material. These you now can reduce until you have the desired inventory levels/number of kanban. However, this reduction has to be gradually over time. If you take away all cards that are coming from the supermarket, your workers may be idle and have nothing to do.

Now you could think, Well, I just shut down the line until I have my number of kanban. Unfortunately, this may not be good either. In all likelihood you have multiple part types on the line. In this case, in all likelihood you have too much material only for a few part types. If you now shut down the line, you risk running out of stock of the other part types which you did not have too much material for. It is probably best to gradually reduce the number of kanban over time rather than reduce all of them as soon as possible. This is part of the debugging and adjusting process below.

Training of the Workers

All workers who have to use the new kanban system need to be trained in its use. Don’t forget the night shift. At the beginning, you probably should spend quite some time at the line to verify proper use of the kanbans.

A common mistake is in the case of no kanbans at the process. In this case, the process should stop. Workers are usually hesitant to stop and may work on parts without kanbans. This is overproduction! Don’t do it. Rather, if they run out of parts, they should come to a supervisor or manager. Depending on the situation, they may be temporarily assigned to another workplace until kanbans become available again. But: No production without kanban!

Wonderful. Your system is up and running and the kanbans are circulating. This means you are probably more than halfway done. The second half of debugging, adjusting, and verifying is unfortunately all too often forgotten.

Just because the system is running does not mean that it runs smoothly. There is still much more work to debug the bugs, fix the kinks, and overcome smaller hurdles. This will make the difference between a mediocre system and a good one – but it will take quite some time and effort. Talk with the operators and foremen frequently, and see where they have problems. Mentally sort the complaints into those due to the workers not being used to a new system (nobody likes change anyway) and those that are actual problems. Try to help them with the latter ones.

Overall, this debugging process will also help you with the “check” and “act” of the PDCA sequence. If you do this debugging, you will learn if the system actually works and if it is (hopefully) better than what you had before. Don’t take it for granted that just because you changed something, it must be better than before! 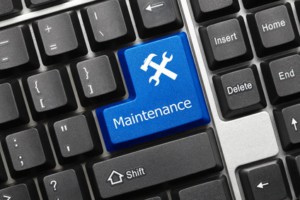 Another thing to do is maintenance of the kanban system. This is mostly two parts:

Is it the right number of kanban? If everything runs super, maybe you can remove a kanban and become even leaner. If you have some stock-outs, maybe you should add some kanban (or improve the system so it works with the same number of kanban but less stock-outs. Better, but more difficult).

Are kanban missing? Kanban do occasionally get lost. Check every now and then to see if there is still the number of kanban cards in the system that you want to have.

I wrote about this a bit more in detail on a previous post How Many Kanbans? – Estimation Approach and Maintenance.

Additionally, there is of course continuous improvement. Never stop getting better. Now go out, get better, and organize your industry!

P.S.: These two posts are based on a question by Felix.

2 thoughts on “How to Ramp Up a Kanban System – Part 2: The Switch”