In this post I would like to talk about another term that claims to be lean: lean staffing. It is NOT lean! It is an abomination. It is pretty much the opposite of what, in my opinion, lean stands for. It is a complete lack of respect for humanity. Let me explain you what it is, why it is terrible, and how to prevent this. Note that this post may include a rant here and there.

What Is Lean Staffing? 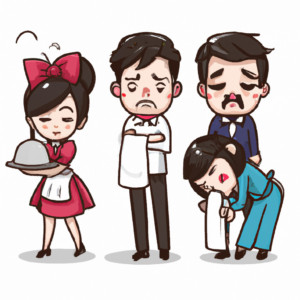 Lean staffing is a buzzword that is making its way around America. It is basically a deliberate and drastic under-staffing of whatever you want to do. You intentionally provide not enough manpower for the work, and let the employees scramble to make up for it. Or even if you provide (barely) enough manpower for the average work, it is insufficient to cover the fluctuations. Often it is combined with paying the lowest wage the company can get away with. The reason for this is simple: the owners want to save money and reduce labor cost. But this is very short sighted, as we will see.

Sometimes lean staffing is also used to properly link the tasks with the people (i.e., which person does what when). That may be of use, but the abuse to simply cut labor to the bone is bad. Really bad!

Where Does It Come From?

Lean staffing comes from the USA. It seems labor relations in the USA are on a very different level than in Europe. Europe sees a company as a social construct, and the company needs to care for its employees (and this is often required by law). In the USA, a hire-and-fire approach is common, and employees are often seen more as biological machines… and treated as such. There is a lack of compassion for workers of middle class and below.

One early driver of this was “Neutron Jack” Jack Welch, the CEO of General Electrics. He was probably the most prominent top manager who put profit before the happiness of his people. He popularized the “rank and yank” policy (nowadays euphemistically called the “vitality curve”), where the bottom 10% performing employees would be fired each year. This led to a decline in morale and motivation, as well as increased discrimination, and may not even have saved any cost since all managers now spent a lot of time on looking good. The evaluations also cost a pretty penny. Jack Welch increased the valuation of GE, but this may be mostly due to mergers and acquisitions, while the overall value of the company suffered. Overall, it is uncertain whether he was a good manager or was merely looking good.

Where Is It Used? 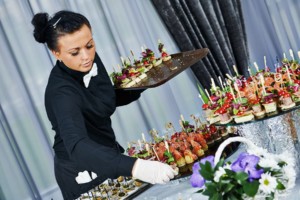 Lean staffing is most commonly found in the service industry and in development. It is more difficult (but not impossible) in manufacturing. An assembly line provides regular work, and having not enough people may stop the entire line. Additionally, technical job workers, even low-skilled ones, do need some training to do the job correctly, which has problems with high turnovers. The workload in service jobs often fluctuates much more, and an under-staffing may be followed by an over-staffing if the current demand goes down.

Why Is It Terrible? 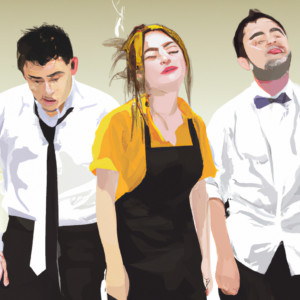 Lean staffing is terrible. First, it creates an incredible hardship for the employees. Due to the under-staffing, there is always more work than reasonable. Good work is a mixture of busy and not-so-busy times. Being required to always give 130% burns out the workforce. This is often combined with excessively long hours to still get the work done. Lots of pressure and guilt trips (“Do you want to let your coworkers down?“, “We all need to give our best,“…). I read one credible Reddit post (since deleted) where a nurse claimed she was assigned to work 144 hours in a row, or six days straight around the clock. This would be humanly impossible.

People are forced to come in when sick, do two jobs, or do jobs they are not properly trained for. Even if the staff is not exhausted already, safety measures may be neglected. Overall, the employee may get burnout, and both mental and physical health may decline. Once they can no longer do it, they are discarded by the company (i.e., fired) and the next sucker is hired.

What Are the Effects?

The effects are terrible on the employee. Mental health may decline, physical health may diminish, and the paid wages are often at poverty level. There is no time for friends and leisure, and life is simply no longer fun. If you are curious, for the US you can calculate the poverty level and the living wage for your location here livingwage.mit.edu. After looking up some data, I increased the wage of my copyeditor by 20% to make it (hopefully) a decent wage. I’d rather have a happy service provider than save a few bucks. 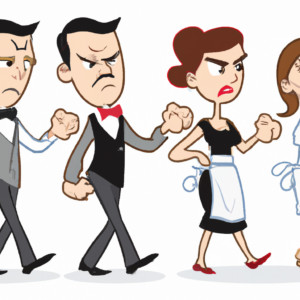 The effects are also bad for the company. The company discards a burned-out employee like a broken tool and gets the next one, and the employees are not stupid. They quickly notice if the company is abusive, and the morale of the employees drop. If the company does not treat them well, they quickly—and rightfully—no longer give a sh*t about the company either. The quality of work declines. Workers may be looking for a better job, and quit at short notice, increasing the under-staffing even more. There are multiple anecdotal examples where the entire staff just walked out, and the business had to close temporarily or permanently. The word gets around, too, and staffing may become more difficult. There is an internal memo at Amazon where they worry “If we continue business as usual, Amazon will deplete the available labor supply in the US network by 2024.” In other words, they may run out of people to hire by 2024 due to their eye-watering 150% annual turnover rate.

Overall, this is not a sustainable business. Demotivated and burned-out employees that do not care about the company. High turnover with frequent hiring and firing, including the associated expenses for onboarding, training of new employees, and severance pay or unemployment benefits for dumped workers, not to mention possible legal costs. The customer will notice, too, if the quality of the service is shitty, and may take his money elsewhere. Overall, the entire company will fall short of its potential earnings.

How to Prevent This 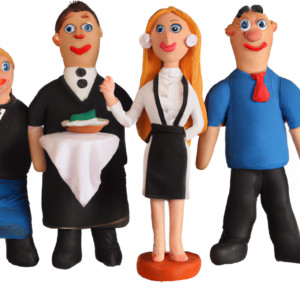 The whole problem of lean staffing seems to be mostly a US problem. While in Europe some employers would like to do this too, European labor laws protect employees from abuse. In Germany we get at least 25 days (usually 30) vacation every year. Additionally we get almost unlimited paid sick days. I have heard of employees that were finally let go after 2.5 years of uninterrupted paid sick leave. Firing is difficult and requires a very good cause. If the company messes this up, the courts will breathe down their necks. Except for gross misconduct, there is a termination period of at least 1 month before an employee gets fired and actually leaves the company. Depending on your stay with the company, this can increase up to seven months. 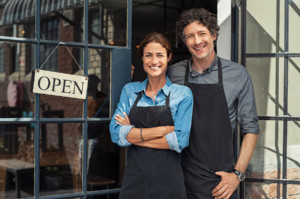 Since companies in Europe are forced to stick with the employees they have, they must treat them not as expendable but as a fixed asset, and take care of them and maintain good relations. The USA often sees workers as commodities to be disposed of if they no longer work. Europe usually sees them as investments, and they have to work on maintaining relations. Partially responsible for this are labor unions that represent the interests of the workers. Not all unions are good, but no unions would be quite bad. Unions in Germany are, in general, also seen as cooperative and working with the company to its overall success. The unions of one plant I worked at had a strike every year out of principle, but they scheduled it two weeks in advance for a Friday afternoon one hour before closing time. Hence, while they proved that they can strike, the actual impact on the plant was negligible. Overall, unions can also influence the government to improve labor relations. But in the USA, many companies are fighting against unions (“union-busting”) with legal and not-so-legal means (Starbucks, Amazon, Apple, and many more).

Overall, work life in Europe is much more benign than in the USA. A worker in the USA, even in middle class, has the constant threat of losing everything. You got cancer? Here’s your multimillion-dollar medical bill. Now you are homeless too, and still have cancer. Europe provides many safety nets like unemployment insurance, health insurance, pension insurance, and more. While you still can fall, it is unlikely to end in homeless, broken, sick ruin. This lack of safety in the USA makes many people literally sick. Crime increases, mental health overall declines, and the entire nation pays the price for a questionable profit of some companies. I have worked in both the USA and in Europe, and while Europe also has its flaws, I much MUCH rather prefer to work in Europe.

I hope this was not too much of a rant. I love lean, and it hurts me to see the total opposite of lean labeled as lean. Now, go out, respect your employees, and organize your industry!

16 thoughts on “This is NOT Lean: Lean Staffing”