Running smooth operations is difficult enough in peacetime. But it becomes much trickier if you are located in an area experiencing an active armed conflict. Yet, there are many active armed conflicts on the world, like Ukraine, Myanmar, Afghanistan, and others, many of which have been ongoing for decades. I have put together some of my thoughts in the hope that it may help people and factories in difficult circumstances, with special focus on the current invasion of Ukraine.

In the internal chat of the Lean Global Network (LGN), I came across a question by fellow LGN member Serhii Komberianov from the Lean Institute Ukraine on how to advise a client on running a plant exposed to potential Russian missile attacks. (Side note: The Lean Enterprise Institute of Russia is no longer a member of LGN, as the Russian aggression is not compatible with the ideals of LGN.)

A few years ago I also talked with a plant manager of a cement plant in Syria, which is also part of an ongoing conflict. The manager told me that they regularly had flyovers by combat jets, and they have lost employees due to shootings and bombings. He also had to bribe both sides to keep the plant running. He hated giving ISIS money, but the alternative would have been a bullet in the head and a destroyed plant. 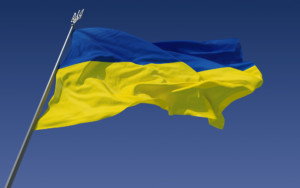 Luckily, I have never been to a war zone, and hence my knowledge is more theoretical. Few people actively want to go to a war zone. The problem is, sometimes the war zone comes to you. The plant in Ukraine would have loved to do normal business, but unfortunately Putin took that option from them by invading Ukraine. And, just to make it absolutely clear, in this conflict I am fully on the side of Ukraine and in opposition to the Russian invasion. So, what can a plant do if an armed conflict threatens the safety of its employees and the integrity of the operations? 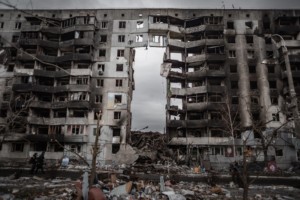 One option is to just run. But this is a hard decision with many factors to consider. Is your plant an enemy target that may be actively bombed? Russia did attack factories, but also apartment complexes, hospitals, and shopping malls. It seems these civilian attacks were not only due to really bad Russian aim, but also deliberate terrorization of the population in Ukraine.

If you run, can you relocate operations or do you have to stop completely? You may have to (temporarily) abandon equipment. Few companies can relocate easily, exceptions being for example a software company where you merely have to move a few computers.

If you stop operations, can your employees get to a safer place? In Ukraine, some may have been able to escape to other European countries. In Syria, they would be just as vulnerable at home, but now jobless and unable to support themselves. Maybe some employees can work off-site from a safer location?

How important is the plant to you, your employees, and your country? The manager of the Syrian cement plant told me how glad his employees were that the plant was still running. It was one of the few employers left in the region, and their salaries supported not only themselves and their families, but sometimes even extended relatives. The plant manager also actively supported their pride in making cement, hoping to rebuild their beloved Syria again once the conflict ends (as of this writing, unfortunately not yet). Importing cement would have been much more difficult and expensive, and would have increased the outflow of cash from Syria even more.


In sum, the decision to stop or continue operations is a difficult one. You may not be able to guarantee peacetime levels of safety. On the other hand, if everybody just ran away in Ukraine, Putin would win and that is in my opinion not a good outcome either. Individual employees have to decide if they stay or leave depending on their options and opinions. If you are an employee and are leaving, please let management know so that they can plan around this, rather than stop showing up and let management worry about whether you are even still alive. The management of the plant overall also has to decide at what point the risks of continuing operations outweigh the benefits.

It helps for plant management to discuss this with the employees and to get their input in this difficult decision. If the entire plant shuts down, it would be helpful to decide what to take along, what to leave behind, and what to destroy so it does not aid the enemy. In some cases, like the Azovstal iron and steel works in Mariupol, the plant was even turned into a fortress that gave Putin a big headache for a looong time.

But again, this is a very tough decision! 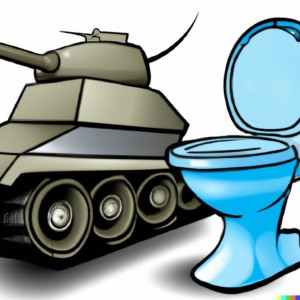 It is also not a decision that you make once. It is a decision that has to be continuously updated, depending on how the conflict develops. Is the frontline getting closer or moving away? Did one (or both) sides start to use violence and terror against civilians? What happened to other plants and their employees that are closer to the fighting? Do you still have customers? Can you get your products to the customer, or are you producing washing machines and toilet bowls on inventory for the enemy to steal?

Again, deciding to stay or leave is not an easy question, and also a question that needs to be re-evaluated regularly. If you do stay, there are some steps that can improve the safety of your people and your company. Hence, in my next post, I will look in more detail at how to protect your employees and your company from the actions of war. Now, go out, stay safe, and organize your industry!

PS: I wanted to write something in support of Ukraine and fitting the theme of this blog for quite some time now. Many thanks to fellow LGN member Serhii Komberianov from the Lean Institute Ukraine for giving me the inspiration!

4 thoughts on “Manufacturing in a War Zone – Part 1”