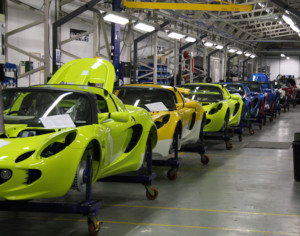 Mass production makes items faster, better, and cheaper. The larger your production volume, the lower your cost and, subsequently, your product prices. This is common knowledge, but what is not well known is the magnitude of this effect. In this post I would like to show you a few comparable products, albeit with vastly different production volumes, and hence different prices.

Mass production makes things cheaper. The larger the quantity, the cheaper the product, while at the same time the product also has better quality and is produced faster. Production quantity has a huge impact on cost. Increasing volume has a particular impact for small production numbers, albeit the relation is not linear. Increasing your production volume from 10 000 to 20 000 (∆ 10 000) will result in a significant cost savings, whereas going from 1 000 000 to 1 010 000 items (also ∆ 10 000) will reduce the price only marginally. At some point, there may even be a diseconomy of scale, where further increases in volume may increase overall cost.

Please note, I am talking about total production quantity (e.g., items per year), not lot size. A smaller lot size has lots of benefits for production, as it reduces fluctuations. But here we look only at the total quantity. Also, we do not look at one product variant only, but at a product group where many somewhat similar items are produced. This would be mass-customization. 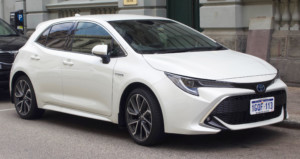 I am looking at a few different products with a comparable complexity. The first one is a normal car, namely the Toyota Corolla, which was the bestselling car of 2020. It sold over one million vehicles in 2020. The model was first introduced in 1966, and the current model is now in its 12th generation. In 1997 it overtook the VW Beetle as the best-selling car ever, having sold 50 million cars at that point. 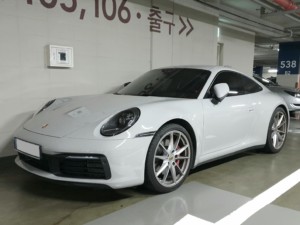 Continuing with cars, the best-selling luxury sports car is the Porsche 911. It sold 28 000 vehicles in 2020. Since its first sale in 1964, it has sold over 1 million vehicles in total. That is quite a lot, but still much fewer than the Toyota Corolla. 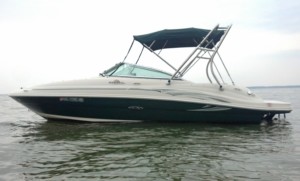 The next product is a boat. I am looking in particular at the best-selling pleasure boat, the Sea Ray. The manufacturer with the same name is part of the Brunswick Boat Group. The boats come in quite different sizes, ranging from 6-meter to 20-meter yachts, and hence also have quite different prices. The Brunswick Boat Group does not publish sales numbers, but they sell more than 2000 boats annually, with the shorter (and hence cheaper) boats being more popular. There are also different models: for example, the Sundancer, Sun Sport, and many more. To make it comparable, I will be looking at smaller boats with outboard engines. 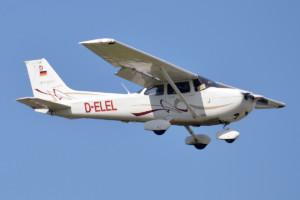 The last product is a private propellor plane. The best selling propellor plane in 2020 was the Cessna 172 Skyhawk, with 214 items sold. This model had its first flight in 1955, and by sales is probably the most successful aircraft with almost 50 000 sold so far. It is a very popular private plane, affordable to middle class if you really insist on having one. The upper crust, of course, prefers private jet planes.

My argument is that these products are all somewhat comparable, except for the production volume. I am fully aware that this comparison is imprecise, but for a rough estimate it is good enough. All of these products are designed to move people around, and hence fit comfortably around their passengers. The Corolla usually has 5 seats, the Porsche 4 (although admittedly the back seats are better suited for children and other tiny humans), the smaller Sea Rays fit 8 people or more (although this quickly gets crowded), and the Cessna has again 4 seats.

Next let’s look at the weight. Both cars are almost exactly 1400 kg (varying slightly also by the exact features). A 7-meter Sea Ray boat is somewhat heavier, with a weight between 1500 and 2200kg. Unsurprisingly, the Cessna is designed to be lightweight, and it weighs only 762kg (empty and without pilot). The dimensions are also similar, with the Corolla usually being 4.5 x 1.79 x 1.45 m in length x width x height. This is almost the same size as a Porsche with 4.5 x 1.9 x 1.3 m. The boat is obviously bigger, with the exact size depending on the model, but somewhere around 7 x 2.6 (the height varies with the awning). The plane is obviously the biggest of the bunch at 8.28 x 11 x 2.72 m, where a larger wingspan is needed for it to function.

So again, my argument is that these products are roughly comparable. If anything, the cars are more complex. The boat is probably the least complex product, having neither wheels nor suspensions, and not even brakes. Even the gearbox is much simpler than a car’s. It is in effect a fancy bathtub with an engine, where a standard engine is often attached to different boat models. The plane does need wheels, but the suspension is much easier. On the other hand, a higher level of quality and safety is needed. A car that breaks down simply stops. A plane than breaks down still moves … straight down into the ground…

The comparison of the specifications above all yielded pretty similar values. Maybe sometimes one product has half the weight or is twice as powerful, but there are no enormous differences. However, both the quantity and the price differ enormously. For every Porsche 911 there are 40 Corollas. For every Cessna there are over 1000 Corollas produced. At the same time, you get 4 Corollas for a Porsche, and almost 20 Corollas for a Cessna.

It is not that a Porsche is 4 times better than a Corolla, or a Cessna 20 times better than a Corolla. While of course there are differences in quality and craftsmanship, the main difference is the production volume, or – if you so will – how exclusive the product is. The smaller your sales volume, the fewer customers have to share a bigger part each of the fixed costs like development, tooling, and so on. If the world would buy a million Cessna’s every year, then you probably could get one for the price of a Corolla. Quality would improve too, since if you have a million products, you have so many more opportunities to detect and fix problems.

If you sell a million Porsche 911s per year, the price would go down too, although it probably will still be more expensive than a normal car, even though Porsche benefits heavily from the development of engines and other components that are later produced in larger quantities at Volkswagen also for other products. While we all know that the fixed cost has to be distributed among the customer base, I am over and over again surprised how large this effect is (even though in theory I know it well). Anyway, I hope this little musing on volume and cost was interesting to you. Now go out, dream of having a Porsche if everybody else would also buy one, then realize that this would also now no longer impress the girls (or boys), and organize your industry!

7 thoughts on “The Benefits of Mass Production”