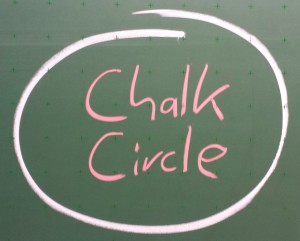 One of the famous teaching methods by Taiichi Ohno is the chalk circle. The method itself is simple. A circle is drawn on the shop floor near a point of interest. A disciple is put in the circle and told not to leave it until he is picked up again by the teacher. 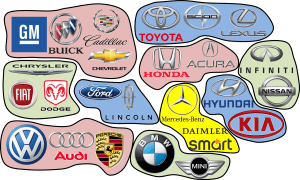 The largest ten car makers sell over 200 different car models on the US market. Without vans, SUVs, and sport cars, there are still 100 consumer cars left. Toyota has the largest number with a total of 14 models, yet they still have an excellent market strategy and very little self cannibalization. BMW has much fewer models, yet still manages to cannibalize itself. GM has 13 models and also steps on its own toes, while completely missing another market segment. This post is based on a master’s thesis of one of my students, Amir Javanshir, and the detailed source is at the end of the article.

Often, implementing “lean” means management is picking the latest lean-related buzzword and telling their people to implement it. This is wrong on so many levels. For one, a lean project should always start with a problem, not a solution. On another level, good manufacturing is all about the nitty-gritty details. Both normal operations and improvement projects need a lot of attention to details. Unfortunately, this is frequently lacking in many companies. In this post I would like to show you the level of detail for operator training in some excellent companies.

One of the main aspects of lean manufacturing is quality. This post discusses the differing attitudes regarding quality in different corporate cultures. In particular, the Toyota brake recalls and the GM ignition recalls are compared.

Toyota has developed what is probably the finest production system in the world, the Toyota Production System. There is general consensus in the rest of the world that its methods and philosophies can significantly improve efficiency and quality, to the point that anything Toyota does is admired and copied. Some practitioners seem to wear rose-colored glasses when talking about Toyota. However, like any company, Toyota does have its fair share of problems and mishaps to deal with, from the 1950 near collapse, to the US gas pedal recalls during 2009–2011. This post will discuss the employee relationship crisis at Toyota around 1990 and Toyota’s countermeasures. 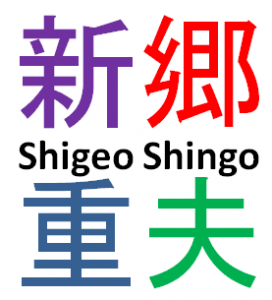 Shigeo Shingo is a name that everyone in the United States lean community knows. He is considered “the world’s leading expert on manufacturing practices and the Toyota Production System,” an “engineering genius,” and the foremost guru of lean production. Some sources even claim he invented the Toyota Production System and taught Taiichi Ohno. Unfortunately, his achievements were much less stellar than this, but he was very skilled in the art of self-promotion.