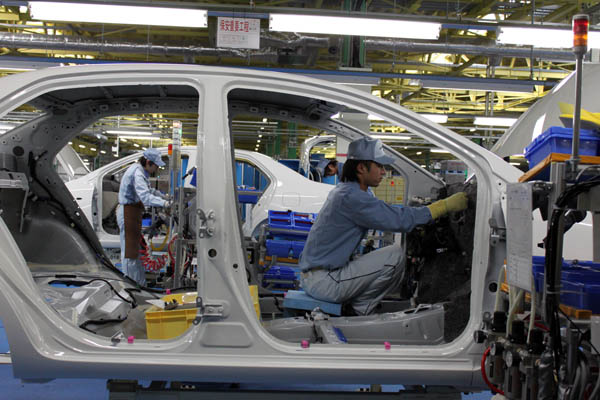 New Toyota factory in Ohira, near Sendai, Miyagi Prefecture, Japan. A month after this picture was taken, the region was devastated by the March 11 earthquake and tsunami. The plant was only lightly damaged, but remained closed for more than a month, mainly due to lack of supplies and energy, in addition to a badly damaged Sendai port. File:Toyota Plant Ohira Sendai.jpg by Bertel Schmitt and licensed under the Creative Commons Attribution-Share Alike 3.0 Unported license.