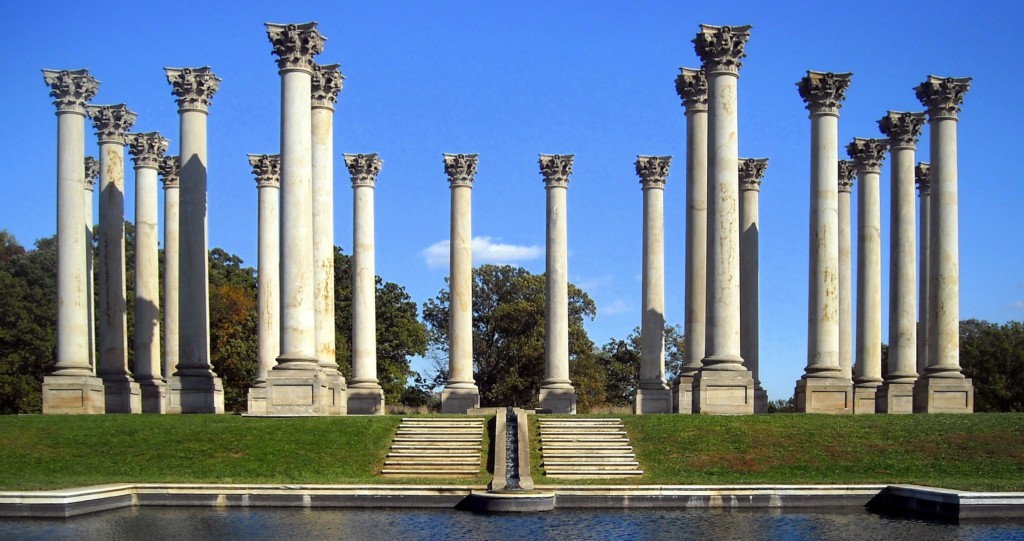 The National Capitol Columns located at the United States National Arboretum in Washington, D.C. The columns originally supported the old East Portico of the United States Capitol (1828). They were removed during expansion of the Capitol in 1958 and placed in the National Arboretum during the 1980s. Used as an illustration for columns pillars, house of (something), etc. File:National Capitol Columns – Washington, D.C..jpg by AgnosticPreachersKid and licensed under the Creative Commons Attribution-Share Alike 3.0 Unported license.