In my last two posts I described why and how to establish a system for handling priority work orders. This post discusses how to actually prioritize your different work orders.

Hint: It has a lot to do with the quantity of a particular product ordered. The more frequently a product is ordered, the easier it is to provide the parts through inventory rather than rush orders. But … I rush ahead 🙂 .

Prioritization is a tool to reduce your lead time (i.e., the time between the production order and the completion of the product). You do this by prioritizing some products, and hence de-prioritizing others. Your priority products will be faster, your de-prioritized products slower.

A faster lead time can help you to react faster to changes in customer demand.  However, if you produce only stock-keeping units, then you should be able to buffer most, if not all, fluctuations simply by having them in stock. Here there may be two reasons to prioritize.

Prioritize to Reduce Inventory of Large or Expensive Parts 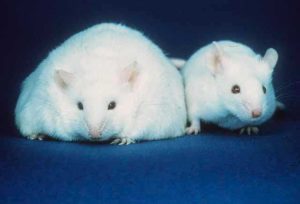 Assume you have only made-to-stock parts. In this case you could start prioritizing the most expensive products, or the products that take up a lot of space. If you prioritize these products, then you may need less inventory for these expensive and/or large products. This may reduce your inventory cost and free up some space. Just keep in mind that you gain this benefit with a slightly increased inventory needed of all other non-prioritized (smaller and/or cheaper) products.

Overall, this prioritization may be quite a bit of effort, with a benefit that is in sum not too large. Hence, if you prioritize only for this reason, it may or may not be worth the effort. But it may be a suitable approach for some sections of your value stream with particularly expensive products to reduce the overall inventory.

A much more sensible way of prioritization is to prioritize products when you are in danger of running out of stock. Especially when running out of stock, many supermarkets may have an early warning system indicating a potential stock-out. The supermarket has some color markings in red (or more colors). If the inventory level reaches the red mark or goes below it, it is a signal that a stock-out is imminent and this product needs to be prioritized to replenish the goods before a stock out. Hence, the manager can move some of the cards for this product to the VIP lane to speed up production.

This way to prioritize your orders for your VIP lane is usually done through manual prioritization. A manager or supervisor that has a good overview of the current needs of the market can select certain jobs for a higher priority. This person could pick work orders that are particularly urgent for the customer or upper management, or could prioritize orders where there is a danger of running out of stock. 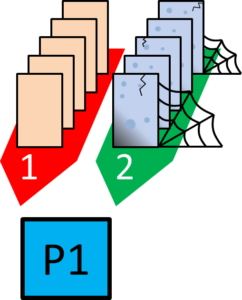 Such management intervention has to be handled with care. An empty VIP lane may be a temptation for the manager or supervisor to give some jobs the VIP treatment. However, for the system to work,  the VIP lane must frequently be empty or the non-VIP lane would again collect dust. Hence, the executive VIP treatment also has to be used sparingly, or the effect vanishes or even becomes worse.

There is a second risk with this management-priority system. I sometimes got the feeling that supervisors used this system as an excuse to do whatever they felt was right. They simply prioritized whatever they wanted to do next. While doing this with the best intentions, it totally invalidates the second non-priority queue. And for me, the automatic sequence of the kanban is often a better prioritization than even a well-intended manual system. Hence, be wary about too much intervention, as it may make things worse. 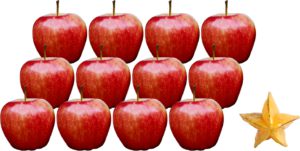 One of the easiest ways to distinguish is by production quantity. You have high runners, and you have exotic parts. Often – according to the Pareto principle – 20% of your parts is 80% of the workload. Now you could distinguish between VIP and non-VIP simply based on the part being a high runner or not. The question is: Should you make the high runners as VIP (since they are only 20% of the parts), or should you make the exotics VIP (since they are only 20% of the work)?

There is a very clear answer to that! The exotic parts should be VIP! This may sound counter-intuitive for some. Normally, the high runners are the most important products, and hence it is sometimes (mistakenly) believed that they should get the VIP treatment. This is terribly wrong!

If you would make the high runner into the VIP, then 80% of the work in the system would be priority, and hence there is not really any advantage. Even worse, the exotic parts (20% of the work but 80% of the part numbers) would have a much, much longer lead time, since they always have to wait on the (many!) high runner parts. In addition, not only would the lead time increase, but also the fluctuation thereof.

Assume you’re at the airport as a non-gold-status member, and 80% of the other passengers would be gold status. Your waiting time would be not only much longer, but the fluctuation of this waiting time would also significantly increase. Sometimes you would have to wait long, sometimes longer, and sometimes extremely long. To cover this longer and highly fluctuating lead time for the exotic products, you would need an insane amount of inventory.

It is much, much (MUCH!) better to make the exotics into priority products. Since we are talking about only 20% of the work, the lead time for the exotic parts would be significantly reduced. Hence, the inventory for the exotics may be reduced. This, of course, also means that the lead time for the high runners would be slightly increased. But they are high runners. You already have a high demand, and a high demand usually means a stable demand. Hence, there would be only a small increase in fluctuation. Your total overall inventory (high runners and exotics combined) may be less than before if you prioritize the exotics only!

Hence, this type of high runner vs. exotics prioritization often has benefits. It can also be implemented as part of the regular standard. It is more work and effort for the people, hence I would not implement it everywhere but only where there is a pressing need.

In my next post I will focus on made-to-stock items and mixed systems. Until then, stay tuned, and go out and organize your industry!