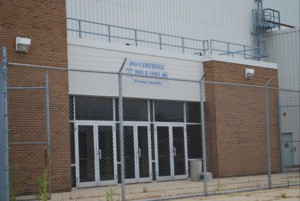 A good manufacturing documentary on Netflix is American Factory. This movie follows an American automotive plant that closed some time ago, and was reopened by a Chinese car glass manufacturer. It documents the differences and problems between employees and management in general and the cultural clashes between Chinese management’s and American workers’ expectations in particular. It is in fact very similar to the 1986 movie Gung Ho, except Gung Ho is a fictional comedy, whereas American Factory is as real as it gets. Good to watch!

American Factory is a Netflix documentary from 2019, supported by Michelle and Barack Obama. The movie follows the (real) Chinese company Fuyao, which specializes in glass production. It was filmed between 2015 and 2017 in their (real) Moraine plant in Dayton, Ohio and in Chinese production locations. It won, among other prizes, the 2020 Academy Award for Best Documentary.

The directors of the movie knew the plant well, as they had already made a documentary ten years earlier, The Last Truck: Closing of a GM Plant. This film also had no commentary, but featured only the dialogue of the workers, managers, and other people in the movie.

Fuyao Glass Industry Group Co., Ltd is a Chinese company specializing in glass, including floatglass (for flat sheets), automotive glass, and glass for construction. It is the largest automotive glass supplier, with a market share of 25% according to their website (although in the movie they state 70%).

It was founded in 1987 by Cao Dewang (曹德旺, born 1946), and currently has around 26,000 employees. It has sixteen production locations within China and nine abroad, of which four are in the USA.

The Moraine assembly plant was originally a household appliance plant for Frigidaire (1951–1979) and then a General Motors automotive plant  (1981–2008).

GM claim that the economic downturn, the rising fuel prices, and the subsequent drop of SUV sales forced them to close the plant.

In 2014 Chinese glass maker Fuyao bought the plant, receiving a package of grants and tax incentives worth almost $14 million, but in turn creating 2,000 jobs for Moraine and returning around $280 million to the Ohio economy (2016 estimate). Nevertheless, the wages were significantly lower than with GM. One worker was making $29/hour at GM, but only $12.84 at Fuyao. Nevertheless, many workers jumped at the opportunity, realizing that the good times with GM had gone and would never come back. For many, it was a chance to get back to middle class.

There are some interesting cultural comments throughout the movie. For example, when the Chinese workers have their introduction session, the moderator states, “America is a place to let your personality run free. As long as you’re not doing anything illegal, you’re free to follow your heart. You can even joke about the president. Nobody will do anything to you.”

It takes quite some time for both sides to adjust. Throughout the filming of the movie, 3,000 people are hired and either fired or quit, of a workforce of less than 2,000.

There are various efforts from both sides to bridge the cultural gap. The CEO Cao Dewang declines a suggestion to put up both US and Chinese art in the lobby, and says to use US art only, stating, “When in Rome, do as the Romans do.” He seems willing to adapt to US cultural norms. But if you have ever lived abroad, you may know how difficult it is to leave your own cultural baggage behind. Unfortunately, he does not seem to speak much English and always has to work with a translator.

At the same time, many Chinese expect obedience like they were used to from Chinese workers, whereas the US workers often speak their mind freely. This leads to multiple clashes, from the need of a tent for the opening ceremony (CEO in March: “In October, the weather will be like it is today …”) to the placement of the smoke detectors (US employee: “It’s required by law to have one in here, and it has to be that height.” – “We can move it to that corner.”). The CEO also sometimes talks down to US workers like he would in China, “…you have to think […] before you do…” which does not come across well. Often, the search for the guilty one is more important than the search for the problem. “Everyone who grows up in the US is overconfident […] Americans love being flattered to death.”

On the other hand, some of the employees make good friends with colleagues from the other country. Some US employees invite the Chinese to barbecue. The BBQ is followed by another popular US pastime, shooting some guns … which the Chinese really seem to enjoy. One US employee even comments, “My brother, he’s my Chinese brother. I would have his back, just like I’d have one of my own brothers. I just… I think the world of him.” Some employees’ trip to the Chinese plant also helps bring the two cultures closer together, with one US worker stating misty eyed, “We’re one big planet.”

Another issue that pops up frequently is health and safety. One worker working regularly with close to 200°C (400°F) hot glass has problems with the heat. Some workers get injured. Emergency exits and fire safety are other concerns. In another example, there is an allegedly unsafe disposal of chemicals into the sewers.

A scene in at the plant in China shows workers without safety glasses and cut-resistant gloves sorting shattered recycling glass by color. Overall, the Chinese attitude toward health and safety does not seem to be up to American expectations.

A repeated complaint from the Chinese managers is the productivity of the US workers. “They’re pretty slow. They have fat fingers.” They frequently complain that they “haven’t reached our goals,” “American workers are not efficient, and output is low,” “American workers are too lazy,” and similar statements. Losses for January to October are supposedly $40 million.

About working times, the Chinese complain that Americans work only eight hours per day, with weekends off, whereas in China they work twelve hours per day with much fewer days off.

However, the Chinese also acknowledge that there are some extremely diligent US workers. Some Chinese also realize that many Americans – far from being lazy – have to work two jobs to make ends meet. They realize that their image of the US is not always correct. “I always thought Americans lived a comfortable and superior life. I thought they didn’t have to make any sacrifices.”

Probably the biggest “problem” for the Chinese are the unions. This starts with the opening speech of Senator Sherrod Brown, praising the “rich history of unions and management working together” in Ohio, to the complete surprise and strong displeasure of the (US and Chinese) managers of Fuyao. The Chinese managers are very clear: “We don’t want to see the union developing here.”

They have unions in China too. In fact, all workers are union members. However, the chairman of the Fuyao Workers Union is also the representative of the communist party. Since the communist party represents all people, there is no need to ask the people directly what they would like. Overall, it is doubtful how much Chinese unions actually represent workers’ interest. US unions are much stronger.

In any case, since productivity does not improve as planned, and there is the risk of unionization, the Chinese take drastic measures. The president and the vice president of Fuyao USA get replaced by Chinese or Chinese-American managers, along with other US leadership. They spend $1 million on “Union Avoidance Consultants” and the “Labor Relations Institute,” which keeps on telling their employees in multiple mandatory sessions how bad unions would be for them, claiming that with unions it “becomes illegal” for workers to talk to managers. Ringleaders of the unionization movement get fired. The management prevails, with 868 votes no, and only 444 yes regarding unionization, meaning there is no union at the plant. Overall, they seem to have worked out (most) of their problems. The plant turns a profit from 2018 onward, and is currently expanding.

At the end of the movie, the CEO Cao Dewang also ponders in self-reflection if all his work really has made a better world. “Have I taken the peace away and destroyed the environment? I don’t know if I am a contributor or a sinner.” But he concludes that “The point of living is to work.”

Relations between the employees and Fuyao is still not very good. On Glassdoor, Fuyao Moraine is ranked with an abysmal 1.8 out of 5 stars, based on 17 reviews, although Fuyao North America ranks more mediocre with 3.3, based on 74 reviews. For comparison, the average rating for US companies on Glassdoor is 3.3. The reviews are often rather critical, often explicitly mentioning China:

Anyway, the movie very nicely portrays the cultural differences between China and the USA. It looks into capitalism versus communism. I enjoyed watching it, also noticing details like a “continuous improvement supervisor.” A female dancing group in China singing about “intelligent and lean manufacturing” was something I haven’t experienced before … or the spontaneous American YMCA dance … or the company group wedding of six couples that followed the dancing. Anyway, if you have time for some light entertainment while calling it work, this is a movie you could watch. Now go out, watch a movie, and organize your industry.

PS: A lot of people contacted me with more suggestions for manufacturing-related movies. Here is a short list, sorted by publication date. Some have more, others less about manufacturing, Please note that I have not (yet) watched them all. Many thanks to Michel Baudin and Steve Milner for some of the suggestions.