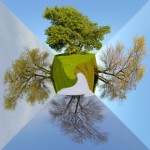 The speed of modern business is continually increasing.  Product life cycles of cars and mobile phones are decreasing, and customer demand is more volatile. Gone are the days of Henry Ford, who produced his Model T for almost 28 years without much change. Modern manufacturing systems need to be prepared for a constantly changing environment. The challenge has been realized for quite some time now, and there are a multitude of expressions related to this problem. This post will discuss many of these terms related to the challenge of change.

Active  and Passive Change to the Manufacturing System

Generally speaking, the ability of manufacturing to react to change can be grouped in two parts:

Naturally, a passive change is preferable when possible. Examples for a passive system are kanban or CONWIP (i.e., any system that limits the work in progress). Using such an approach, the manufacturing system never gets overloaded but can run much smoother than a system where every order is pushed in immediately.

Change in a manufacturing system is inevitable. There are different sources of change, requiring different responses to counteract its effect. In short, everything changes. Below is a list of possible sources of change in more detail.

There are more sources of change, depending on the level of detail you go into. However, the focus of this post is different aspects to face this constant barrage of change.

What the Industry is Talking About (… and What They Mean)

Below is a list of terms used to express different approaches to face change in manufacturing. Unfortunately, these terms are used differently by different researchers and practitioners. My goal is to give you an overview of what is out there:

One popular example in automotive is Toyota, which was the first automotive company to assemble completely different car models on the same assembly line.

According to Google Ngram viewer, the term was very common and popular around 1990, but since then has lost its luster. The graph shows that the use of the words “flexible manufacturing” started around 1980 and peaked around 1990. Since then the usage of these words fell significantly, yet at its peak it was one of the most important keywords in manufacturing.

Below are the Google Ngram results for agile manufacturing. The term was unknown before 1990, but peaked already around 1996, only slightly below the peak of flexible manufacturing.


Below are the Google Ngram results for reconfigurable manufacturing. The term was unknown before 1990, but shows strong growth from 2000 onward. It seems that the meaning is identical with agile manufacturing above, only the names have changed.

Robust, by definition, means that the robust manufacturing system is insensitive to problems and challenges that arise. This can be achieved, for example, through redundancies. If you have only one machine for a critical process, then your entire system is in danger if the machine breaks. The same applies if you have only one employee able to program or operate this critical machine(s) – and believe me this happens way more often than you would think.

One step up is to not only have more than one machine, but to have more than one location. For example, one of the largest cardboard manufacturers, the Mayr-Melnhof Karton AG, uses a multi-site concept in case one of their plants has to stop operations for whatever reason.

However, in industry and research, the term “robust” is sometimes also used as a synonym for “flexible” or “agile,” even though they are, strictly speaking, not the same.

Below are the Google Ngram results for robust manufacturing. Starting in 1980, the expression shows steady growth. Unfortunately, Ngram data is available only until 2008. However, from my experience, there is still a lot of talk about robust manufacturing in industry.

Another way of saying “agile manufacturing “is “adaptable manufacturing.” However, in research, adaptable manufacturing considers unforeseen future events during factory planning. You can already include a lot of flexibility, adaptability, and robustness options when deciding where and when to install new equipment or establish new plants. Do you establish a plant in a country because it is cheap, or do you also consider that political unrest may burn down your plant three years from now? (I was thinking about naming an example country, but then there are too many that are on shaky ground. 🙁 )

There are many other terms and buzzwords flying around in industry and academia. Here is a selection of additional terms in use:

In any case, I hope this brief overview of flexibility in manufacturing was interesting to you. Now go out and improve your Industry!