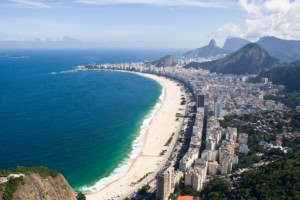 The Copacabana is a very nice beach in Rio de Janeiro. Spelled slightly differently, COBACABANA is a production control approach. Here, COBACABANA stands for Control of Balance by Card Based Navigation (sometimes also abbreviated to COBA). It is an approach to manage a job-shop workload of custom orders using paper cards. A lot of paper cards, in fact, which also makes the method a bit complex, and I am doubtful if this method is practical. Let me show you how it works.

COBACABANA was developed by Martin Land and improved by Matthias Thürer (Side note: I do like his book on Card-Based Control Systems quite a bit).

COBACABANA aims to help with the management of job shops, especially the task of keeping your processes busy without overloading one or idling the other. This is a daunting task that many have tried but few succeeded at. Furthermore, it does so using only paper cards. As a result, the method is rather complex.

COBACABANA breaks the flow of a customer order into two main parts. When the customer order arrives (or is accepted), it first goes into a pool of open jobs waiting for production capacity. Once the order is released for production, the job travels through the shop floor, which is the second part.

A push system would simply release these open jobs into the factory. A pull system, however, controls and limits the amount of work on the shop floor. COBACABANA is a pull system, as it releases work into the shop floor only if capacity is available.

The Release from the Pool of Open Orders

A customer orders an item. This item would need to be processed at different machines within the system. The time needed for this order is estimated for every machine. Assume an order of parts would need six hours of milling, eight hours of hardening, and four hours of grinding. This order first goes into the pool of open orders before being released for production.

To keep an overview of the workload, each process has a set of acceptance cards representing a certain workload that is already in the pool for this order. This is shown below. In this example, each card represents two hours of work. There are already open orders in the pool equivalent to ten hours of milling, eighteen hours of hardening, and eight hours of grinding. For easier visualization, each process has its own color.

Afterwards, the acceptance cards stack would look like the image below. Hence, the person managing the stack always has a good overview of the work that is already committed to the customer but not yet released.

A similar method is used for the release of the orders. The backbone of every pull system is a limit on the work in the system. Most pull systems merely count the number of jobs, but COBACABANA actually measures the workload. The approach is similar to the pool of open orders above, except that there is a fixed number of cards. These cards are called Release Cards. The total number of cards represents the maximum amount of work you want to put into the system at the same time.

An example is shown below. Each card represents a certain amount of work. For simplicity’s sake, I also assumed each card is the equivalent of two hours’ worth of work (although the original author suggested 1% of the desired maximum workload – in which case you would end up with one hundred cards per station).

When releasing a job from the pool to the shop floor, the acceptance cards go back to the pool. The release cards are removed from the release stack and attached to the open order. You must have enough release cards to release the order; otherwise the order cannot be released and has to wait in the acceptance pool. The jobs are released according to their planned release date, with the hope that the most urgent job will be the next one in line for the shop floor. 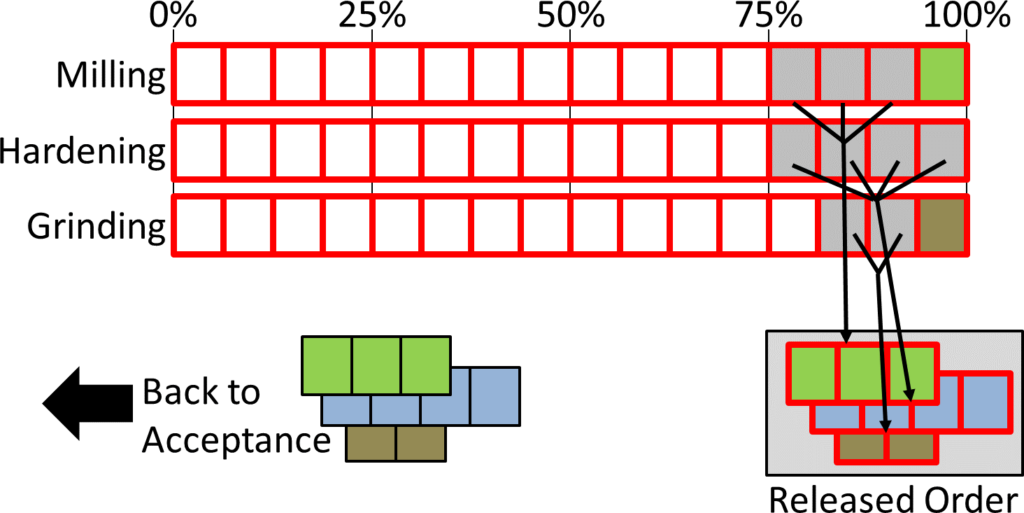 In our example, we just barely had enough cards for hardening to release the order to the shop floor. The release stack afterwards is shown in the image below. Hence, the order release always has a good overview of the current workload of each station (although again at the cost of quite a lot of cards).

Once the job is completed, the release cards go back to the release stack to be available for the next jobs to be released.

Since the method was originally presented by Land in 2009, the method has been adjusted a bit. Quite a bit actually. While it does have the same name, consider it COBACABANA 2.0 (or even 3.0).

Literature describes a use to estimate a due date based on the data from the release pool under the assumption that the lead time on the shop floor is relatively stable (although I am a bit doubtful of that). 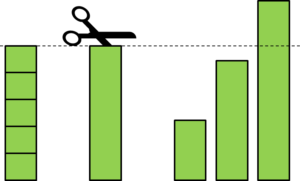 To avoid the inflationary large number of cards for different jobs, Thürer recommends instead using only a single custom card per job and workstation whose size (i.e., length) represents the workload for this station. This significantly cuts down on the number of cards, but requires the cutting of custom-sized cards for every job. Since this update to the method, they have figured out that cutting cards is cumbersome, and now recommend cards in different standard sizes. Here it seems three sizes (small, medium, large) is good enough in terms of accuracy. You simply pick the card whose size matches your workload best. 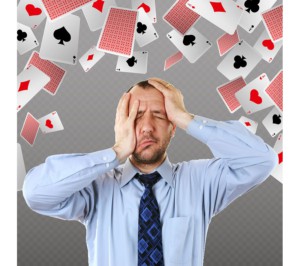 Overall, the approach looks a bit theoretical. I have the feeling that there is not yet any beneficial real-world application, and that not all kinks and issues of the method have yet been fully debugged. There is definitely ongoing work (e.g., workload representation changing from many single cards of same size to custom cut card size to different standard card sizes…)

The number of cards (or the cutting of custom card sizes) and its complexity is an issue for me, albeit in my opinion there simply are no good AND easy solutions for job shop control.

I do like the focus on a purely paper-based system without any ERP system that most people don’t really understand. In that aspect, COBACABANA is quite unique. It is the only purely paper-based method that manages the workload of a job shop.

In any case, there seems to be an ongoing stream of publications on the topic, mostly by Thürer, and maybe in the future there will be more updates and changes to make the system easier to use. In the meantime go out, use kanban, CONWIP, or POLCA, and  organize your industry!

3 thoughts on “Production Control with COBACABANA”