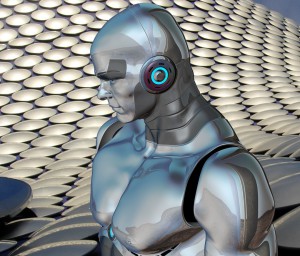 One of the hottest buzzwords right now (at least in Germany) is Industry 4.0. However, it’s a bit fuzzy what Industry 4.0 is, exactly. In this post I would like to talk about Industry 4.0. This includes very little about all the promises of a wonderful future – you can read that elsewhere. Instead, I will try to give you the big picture. I will talk about how Industry 4.0 came into existence, why it is so popular, what the true current benefit of Industry 4.0 is, and why you should pay attention to clothes.

How Industry 4.0 Came into Existence

Around 2011, the German research union for economy and science (Forschungsunion Wirtschaft-Wissenschaft) approached Chancellor Merkel. Their proposal was to start a research program for computers in industry, funded by the government, to maintain the technological edge for the German industry. Its name? Industrial Revolution 4.0.

After cleaning up these problems with  the nomenclature, the program received the go-ahead. The research program was funded with 400 million euro and announced to the public at the Hanover Fair (Hannover Messe) in 2011. 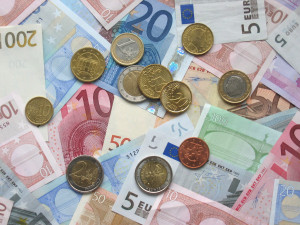 As it turned out, nobody was quite sure what Industry 4.0 actually is. Everybody agreed that it is something with computers in industry. Yet, since Industry 4.0 came with 400 million euro of government research funding, academia and industry were scrambling to put their topic on the agenda to get a piece of the pie. Resulting topics include anything even loosely related to computers in industry. This includes Big Data, 3D printing, facial recognition, the Web 2.0, autonomous vehicles, anything with cloud computing, and many more.

You can read quite long documents about Industry 4.0, which say pretty much the same on every page using different words: it is something with computers and industry! I totally agree that usage of computers will increase, and that this will reshape the way we make things. However, the actual content of industry 4.0 is very vague and fuzzy, with few results to show.

Internet of Things and Cyber-Physical Systems 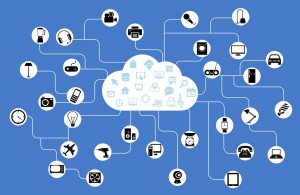 One of the more promising topics is cyber-physical systems, or the closely related Internet of Things (IoT). The idea is to digitally connect machines and even parts. Hence, information about the current status should be available much more readily, and large quantities of data are provided for analysis.

The hardware is already mostly there. Wired and wireless networks can connect machines and systems. Radio Frequency Identity Chips (RFID) allow each part to transmit its identity wirelessly to a computer. Implementations are still a bit buggy, but overall it works.

The software systems that use these data, on the other hand, are still far from their potential. You could say we are missing the “killer app“. The visions are there. For example, it would be possible for machines to recognize an upcoming breakdown and signal for countermeasures beforehand. Inventories could be monitored in real time, rather than struggling with the difference between ERP systems and reality. The parts could plan their own production sequence using swarm intelligence.

It is estimated that this would bring benefits of over 270 billion euro per year in Germany alone (estimate of the Fraunhofer Instituts für Arbeitswirtschaft und Organisation [IAO] and BITKOM). However, we are still quite a bit away from cashing in on this.

Based on my long experience in manufacturing, I cannot help but have a déjà vu. Manufacturing is difficult. There is a near-endless stream of problems and issues that need to be solved for a shop floor to function. There are few managers that do not wish for these problems to simply go away. It’s no wonder that technology that promises all problems will go away sells well. The idea that computers will solve the problems for you already helped to sell NC machines, robots, and ERP programs. Unfortunately, it did not solve the problems. It may have made a few things easier, but it also created other problems.

Same for Industry 4.0. Despite all their fancy names and buzzwords, I strongly believe that for a long time to come humans are crucial to solving shop floor problems. The help of computers will increase, but it will be not revolutionary. There will still be lots of problems for humans to solve, not the least the problems that are created by the use of computers in the first place.

As for Industry 4.0, people are now also starting to wonder if there will be any applicable results. Quite a few articles describe Industry 4.0 in a negative light as CIM reloaded. It seems Industry 4.0 is mostly committee meetings, recommendation reports, distribution of research funds, and academic prestige.

A Look Back at Previous Hot Topics

I would wager that if we look back in a few years, Industry 4.0 will have been a lot of hot air. It will also have funded quite a bit of research. In this, research it is a bit like advertising. Half the money spent on advertising is wasted; the trouble is we don’t know which half. Although, in research probably more like 90% the money spent  is wasted, yet not spending would be disastrous.

The Big Benefit of Industry 4.0!

The one thing that Industry 4.0 does well is to sell! Industry 4.0 is a German research program that promises on things becoming better. However, since these promises are rather vague and its implementations insubstantial, many people are wondering what Germany knows that the rest of the world doesn’t.

Planeloads full of academia and industry experts from all over the world arrive in Germany to study Industry 4.0 (Actually, one of the best presentations on Industry 4.0 I have seen is from a Japanese journalist, Toru Kumagai, based in Munich). This leads to lots of exchanged business cards and contacts. And, for a salesperson, any contact is a potential sale. Many products, especially software, are sold as supporting Industry 4.0. It is no surprise that the members of the Industry 4.0 executive committee include SAP, Siemens, and Deutsche Telekom.

But as I said above, we Germans don’t know that much more than the rest of the world. It feels like the tale of the emperors new clothes. There are many articles on how wonderful everything will be with Industry 4.0, but if you really look, there is not yet much there. Yet, a lot of people praise the new clothes Industry 4.0!

There are also research programs in America that look into computers in industry. However, while the German Industry 4.0 is driven by the government, the American projects are funded more through industry. Hence, my feeling is that these American programs are more substantial than the German ones (or maybe the American emperor’s new clothes just look much more fancy when seen from a distance 😉 ).

In any case, I hope you do know the status of your clothes 🙂 . Now go out, patch a few holes, and organize your industry!

PPS: If you would like to read more about history of manufacturing, then check out my book: