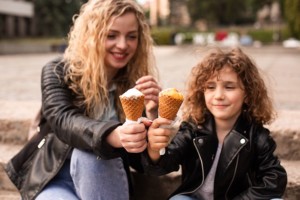 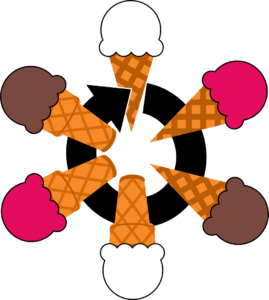 However, changeover sequencing may be helpful if some changeovers are faster than others. By optimizing the sequence, you can reduce the overall changeover time – but at the cost of an increased lead time and hence either longer delays for make-to-order jobs or higher inventory (or stock-outs) for make-to-stock items. I already discussed non-prioritized changeover in two previous posts on changeover sequencing part 1 and part 2. The example I used was ice cream, where changing from a lighter color to a darker color requires less cleaning, as well as larger tool changes for using different types of waffles, than the other way round. The result was a changeover wheel (i.e., a sequence in which to produce the different types of ice cream, as shown here). 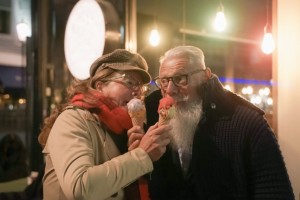 Sometimes, you may have jobs that are of higher priority or urgency than others. These you may want to put to the front of the queue for production to reduce waiting time and to accelerate the lead time. Often, these could be make-to-order jobs in a system that does mostly make-to-stock production. If you can accelerate the make-to-order products, your customer has to wait less. If your workload is no more than 20-30% make-to-order, the corresponding increase in inventory is minimal.

Another example is make-to-stock items that you are in danger of running out of. Rather than simply waiting until the next production is planned according to the changeover sequence and running out of stock, you may want to escalate and prioritize the critical items to the front of the queue. 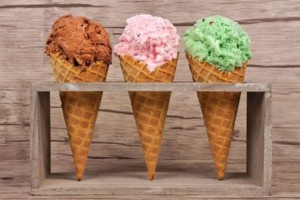 If your system produces only make-to-order, the prioritization is already part of the sequencing process, and you may not need an additional prioritization for the changeover sequence.

In this blog post I will continue the example of different ice cream flavors and two types of waffles from my previous posts. However, besides the high-demand and high-volume make-to-stock ice cream flavors chocolate, raspberry, and milk, there will be additional make-to-order ice cream in the much less popular flavors like natto (Japanese fermented soy beans… where the word fermented is used euphemistically), haggis (Scottish chopped sheep offal stuffed into unchopped sheep offal), and surströmming (Swedish bioweapon disguised as food). I actually do like haggis, and I have eaten natto and am sure that I don’t like it, but I am not man enough to open a can of surströmming, let alone eat it. And yes, all of these three ice cream flavors do exist somewhere in the world!

A Very Fast But Inefficient Way to Prioritize

The easiest but potentially most inefficient way to prioritize is to simply put the prioritized item at the very front of the production jobs. When the current job is done, you change over to the priority job. Afterward, you change back to the next job in the regular sequence. This would be the fastest, but also potentially very cumbersome, as you may need a longer changeover, twice!

Let’s take again the example of the ice cream. You have your sequence of going from light- to dark-colored ice cream, repeating this twice for the much more cumbersome exchange of the waffle tool. However, the king of Sweden makes a rush order for surströmming in a cup just after you did the raspberry in a cone. Now you not only have to change the flavor (you have to do that anyway for surströmming no matter when you do it), but you also have to spend a lot of time changing the waffle tool from a cone to a cup, only to change it right back to a cone after you did the surströmming, only to change it again to a cup after you complete the chocolate flavor. Overall you need three waffle tool changeovers instead of one. That is quite a lot of changeover effort just for a single rush order.

Find a Good Spot to Prioritize

You could have optimized it even more, and did the surströmming cup after the milk-flavored ice cream cup, and saved a bit of cleaning effort when changing from white milk to gray surströmming. However, the saved changeover time would be very short, and depending on the urgency of the rush order you may still prefer to do the surströmming as the first cup. (Although, in my opinion, after producing surströmming ice cream, the machine should not be cleaned but instead should be set on fire and thrown out… but that’s just my opinion).

In more general terms, it is a tradeoff between a delay of the rush order or prioritized order on one hand, and the increased changeover effort on the other hand. If you would accept a slight delay, you could find a better slot for the rush orders that require less changeover effort. There may be even situations where an even better spot would open up with an even longer delay. How long do you want to hold the prioritized order for which benefit. The details of course also depend on your system, what kind of changeovers you have, and how long they will take.

If you have more frequent custom orders, you may even consider having slots in the changeover sequence explicitly for those custom orders. If there are no orders, this slot is skipped (as it would be for any other product where there are no orders). In any case, I hope this post was helpful for you. Now, go out, for the love of God stay away from surströmming, and organize your industry!

8 thoughts on “How to Prioritize in Changeover Sequencing”