While Toyota did not invent the pull system, they did invent kanban, the genius idea of using cards of paper (and later other forms of information) to create a pull system for mass-produced goods. I recently was able to take pictures of Toyota kanbans, and would like to show and explain them to you. 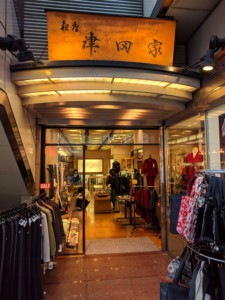 The word kanban (看板) is nowadays usually translated as “card,” but originally it meant the signboard with the name of the place (e.g., the name of a store). The image here shows a kanban on a fancy store in Ginza, Tokyo.

In lean manufacturing, however, kanban now means the bit of information attached to a part or product that initiates its replenishment after the part is used.  Since it is a major part of lean production, I have written a lot on kanbans (see my tag for Kanban). This post goes into the details of Toyota kanbans as an illustrated example. Content-wise it probably comes closest to my post on Kanban Card Design.

Here is a photo of a Toyota kanban. I got permission to take the image during one of Toyota’s plant tours. The paper is about 210 mm wide and around 100 mm high, like an A4 paper cut into three parts. The card here is laminated, but in the factory they are usually simple printouts attached to boxes using clips or added into folders attached to the material. Especially for supplier shipments, these cards are printed new each time they are used. Let’s dig deeper into the card.

The card contains a number of elements. I have translated the different areas of the card and explained them (although some internal codes are still a mystery to me). The image below shows the general areas, with the detailed explanation following below. 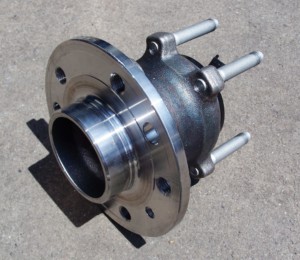 Part Number (品番 hinban): The part number of the product, here 42450-12200-0, which stands for a Toyota rear wheel hub. This is a similar product as shown here, although this image is for an Opel Vectra.

Unit Symbol (ユニット記号 unitto kigo): Place to add a unit (e.g., liter or kilogram). This is left blank here, since the kanban quantity is in pieces.

Reference Information (参考情報  sankō jōhō): Additional information on the product, here 142L. This seems to be a Toyota internal code for a Toyota ZR engine used in the Toytoa Auris, Yaris, Corolla, and others.

Shipment from (出荷場: 7372-A ジェイテクト国分名張 JTEKT Kokubu Nabari): The items seem to be shipped from the Kokubu plant of the automotive supplier JTEKT, part of the Toyota Keiretsu (conglomerate). They provide, for example, in-steering systems and driveline components. The Kokubu plant is near Osaka, which means it is at least a three-hour drive to the Takaoka plant. This is quite far away by Toyota standards. The code underneath the shipment, 7372-0423-04 18:34, contains the date April 23, which matches the date on the right hand side of the card.

Branch Number (枝番 edaban): 8314, probably an internal code for the location within the JTEKT plant.

Receiving( 受入:トヨタ自動車 07 ukei: Toyotajidōsha, Takaoka Ko 1000-K 07): The destination of the card is  the Takaoka plant of the Toyota Motor Corporation, location1000-K  07.


Barcode: The barcode, strangely enough, does not seem to contain any information. Maybe a historic “leftover”?

Zone Name (ゾーン名 Zōn-mei): Unsure what this is for, but it is not used anyway.

Here is a Toyota triangle kanban in situ at a stamping press and also as a close up. This is an older model, having no barcode, and on display in the Toyota Commemorative Museum of Industry and Technology. It contains less information but still works as a kanban. Let’s go through it from top to bottom: 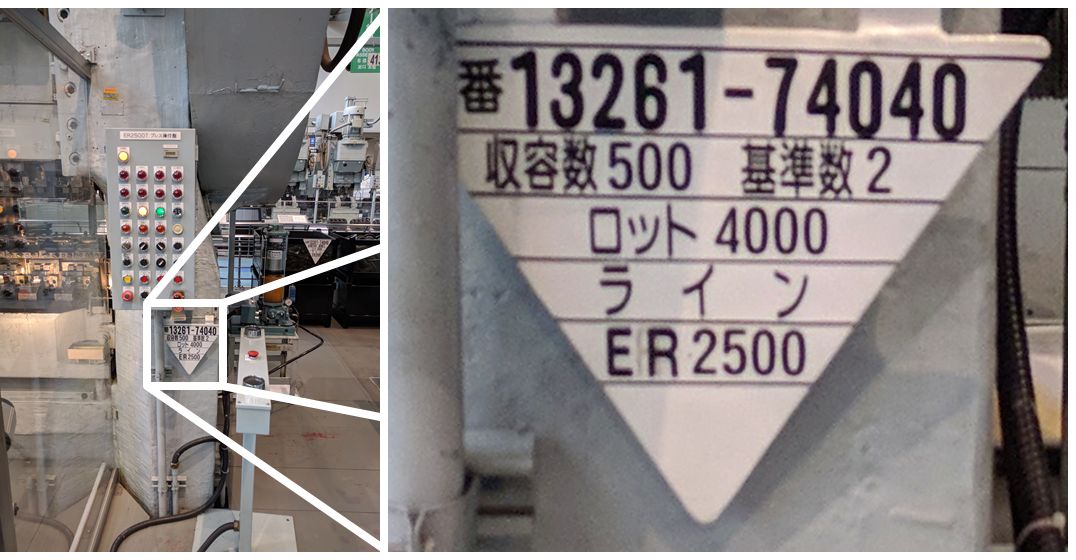 Part Number (品番; Hinban): The part number of the product, here 13261-74040. The first character of the text is not visible in the image, as the kanban hangs behind a pipe, but it is the same as in the modern kanban above. They refer to stamped steel parts.

Quantity (収容数; Shūyō-sū): There are to be 500 pieces per container.

Reference Number (基準数; Kijun-sū): When the inventory has reached this level, a reproduction is initiated using the kanban. The number 2 stands here for two containers, or 1000 parts. This information is unique to triangle kanban, and not found on other types of kanban. At Toyota, this is sometimes also called ordering point (発注点; hotsuchuu-ten).

Lot (ロット; Rotto): The production quantity is 4000 When the triangle kanban signals reproduction, 4000 pieces, the equivalent of eight containers, are to be made. 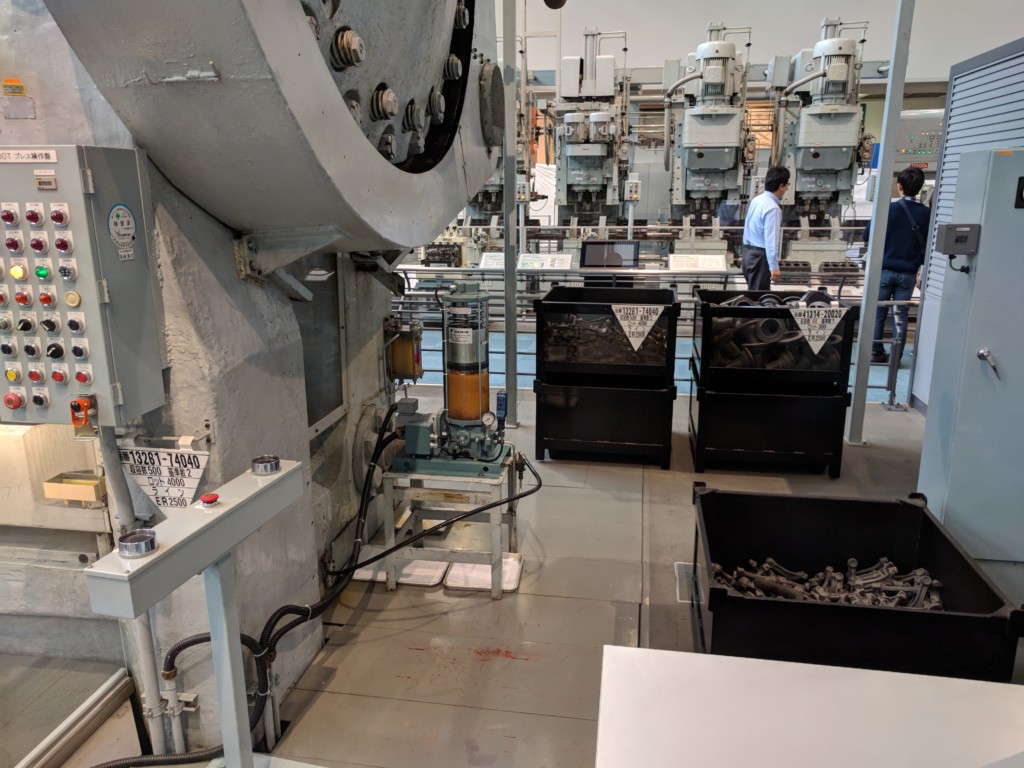 Okay, now that was quite a lot of detail on the Toyota kanban cards.  For actual kanban card design, I would like to refer you to my previous post on Kanban Card Design, but I hope this post helped to satisfy your curiosity on how it is done on Toyota. Now, go out, get your parts flowing, and organize your industry!

4 thoughts on “Anatomy of the Toyota Kanban”