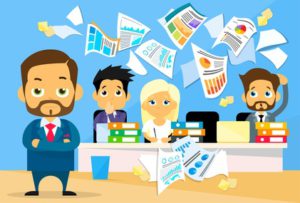 Motivation is a key aspect to success. This applies not only to individuals, but also to corporations. Since this is not really any new revelation, many companies put in quite a bit of effort into raising corporate morale. One popular morale booster is corporate events. It is difficult to make such events truly exceptional, but most companies manage to do at least a decent job. Others, however, produce just cringe-worthy results. Or, you could say they create a night to remember. Luckily for us, these are there for all to see on YouTube . Let’s have a look!

Plante Moran is an accounting firm with over 2,000 employees. Some time ago they invited their employees to their annual conference to raise morale. The highlight of the event was a … drum-roll … $100 gift card.

Seriously?! I know that $100 is $100, but to make an entire event around it is overkill. But wait, it gets worse. Watch the video below. It is truly cringe-worthy. After the usual “we could not have done it without you ” pep talk, they emphasize that the gift “represents how big of a deal this really is […], something that shows how much all of your contributions are truly appreciated.” And, apparently their contribution is valued at $100.

The industrial giant Siemens is well known in the world. Up until recently, its healthcare division with 50,000 people was known simply as Siemens Healthcare. No more. Someone in marketing/management/elsewhere came up with a new name. It combines Healthcare, Engineer, and Pioneer into … drum-roll … Healthineers!

Now, Siemens is a German company. The people making the decision hence were probably not native English speakers. For them, words in a foreign language sound probably quite exciting, but for native speakers it just sounds weird. Yet, even in Germany many employees think “Healthineers” sounds more like a preschool than a technical enterprise. By the way, using foreign language also works the other way round. For example, the ice cream brand Häagen-Dazs was created in the Bronx, trying to make a Danish sounding name, even though Danish has no umlaut “ä”. The difference is that Häagen-Dazs works, at least for me 🙂

But, back to our Healthineers. Siemens decided to promote the new name through a company event. The highlight (and shown in the video below): A Karaoke-style song for everybody to sing along, together with dancers, in what the Financial Times called a “Spandex-clad horror.” Except, the thousands of employees were not singing along. The reaction was more a shock. While a few employees liked it, the vast majority was flabbergasted. It did help with team-building – as everybody mocked the new name. Overall, it looked like straight out of a Dilbert strip.

The original video was taken down after a lot of negative press, but another video popped up soon thereafter. Below is also a short excerpt of the text for you to enjoy.

There are more examples out there. For example, two executives of the Bank of America sing a song by U2 but change the lyrics to “credit cards.”

Semiconductor Company Qualcomm did a keynote presentation at the CES 2013 (Consumer Electronics Show). They tried to come across as hip, young, and modern, but the three actors looked more like a parody (“Dude,” “Chill,” “Can you dig it?” etc.). The video is quite long, but the interesting bits are in the first five minutes, until the CEO appears.

Now, don’t get me wrong, I have no problem if people like to sing and dance. On (very rare) occasions I have done it too. But being forced to do so at work just leaves a bad aftertaste. It is also my impression that only a minority of employees enjoy this kind of activity at company events. Yet, I have also personally witnessed this mandatory fun myself.

In a normal company, only a small fraction of the employees are highly enthusiastic about their job. A larger part like their work, but don’t love it. And a third group do it only for the money, and may even hate the company. Hence, such kind of mandatory fun is likely to reach only a few people while having the opposite effect on most others. Furthermore, in my experience, top executives usually vastly overestimate the enthusiasm of the employees for the company. Yet, a few phrases on “being a team” or “valuing the employee” do not raise morale. Most employees have lots of experience in seeing through this bullshit bingo.

Hence, if you work with people, stay sincere, give true respect, and put your money where your mouth is. Your people will be much happier than with any expensive Spandex karaoke song. So go out, motivate your people, and organize your industry!

P.S.: This post was inspired by a discussion on Reddit on how Siemens embarrasses 44,000 employees with new “Healthineer” mandatory dance concert.