Most of our prosperity and wealth is based on our ability to manufacture faster, better, and cheaper than ever before.To announce the publication of my first book “Faster, Better, Cheaper” in the History of Manufacturing: From the Stone Age to Lean Manufacturing and Beyond here is the fourth and last  post of a series with a brief version of the History of Manufacturing. In this post I would like to talk about Toyota and its Toyota Production System, the archetype of lean Production, and also about computers and automation. 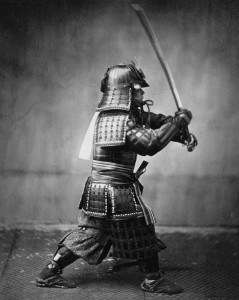 Toyota developed a new concept of “lean manufacturing.” Toyota recognized that inventory was a major cost factor for production. Consequently, they reduced waste, and the largest waste of them all was excess material. By optimizing this excess, Toyota developed lean production. Many different influences shaped the Toyota Production System. For one, the Japanese have a very strong work ethic, a certain drive to perfection. It does not matter if it is a tea ceremony or the construction of a car – they want to do it perfectly. Ford also was a major influence. Toyota learned a lot from what Ford did wrong. 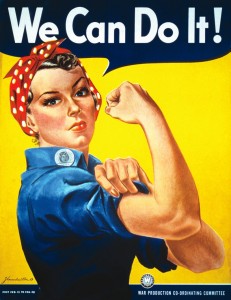 During World War II, America also had a “Training Within Industry” program (TWI). For example, in the picture, the woman flexing her muscles is Rosie the Riveter. TWI was an American program designed to improve the quality of airplanes so that they could be built faster and better.

That program was highly successful. However, after the war was over, the program just died. Everyone went back to the old system. All of the consultants who had taken part in the program were looking for new projects. This includes one Mr. Deming. He went to Japan and brought the TWI methods to Toyota. This also influenced Toyota’s production system. 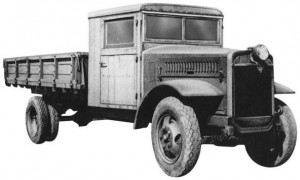 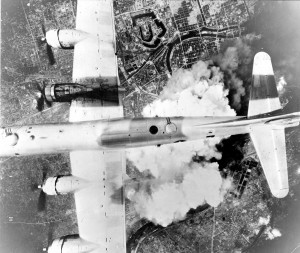 Another influence was the constant lack of materials in Japan before, during, and after the war. That means that Toyota had to learn how to produce with fewer materials. This approach was of course cheaper. This picture of a truck is one example. If you look closely, you will see that there is only one headlight. If you could look inside, you would see that the brakes were only on the front axle, but not the rear axle.

The folks at Toyota were not at all happy about that. They would have rather had two headlights. However, Toyota learned to work with few materials, and created a very efficient, lean, and productive production system. Using this system, they produced faster, better, and above all, cheaper.

It was around 1970 that Toyota steamrolled their products into the American market. The Americans rubbed their eyes with bewilderment. Thirty years earlier, they ultimately and definitely defeated the Japanese with two atomic bombs. Now Toyota was bringing cars into the American market that were better and cheaper than those of U.S. makers. A better quality with lower costs. That could not be!

That led to a major study by the Massachusetts Institute of Technology (MIT), with the goal of finding out what had changed. MIT compared different car manufacturers from around the world and determined that Toyota required half the man-hours to build a car in comparison with other manufacturers.

General Motors, for example, needed twice as many people as Toyota to build a car. Germany’s results did not turn out any better either. The study determined that for every worker who built cars, another worker was needed to correct all the mistakes that had gone wrong during the initial production.

Toyota did not need that. That means that the people at Toyota could produce considerably faster, better, and cheaper. Through that, Toyota ultimately rolled into the American market. The idea of the Toyota Production System is recognized today as the best production systems. Of course, it is not called the “Toyota Production System” today, but rather “lean production.”

If you are working in or with industry, you will certainly have encountered the term “lean production.” Industry tries to imitate what Toyota did – to produce leaner, faster, better, and cheaper.

Of course, there were also other important influences for production. We have already discussed mechanization of weaving looms and spinning machines. 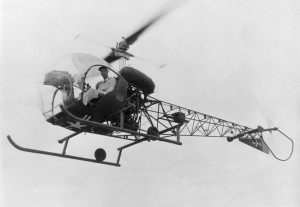 Another important step forward was automation through computers. Here I show you two examples. The first is the numerical control (NC) machine. The first NC machine was developed by John Parsons. He worked in helicopter manufacturing.

Calculating a good shape of the rotor blade was possible, but actually manufacturing this complex shape was difficult. John Parsons was the first to do it. They calculated a table of X and Y positions. One worker was dictating numbers while the other was setting these numbers on a drill and drilled the holes. Using two hundred holes, such a form was formed preliminary and then reworked. Through this, Parsons was the first to control manufacturing with a computer.

However, it was quickly found that setting those numbers by hand was cumbersome. This could also be done by computer. To solve the technical details, John Parsons teamed up with the Massachusetts Institute of Technology to advance computer-controlled machines. MIT thought the idea was so great that they tried to force John Parsons out of the project. They wanted it to be MIT’s idea, and not John Parsons’! Parsons was not even invited to the presentation of his own product to the customer.

For twenty or thirty years, Parsons was squeezed out by academia, since it was “an MIT idea.” Only thirty years later was his effort recognized, and John Parsons is now considered the father of the NC machine. 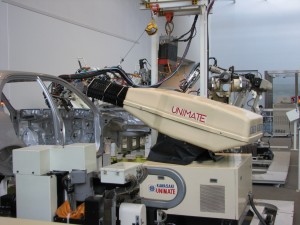 Another important subject is industrial robots. The first of these was invented by George Devol around 1954. He built UNIMATE, the first industrial robot. This does not look like a modern industrial robot with a hand and joints, but more like something that can move up and down, right and left, and forward and backward. However, it was able to move parts on a production line. In particular, the robots moved freshly cast and still blazing hot motor blocks in a General Motors factory. In general, robots soon took over whatever was difficult or uncomfortable for humans.

However, it took some time before that was cost effective. The first important customer for the NC machine was, for example, the United States Air Force. After World War II, the U.S. Air Force had nearly unlimited funds, and money was not a problem. Industry, on the other hand, had to make sure that it was profitable. It took a rather long time for computers in manufacturing to become truly cost effective. 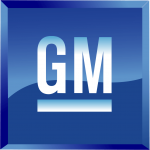 An important player was the head of General Motors, Roger Smith. Smith had a vision of automation. In 1980, a Japanese wave of cars swept through America. His vision was to counter this economic onslaught with automation and robots. Automate as much as possible! Use as many robots as possible! Smith put (in today’s numbers) 100 billion – not million – 100 billion Dollar into the robotization of his factories. And, with cocky confidence, everywhere at once rather than bit by bit.

Unfortunately, that did not work out at all. The factories were extremely unproductive. The robots did all kinds of shenanigans but produce. Someone called it computerized chaos. Smith wasted 100 billion Dollar and eventually lost his job. Thereafter, however, the robot industry did work well. Thanks to Smith, there were lots of workers qualified in the implementation and use of robotics. They had made their mistakes elsewhere and now knew how to do it better.

Robotization has not yet reached its end. We are still in the middle of automation. Every year there is more. Every two years, the speed of computers doubles. There are estimates that within twenty years, half of all jobs will be replaced by computers.

Maybe interesting for you: Jobs lost are not so much industrial or mechanical engineers, but rather shop floor operators, taxi drivers, and truck drivers that will be replaced by computers. It will be very interesting to see how the future develops.

I have told you a lot about manufacturing now. The most difficult thing for me was to decide what NOT to talk about. I could also have told you stories for three hours straight, but I think that would have been too much for you.

Otherwise, my sincerest thanks for your attention. I hope that it was as interesting for you to listen [read] as it was for me to talk [write] about it. Thank you.

If you are interested only in lean history, see:

Roser, Christoph. “The Origins of Lean Manufacturing and Lessons for Today. Keynote Presentation.” In Proceedings of the European Lean Educators Conference. Buckingham, England, 2016.

9 thoughts on “The History of Manufacturing – Part 4: Toyota and Lean”