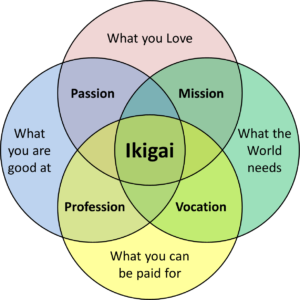 Recently, the Japanese word ikigai has been popping up as a way to find happiness. While not quite a manufacturing theme, it is related to industry and to Japanese culture, and hence I decided to write a blog post about it. It is a lot of hubbub around a few good (but not new) ideas, wrapped in a out-of-context Japanese word.

The Idea of Ikigai

The idea behind Ikigai is simple, and explained easiest by the Venn diagram below. You find happiness if you manage to do a) what you are good at; b) what you can be paid for; c) what the world needs, and d) what you love. 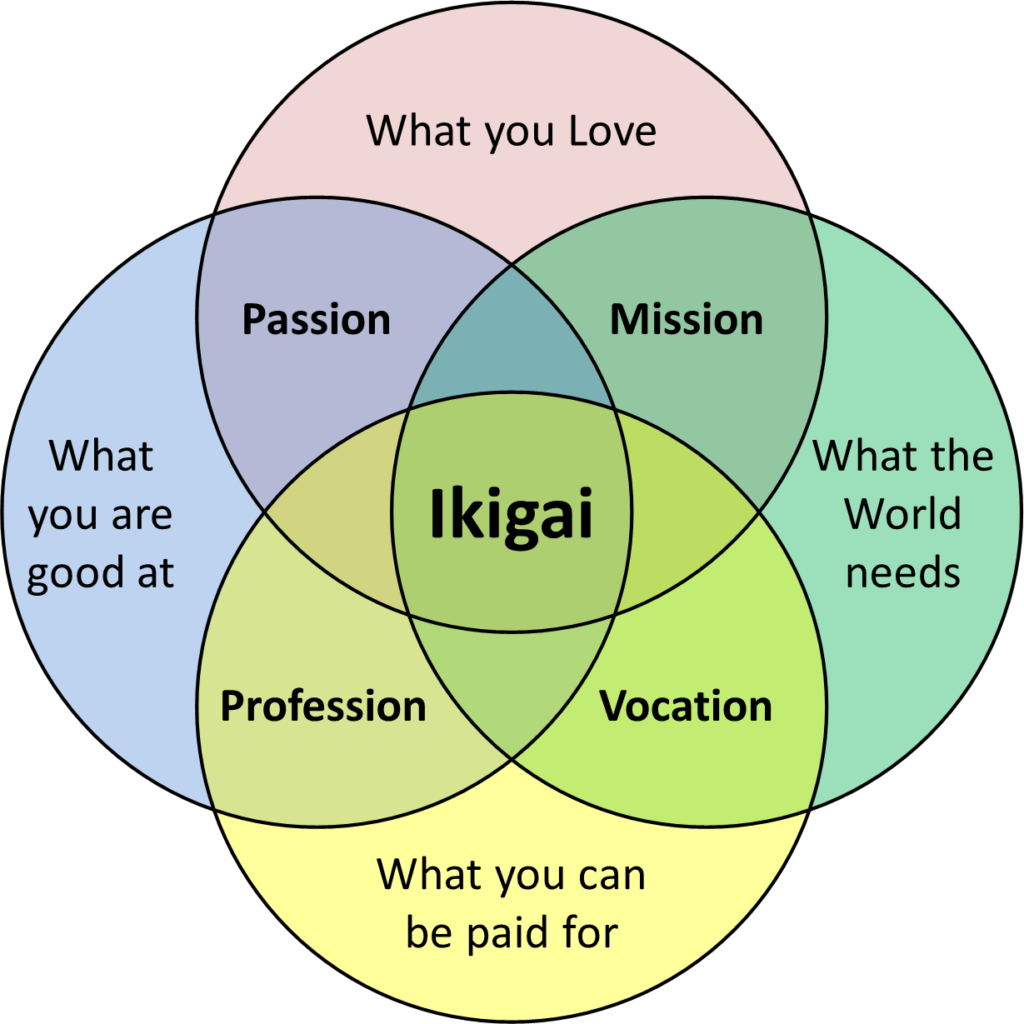 It is supposed to help you find inner happiness, peace, and your purpose for living. And, just looking at the Venn diagram above, if you manage to live at the intersection of all four circles, your chances at being happy are probably better, albeit happiness is by no means guaranteed.

This Venn diagram was initially created by Marc Vinn from Britain. Then two Spanish writers wrote a best-selling self-help book Ikigai: The Japanese Secret to a Long and Happy Life, translated already into sixty-three languages. It created a cottage industry of coaches and mentors, and even an ikigai weight loss pill (not sure if this one works…). Studies supposedly show the benefit of ikigai on your health, although my guess would be that simply being happier is good for your health. These secrets of the Japanese centenarians are supposedly the reason why Japanese, especially from Okinawa, have very long lives. 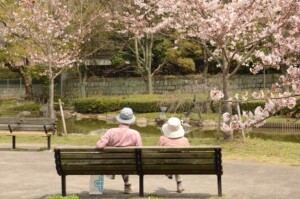 The philosophy of ikigai talks a lot about reducing stress, and gives suggestions similar to many other self-help books, like focusing on what you are doing. It mentions takumi (匠), which means artisan or craftsman, and is also used at Toyota for their manufacturing specialists. The book jumps from Steve Jobs to the anime studio Ghibli, a splatter of Okinawan gods, and interviews of really old people. This results in five conclusions:

I’m not sure if you agree, but I think the hippies in the 1960s and 1970s already figured these out, without any Japanese help.

The book also talks about Okinawa’s miracle diet: don’t stuff yourself, eat different foods, and drink lots of green tea and shikuwasa juice (a type of lemon). It even includes the rajio taisō (ラジオ体操, an exercise that is on the Japanese radio and done by many Japanese regularly), Yoka, Tai Chi, shiatsu, and many more. It closes with the ten rules of ikigai, which is another laundry list of good but general suggestions.

What It Actually Means in Japanese 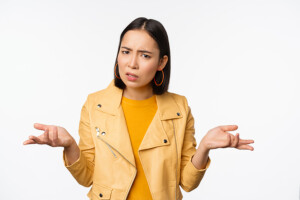 The Japanese word for ikigai (生き甲斐) consists of the characters 生き for living or being alive and 甲斐 for effect, result, worth, use, or avail. In combination it means the reason for living, something one lives for, or the purpose in life. But the whole idea of this being an ancient Japanese philosophy and culture baffles native Japanese… because it is not. In fact, the word has a different meaning in Japan. It is a term for the small joys in life, like a hobby or quality time with friends or family. In fact, Japanese writers on the web are amused and baffled by the hubbub around this obscure word. It is a successful creation of an industry around a non-existent Japanese philosophy.


Maybe I am too critical, but it looks to me like the authors merely took a big swing and hit every fad, trend, and popular thing in Japan, plus some from outside it (e.g., Steve Jobs). Granted, many of these are actually good for your health, as the book basically recommends that you eat healthy and exercise using many different styles. I just don’t see the need for the mystic (nonexistent) philosophy of ikigai—albeit it is a great marketing strategy.

Using Foreign Words Out of Context Is Popular…

Ikigai is by no means the only example where a foreign word is taken over and twisted out of context to give something a mythical aura. Another example is kata. The method behind it is mostly sound, and using it can help you with your business. However, the Japanese word kata (型 or 形) means form, model, pattern, type, style, or mold. It is most often used in the context of Japanese martial arts (judo, kendo, aikido, and karate), but also in Japanese theater and tea ceremony. Most Japanese are surprised about the additional meaning it has in Western manufacturing. 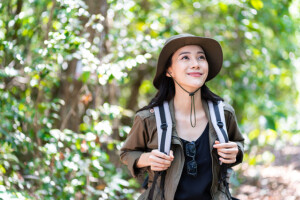 Another buzzword is shinrin yoku (森林浴), or forest bathing, where supposedly the Japanese spiritually relax in nature. In reality, it is merely a nice walk through a forest, and you don’t need any shinrin yoku guide to help you enjoy your time.

It also works the other way round. In Japan, there is the German word Aufheben (アウフヘーベン). This is supposedly a concept proposed by the German philosopher Hegel on “developing unifying contradictory elements through the process of confrontation and struggle” and “deriving a higher-dimensional answer from conflicting ideas and things.” It was recently used extensively by the governor of Tokyo, Yuriko Koike (who is controversial, as she supposedly graduated from the University of Cairo despite not speaking Arabic, among other things). I am German, and I can tell you that there is no such deep meaning connected with the word Aufheben. It simply means to pick something up, or also to cancel something. Like you pick up a pen from the floor (den Stift aufheben), or you cancel the curfew (die Ausgangssperre aufheben).

So, why am I writing about self-help, or more generally about out-of-context use of foreign words to make a business out of it? Well, this also happens often in lean. Lean manufacturing is full with Japanese words, many of which describe methods that are indeed used in Japanese manufacturing, but are exaggerated in the Western world to make them sound more mysterious and give them a mythical aura. Don’t just do something because someone describes it as the latest hot sh*t from Japan. Use a method if it helps you, not because it sounds fancy. On this blog I also use a lot of Japanese terms, but I try my best to describe what actually works and try to stick to the facts without all the pathos and glory. Now, go out, find your inner peace (no matter what it is called), and organize your industry.

7 thoughts on “What Is Ikigai?”