In my last two posts I described how to measure cycle times. However, for manual processes measuring cycle times is quite different, since the humans that are measured usually strongly dislike being measured. Therefore, it is difficult to measure it directly. There is an alternative to calculate it, but this also has lots of pitfalls. Let me explain you a bit about human psychology, and how to measure manual cycle times.

The Difficulties of using a Stopwatch

Probably one of the first idea many people have when needing cycle times of manual labor is to simply take a stopwatch and measure the times. The basic approach would be very similar to any other cycle time, where you take the mean or a low percentile of the individually measured time between parts (see How to Measure Cycle Times – Part 1 for more).

While this approach is correct in theory, in practice it has many other problems that may cause you to end up with incorrect times. It all goes back to the problem that most workers do not want to be measured using a stopwatch. 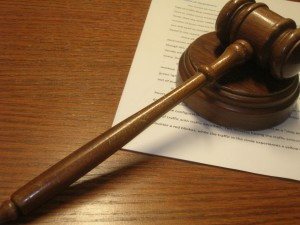 First, in many countries there are government regulations detailing if, when, and sometimes even how you can measure your workers using a stopwatch or with video. In other countries such regulations stem not from the government, but through agreements with unions or workers representatives. In any case, often you are simply not allowed to take the time of workers without clearing it with the workers representatives beforehand. Even if you are legally allowed to measure without consulting the workers beforehand, you still should talk with the workers beforehand to avoid conflict.

I you have cleared the legal requirements, you still have the problem that workers do not like to be measured. They fear (often rightfully so) that any measurement is just done to increase their workload. Hence, whenever someone with a stopwatch is standing behind them, their … work … will … slow … down … to … a … snails … pace … – and all of that without you ever noticing it. Workers are very skilled to look quite busy while at the same time significantly reduce their overall speed. The most popular method seems to be to add additional tasks or make the tasks look more complex than they really are.

Professionally trained time takers hence often include an estimate of the workers performance, and adjust the measured times by a certain percentage up or down (usually down). For example with the REFA method, cycle times are adjusted using a performance index that usually falls between 80% and up to 135%. Yet this estimate also has a significant margin of error, and is far from accurate. Besides, since it is an estimate, the worker may estimate it quite different than the time-taker. You will get a number, but the employees may or may not agree with you. To avoid conflict, time-takers often tend to estimate on the faster side that makes the worker look better.

Also,  you can sometimes have the opposite effect where a worker speeds up if watched to please the observer or management. In any case, if you have to measure the cycle time of a manual process using a stopwatch, then be aware that the resulting number may have a substantial error. As stated in my previous post, there is no such thing as a true cycle time!

Another approach is a predetermined motion time system. Originally invented by Frank Gilbreth, there are nowadays many different systems around, the most popular one being Methods-Time Measurement (MTM).

In this system, the time needed is calculated based on tables. For example if you pick up a coin from a desk, the data table will tell you how long it takes to move your hand from the current position to the position of the coin, another table will tell you the time to pick up a small flat object, and another table will tell you the time to move an object in your hand to another position. The sum of these times is the overall time needed to pick up that coin. Additional tables are for fitting, pressing, looking, walking, and many other movements and actions. These times are often given in a strange time unit TMU (Time measurement unit), where 1 TMU is 1/100.000 hours or 0.036 seconds.

In many companies you will find data where someone has calculated the time needed for your manual process using this system. Yet, there are a few things to know before you use this time. Besides the usual problem of outdated or incorrect data, there are two other major things to consider.

Most predetermined motion time systems include a contingency allowance for additional tasks of the workers. These are often grouped into technical contingencies like talking with supervisor, fixing small problems, etc; and personal contingencies like toilet breaks or taking a drink. Usually they are added as a percentage on top of the calculated times from above. The percentage added often depends on the negotiation with the unions, but are on the magnitude of 15%. Other times like change over or maintenance times can also be added, but are often calculated separately from the time per part.

Hence, the time available through a predetermined motion time systems often includes 15% or more for “other” contingencies. This is perfectly OK for calculating the daily quota to determine the performance related pay of the worker.

However, if we calculate the cycle time, this is a (small) problem. We defined cycle time as the fastest repeatable time in which you can produce one part. The time calculated abve, however, includes additional times, which we then have to remove again before we can use the calculated time as a cycle time.

For example, if the process takes 40 seconds, then 15% of contingency time is another 6 seconds. Hence, the work takes 40 seconds, followed by 6 seconds break for contingencies. Yet, the worker cannot go to the toilet within 6 seconds between two parts. Rather, he produces 50 parts every 40 seconds, and after 33 minutes of production he takes a five minute toilet break. This is perfectly fine when calculating the workers quota.


The Intricacies of Performance Based Pay

The second problem with predetermined motion time systems is their accuracy. These tables are based on thousands upon thousands of measurements in a laboratory, where thousands of different people (young, old, man, woman, …) did different movements and had their time taken.

Yet, whenever I observe workers on the shop floor, they usually seem to be able to work much faster than the calculated time. The movements within a process quickly become routine, and they move much quicker than the people in the laboratory. In my experience, 130% of the target throughput is easily possible for most workers. Hence, instead of the calculated 100 parts per hour, they easily get 130 parts per hour done.

I suspect that more would be possible, but performance based pay is often capped at 130% to avoid large quantity of bad quality. If the workers would exceed 130%, it would bring them no extra income, but would include the risk of making the work look to easy. Worst of all, somebody may conclude that the predetermined motion time has to be updated, since the work is now too easy. Hence the workers actively avoid producing at more than 130% performance, and histograms of the parts per day look almost like they are cut off at 130%.

In any case, we want to determine the cycle time. The cycle time is the fastest repeatable time in which you can produce one part. Hence, here, too, you should use not the predetermined motion time, but a faster speed to reflect this continuous over-performance. The only possibility to get this is again through estimation, which workers may or may not like.

A Note on Diplomacy on the Shop Floor

For a correct cycle time, you should remove the contingencies and include the faster performance. You should make it crystal clear that this has no influence on the daily quota and hence performance related pay! The cycle time is only the peak speed, not the average speed with breaks and other interruptions included.


If you are lucky enough to have a cooperative workers representation, you can explain this to the workers so that they understand that this will not harm them. Instead, the correct cycle time calculation is necessary that the average speed (and hence the performance related pay) can be reached.

If, however, you and your workers representatives have fallen out and the workers are just waiting for an opportunity fight, then this may not be worth the effort. In this case I would just use the predetermined motion time as is inducing contingencies and all rather than becoming the target of the workers  fury. Pick your fights only where absolutely necessary. Cycle times may not be a priority here. Just keep in mind that this manual cycle time is far from where it should be.

This is actually a third option that – depending on the circumstances – may be available. In discussions with the workers you could talk only about times including all losses (i.e. the process or line takt times). These are usually large enough to look non-threatening to the workers. Just keep in mind that the cycle times are probably much faster, but keep that information for yourself. In any case, this won’t affect the quotas or the performance based pay anyway.

As with the cycle times discussed in the previous posts, the idea of a single correct value for the cycle time is an illusion. Especially for manual work! Hence, keep in mind the concerns of the workers when either measuring or calculating the cycle times. If anyhow possible try to work together with the workers, not against them.

This concludes my three posts on cycle times (How to Measure Cycle Times – Part 1, Part 2, and the one you are currently reading). After almost 4000 words on cycle times I personally was surprised how much detail there is on such a presumably simple thing. In any case, I hope this was also interesting for you. Now Go Out and Organize your Industry!