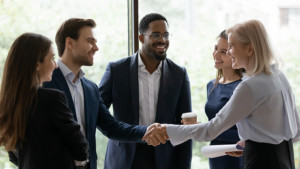 One important aspect in lean manufacturing is “Respect for People,” or more correctly, “Respect for Humanity.” But while it is mentioned frequently in presentations and books on lean manufacturing, what it actually means is often glossed over. And it is not an easy topic to write about. There is no “5 Steps to Respect for People.” Sorry. I have been thinking about writing a blog post on respect for quite some time, but it is difficult to write something substantial rather than just some anecdotes. It runs the risk of quickly drifting off into general management and leadership behavior. Nevertheless, I managed to write a series of three blog posts on it. Well, anyway, here we go… 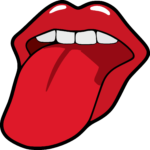 The Basic Idea Is Common in Many Cultures 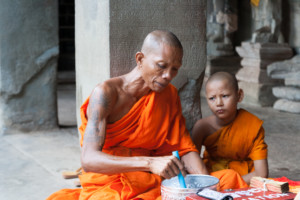 The idea of respecting others is not new. Most cultures include such rules. In Christianity, it is best known as “Do unto others as you would have them do unto you.” This is very similar to the Confucian quote “What you do not wish for yourself, do not do to others.” In ancient India, it was “One should never do something to others that one would regard as an injury to one’s own self.” In ancient Greece, it was “Avoid doing what you would blame others for doing.” Buddhism said, “Hurt not others in ways that you yourself would find hurtful.” This idea of treating others like you want to be treated yourself is so common that it has its own name: The Golden Rule.

What It Does NOT Mean!

Similarly, respect for people does not mean that you have to be nice to everybody either. It helps to be nice and courteous, but there may be times when you need to be not-so-nice. Honest but critical feedback may be more helpful than white lies or no feedback at all.

The idea is to show respect. With the popular English term “Respect for People,” the target audience is clear. We should respect other people. This is also the main focus at Toyota. The first Kanji in 人間性尊重 (ningenseisoncho) is 人 for a person. However, while “People” are clearly the focus, I believe “Respect for Humanity” should have a wider view. It should also include a general respect for the environment, or a respect for other companies (no matter if they are a supplier, a customer, or competition). Although, since all these are relevant to people, in the end, it goes back to “Respect for People.”

Respect for Humanity Is More Than Being Nice

HOLD ON! Don’t go yelling at your people like Gunnery Sergeant Hartman (NSFW), while pretending to love them! (Unless, of course, you are a US drill instructor. But even then, I think this is overdone.)

While a military recruit may expect to be yelled at, an industry employee probably does not. In my view, yelling in manufacturing should be an act of last resort. It indicates that something else in the human interaction has failed beforehand. Taiichi Ohno was well known for yelling at this managers, and many of them could no longer sleep at night due to Ohno’s terror. Ohno claimed that he did this to make them better managers, and that he never yelled at common workers. Even though I respect Ohno a lot, I think the yelling part may have been too much. But then, I never got yelled at by Ohno 🙁 . 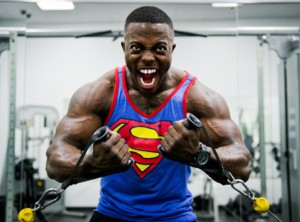 In case you are wondering, yes, it is tough to find a good balance. But respect for people aims to release the full potential of the people. To help them become better and reach their peak ability, this sometimes means pushing someone to the boundaries of their ability, or even challenging them beyond it to help them grow. People won’t reach their peak if you go easy on them.

In my next post I will talk more about some aspects on respect for people, and start to tackle the very difficult question of how to actually show respect to others. Talking about it is cheap and easy. Doing it is much harder. Until then, go out, respect humanity by actions and not by words, and organize your industry!

2 thoughts on “Respect for People – Introduction”