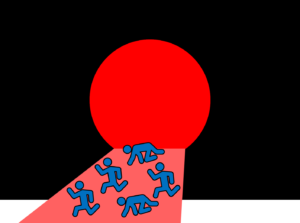 The Japanese work ethic is pretty amazing, and their work standards are among the best of the world. In previous posts I have often written very favorably on these standards. Yet, not all is right in the Japanese working world. In fact, a lot is wrong and troublesome, and this superior work performance comes at a significant cost of work-life balance. 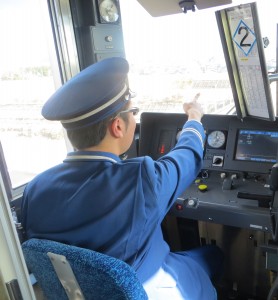 A lot of my previous posts deal with the excellent aspects of Japanese monozukuri (e.g., Japanese Standard Pointing and Calling, The Japanese Supermarket Checkout, Toyota’s and Denso’s Relentless Quest for Lot Size One, Japanese Multidimensional Problem Solving, or even Lean in the Japanese Public Toilet). Many of these are role models for the rest of the world.

Yet, as in all societies, not everything is perfect. Japan has a huge problem with an aging society, having the highest proportion of elderly citizens in the world. Japan also has the highest debt in the world, with public debt exceeding 200% of their GDP (poor Greece has only 180%). However, in this post I will focus on the work-life balance, which is also among the worst in the First World.

Pressure to Fit In

One difficult part of Japanese society is the pressure to fit in. These social norms are much more detailed than in pretty much any other country. The Japanese give many interactions the rigid formality of a visit by the queen. 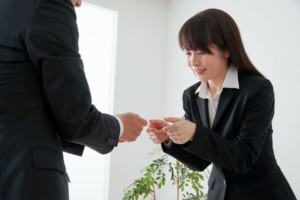 A simple example. A process like exchanging a business card (名刺 meishi) requires the knowledge of many different rules unless you want to look like a buffoon. I have listed the rules (as far as I know them) at the bottom of this post if you are curious.

Mix up any of these rules, and you look uncultivated and amateurish. And this is only a very small example of rigid Japanese social norms. Even Japanese who have lived abroad for a few years often have difficulty fitting back in. For example, one Japanese female I know who works for a Japanese company abroad needed one week merely to figure out what to wear to the office when visiting the Japanese head office. Even with a standard business suit, there are many variations that can make you the oddball-out. Another one who returned from decades abroad now finds it extremely difficult to live in Japan. 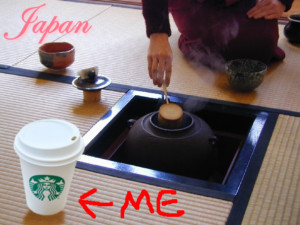 Japan sometimes feels like one big tea ceremony, where everything has to be in perfect conformity with the rules. As a foreigner you never really notice this pressure. If you don’t have a Japanese face or don’t speak Japanese, then you are already outside of the system, no matter what. Nobody expects a foreigner to know any of the rules, hence foreigners have a lot of liberty. In the big tea ceremony of Japan, foreigners are the Starbucks soy latte, and are exempt from (almost) all the rules. Just don’t litter, and keep the soap out of the public bathtub.

Yet, for Japanese this pressure is unforgiving, like a straitjacket on everything you do. There is almost no escape, especially when entering working life. The peer pressure is enormous. Many Japanese who go abroad never want to return home due to the restrictive society and very stressful work life. In Japan there is also the social phenomenon of hikkikomori (ひきこもり or 引き籠り), or extreme social withdrawal, where a person just doesn’t leave their room for months, having their parents care for them instead. Supposedly there are 700,000 people with this problem in Japan, some staying indoors for twenty years, simply because they can’t deal with the pressure of Japanese society. 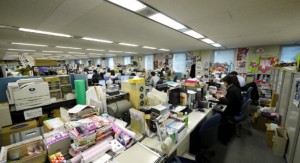 The second big impact is the often grueling working hours. Officially, Japan has a forty-hour work week, but 22% of the workforce works fifty hours or more per week (US 11%, Spain 6%), and some workers put in even more hours. One-hundred-hour work weeks do exist (including Saturdays and even some Sundays), and that does not even count the commute, which on average takes forty minutes one way, but 2 hours is also not exceptional (the US average is 25 minutes). It also does not include the frequent and almost mandatory drinking parties (飲み会 nomikai) after work. Fortunately, at least the last aspect is changing, and many younger employees decline to join, or request overtime pay if it is mandatory.

After World War II, the US occupational government started to establish US-style workers unions in Japan. However, these unions were soon taken over by the communist party. This was around 1950, when McCarthy and his McCarthyism communist witch-hunt was in full swing, and communist unions in Japan were absolutely not what the US wanted. Hence they changed the laws to take away power from the unions in Japan. Nowadays, unions in Japan have no power. Each company has their own union, which consists mostly of the managers or supervisors of the company. Unsurprisingly, they do not do much to improve the lot for the common employees. Japan never went through the labor problems to reduce work weeks, and its working hours are often quite long.

Japanese also have comparatively few vacation days, and use them even less. The average Japanese uses only seven of the eighteen vacation days every year. Seventeen percent of the workers take no holidays at all. The society sees taking holidays as abandoning the company, and how dare you take more than three days vacation in one row! There are many workers in Japan who would have accumulated hundreds of vacation days – except that they are usually voided above a certain number. Another example: A Japanese expat in Germany profusely apologized to his German colleagues for taking holiday, which resulted in hilarious laughter from the Germans, because there is nothing to apologize about.

The rigidity and the long hours make for an often miserable work-life balance. A Japanese adult working life consists mostly of work interrupted by brief sleep. You rarely have time to talk to your spouse, no time to play with your children, no time or energy for hobbies, and no time to relax. Japanese workers are always in a rush, and to me it seems they often don’t really have a life. Of course, this does not apply to all Japanese, and some managed to find work that combines well with having a life, but many Japanese, especially office workers, are stuck in this rat race.

There are anecdotal stories of children asking their mom what that strange man is doing sleeping in their home … it was their dad, who the children see so rarely that they have forgotten him. I also have met many 40isch year old men and women that want to get married and have children, but don’t have time for dating. Hence, especially for the women it may never happen. 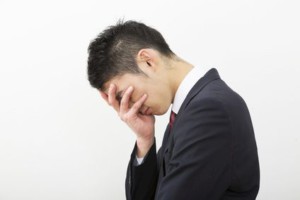 The effects make Japan a rather unhappy place to work if you are a corporate employee. Long hours, no free time, often little freedom. On the world happiness index 2016, Japan ranks 51st out of 155 countries, but far behind other wealthy nations (#1: Norway, USA #14, Germany #16).

Death from overwork and work-related stress is so common that there is even a Japanese word for it: Karoshi (過労死). The death is usually through a heart attack, stroke, or suicide. As an example, a twenty-four-year-old female employee killed herself after having depression most likely caused by the 105 hours of overtime in the preceding month. In the fiscal year ending March 2016, there were 93 cases of death from overwork confirmed by the health ministry, although the police reports attribute 2,159 deaths to work-related stress.

Work is so present in Japan that many don’t even know what to do if they have some time off. Many retired people keep on working since they don’t know what else to do. Divorce rates increase since the spouses never learned to live together or talk with each other.

I find this sad, as Japan would have all the ingredients for a happy society: peace, stability, economic prosperity, health, etc. However, the long working hours and the internal constraints of society make it a pretty miserable work life. Yet, the long work hours would not really be needed, since productivity does not suffer if you reduce work hours to a (for Westerners) more normal level. Relaxed and well-rested workers are much more productive. I can tell you from my own experience that working long hours reduces productivity enormously. Yet, the long work hours in the office in Japan are often spent at the water cooler or reading the newspaper.

The government recognizes these problems, to some extent, and tries to work against them. There are laws limiting overtime to 45 hours per month and 360 per year, but they are only slowly being enforced. The average overtime is also only slowly coming down. Relatives of deceased workers also now find it easier to file for damages due to death from overwork. 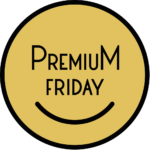 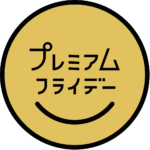 The government also tries to change society to shorter work hours. In February 2017 they introduced a “Premium Friday,” where workers can go home after 15:00 on the last Friday every month (for reference, in Germany we just call this Friday, as almost nobody works on Friday after 15:00).

Yet, this initiative did not work well. Many people simply did not know what to do with their free time (since they haven’t really had any before), and hence some bosses told everybody that they need to go to the nomikai drinking party at 15:00 rather than 20:00 or 22:00. In any case, “Premium Friday” is now pretty much ignored.

Overall, Japanese society blocks itself from happiness, and the government’s actions change it only slowly. Of course, not everybody in Japan is depressed. There is also lots of happiness. However, overall the workplace makes it a bit more difficult to be happy than most other countries.

I hope that your workplace is happier, and you work to live rather than live to work. Now, go out, enjoy your life, maybe even go home early today and have some fun, and then come back the next day relaxed and energized to organize your industry!

6 thoughts on “The Dark Side of Japanese Working Society”