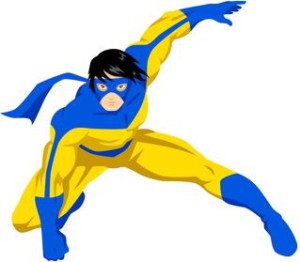 Heroes save the day. Heroes turn around the disaster and rescue the puppy from the burning building. Heroes are admired, and everybody wants to be one. Everybody wants a hero when they need one. 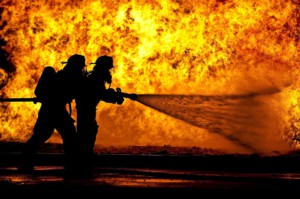 Firefighters are the prototype of the modern-day hero. While most of their tasks are low risk, every now and then they run toward danger while everybody else is running away. During the 9/11 attacks, of the 2,977 victims, 412 were emergency workers, of which 343 were firefighters.

When the average person interacts with a firefighter, it is often in a time of dire need, and the firefighter is there to help. In contrast, if the police come running for you, it may not always be what you want.

In industry, firefighting often refers to fixing any kind of problem. “The delivery of parts is delayed? Someone needs to take care of that!” “We have quality problems? Someone fix that issue!” “The machine is broken (again)? Who saves the day?”

Many businesses rely on such firefighters to keep running and solve the many daily problems that pop up. Like real firefighters, they are often valued for their ability to put out fires and keep the system running.

Real firefighters save lives, no question about that. Yet, I argue that many, many more lives are saved by preventing the fire in the first place, not to mention other damages avoided.

There are a myriad of actions, technologies, and standards to keep fires and other problems from happening in the first place. Most consumers are not even aware of these, but a lot of effort goes into making buildings more fireproof. Similar efforts go into building so that in the case of a fire, it is contained and occupants are warned and evacuated.

Modern safety is in large part due to the improvement and enforcement of safety standards. It is said that these are “written in blood,” as they usually get updated after someone dies. The Grenfell Tower fire went from being a minor refrigerator fire to a major blaze of the entire complex probably due to highly flammable exterior panels. Hence, building codes are currently updated accordingly to prevent this from happening again. This also happens in other industries, for example in aviation, rail, and road traffic. Many standards are there to make things safer.

Yet, most of us do not consider fire safety inspectors as heroes. In fact, those enforcers of standards often come across as nagging and annoying, making it harder for us to do actual work. Take for example the movie “Sully” with Tom Hanks, about the emergency ditching of US Airways Flight 1549 in the Hudson River. A large part was about the work of the National Transportation Safety Board. However, for dramatic purposes they portrayed the NTSB as prosecuting, harsh, cold, and antagonistic – very different from the actual events.

In any case, safety inspectors are not very high on our list of people we admire. Yet, while they usually do not risk their lives, their actions probably save more people than firefighters do. 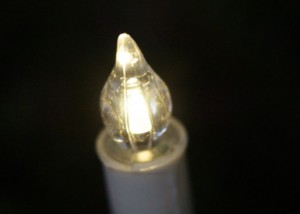 In industry it is the same as in firefighting or aviation. Your focus should be on preventing the accident rather than fixing it afterward. A problem that never happened is much better and more profitable than a problem that was fixed using firefighting.

Yet, careers are made by firefighting. Like with real fires, the firefighter gets the glory, and the fire inspector is a nagging annoyance. No wonder that firefighting is often more popular in industry than preventing fires.

Fires will happen, and you do need people to put them out. Yet, often these “heroes” are the ones that ignore standards. They fly by the seat of their pants, make quick gut-based decisions, and hence make many mistakes and worsen the system. In some industries they are called firefighters; others name them cowboys or capes. The effect is the same: chaos! See for example the two excellent quotes below from healthcare at Virginia Madison before they became lean (full source at the bottom):

Fueling the Fire for Glory 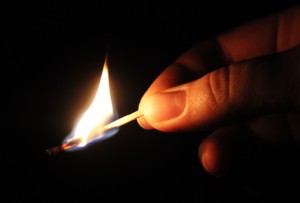 It gets even worse. Sometimes to achieve glory, the firefighters/cowboys/capes are the ones intentionally lighting the fire. In actual firefighting this is called firefighter arson.

In industry, too, there is anecdotal evidence of similar behaviors. I know of one story where a female supervisor was the only one able to fix a frequently malfunctioning machine and was heavily praised for it. Yet, at one point, someone did an analysis and found that this machine never broke down when this supervisor was on vacation or on a business trip, but frequently broke when she was present. She left the company shortly before the analysis.

What Kind of People Do You Need?

When I am in a burning building, I definitely want a firefighter and will be very glad if one shows up. Yet, my preference would be that the building doesn’t catch fire in the first place.  You definitely need firefighters. The focus, however, should be on fire prevention! Now, go out, recognize and praise someone for preventing fires in the first place, and organize your industry!

Source of the Quotes