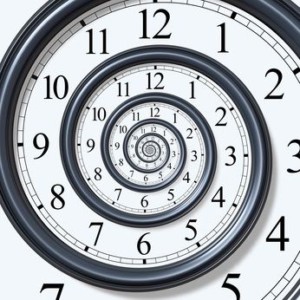 In my last post I described the pacing of pulse and unstructured flow lines. Another common way to structure the pacing of flow lines is the continuously moving line. In  this type of line, the parts are always moving, and the processes and workers move along with the part until the process is completed.

In the continuously moving line, the parts are – as the name says – continuously moving. This is usually an automatic transport system like a conveyor belt, a moving walkable platform, pulling by an underground chain, or moving hanging carriers, to name just a few.

These systems also have their advantages and disadvantages. They are, for example, very common for the final assembly of cars. Let’s look into more detail in the set-up and operation of such a continuously moving line.

Speed of the Line

Henry Ford and his managers, around 1920, simply kept on increasing the speed of the line until the workers were no longer physically able to keep up with the speed. Luckily, these times are long gone (I hope). But seriously, don’t just increase the speed until the workers can no longer take it! This is really bad practice and will demotivate workers. They will hate the company, and quality will suffer. In lean terms it would be one of the three evils in manufacturing: Muri, or overburden. See Charlie Chaplin in the afternoon scene of his famous movie Modern Times on how NOT to do it (Youtube link here, but copyright unclear).

At this time I have to be more precise in what I mean by speed. The speed is usually defined in meter (or feet) per second (or minute). However, when setting up a line, the speed is actually the time between one part and the next part. The distance between parts is important here. Every how many seconds does a part enter the space of a station. This is the time the station has to complete the part.

The time between parts should be based on two things: 1) The station or process with the highest workload (and of course, with line balancing, all stations should have a similar workload), and 2) the customer demand.

Not Faster than Slowest Station

The time between parts should not be faster than what the station with the highest workload can do. The slowest station should be able to complete the part within that time.

There is a little wiggle room if you alternate high-workload parts and low-workload parts. For exaple, for a car assembly, if you alternate two-door and four-door cars, then the door assembly has to do, on average, three doors. If the line is set up so that this team has a long-enough segment of the line to average this out, it may be a possibility to briefly have a higher workload if it is followed immediately by a lower workload. To determine the workload, you can use either time measurements of predetermined motion time systems like MTM.

Toyota, for example, does reduce the speed of its assembly lines slightly if demand is lower. However, this is only a small reduction of 10% to 30%. For larger decreases in demand, they reduce the working time rather than the working speed. The danger of reducing the speed too much is that the workers have too much time, which will break their working rhythm and may worsen quality. They also have to find their rhythm again if the line speeds up again.

Also, from the view of the worker, working too slow is a pain and does feel uncomfortable and boring. If you don’t believe it, try it out. The next e-mail you type, force yourself to slow down to one letter per second. Instead of enjoying the additional free time, it will feel r-a-t-h-e-r  u-n-c-o-m-f-o-r-t-a-b-l-e. The same applies to manual work.

By the way, it should be obvious, but if the customer demand is higher than your line at top speed, then you need either more work hours or a second line or a significant improvement of efficiency of the stations.

Other Influences on Speed

There are additional influences, as for example that the speed is significantly slower than walking speed (i.e., significantly less than 1.4 meters per second). First of all, the workers have to keep up with the parts. Unless there is an entire moving platform, the workers may have to walk along with the part. The part should be slow enough so that the worker can not only walk along, but also work while walking along. This also would usually satisfy another requirement that a worker does not get injured if a part bumps into him.

Each station should have enough space so that it can do the work before another part arrives. Since we can play around with work space, speed of the line, and time between parts, we can influence the work space through the other parameters. In the interest of efficient usage of space, we should have the smallest work space possible that provides a safe and comfortable working environment. Also, the smaller  the work space, the less walking and transport distances you have.

The moving assembly line has quite a few advantages.

First, the production output can be defined through the line speed. This makes it difficult for workers to slack off. While this is usually seen as an advantage, it can also be seen as a disadvantage, as the worker needs some short times to recuperate. However, due to the fixed speed, the work stations are often slightly faster than the speed, giving the worker some breathing room again.

It is also easy to see delays and problems. If there is a problem, the workers have to stop the line before their time runs out. Check my post on Andons for more about a good way to signal such problems and to stop the line.

The moving line also needs no part buffers. Since the speed is exactly the same everywhere, there are no extra buffers of parts needed to decouple fluctuations. Instead, your fluctuations are decoupled through waiting time of the workers for the next part.

The moving line also has disadvantages. To operate, the line has to be fully staffed. Adjusting the capacity through the number of workers is usually more difficult.

The workers also have more wasted as part of their work. They have to walk along the part during production (unless it is a moving walkable platform where the workers can walk on the moving platform while it is moving), and they definitely have to walk back to the next part after finishing one part. Since the speed is also slower than the slowest station, their work may include waiting times for the next part.

The moving assembly line is also difficult to automate. For workers it is not a problem to walk back and forth along the line. However, this is more difficult for machines. While small handheld tools are often hanging from a movable overhead system, it is difficult to have a complex machine moving along the line. But then, the main advantage of defining the line speed is not needed for automated systems anyway, since you can set the machine speed directly, whereas the worker has to be influenced by the speed of the line.

The moving assembly line is also less suited for long cycle times, and is most commonly used for shorter cycle times. I have seen it most often in automotive, where a car is produced every 1 to 2 minutes.

Overall, if you have manual mass-produced parts with a short cycle time, a moving assembly line may be a possible solution. Now go out, get things moving, and organize your industry!