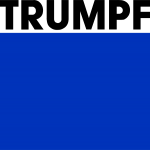 In the previous post I have described the company Trumpf, and went into detail of its Flow Production, inventory reduction, and supplier integration. But there is more:

KPI tracking on all levels

I was also particularly impressed with their team boards. While many plants have fancy-schmancy team boards they often see not much use and have even less benefit. At Trumpf there are team boards for the operators and supervisors, for group leaders, and for plant managers. And they seem to be used for daily meetings (called “Stehung”, German for Standing-Meeting). Please note that the image on the left is a stock picture by Trumpf, and the boards I have seen looked much more lively and much less printed!

Almost all of the data is written by hand (see also my post The Advantage of Handwritten Data on the Shop Floor), and I was unable to find an outdated sheet or KPI (which is usually one of my easier exercises in other companies).

The data tracked also seems to make sense, including some sort of productivity measure, delivery performance, number of employees available, and so on. For middle and upper management the board also included a tracking KPI if these managers actually participate in the meeting. Most of them also seem to have an understandable level of complexity (although there was one printed sheet with more complex KPI’s pulled out of the ERP system). Overall it looked like a reasonable solid implementation to me.

One key part of lean manufacturing is its continuous improvement (or Kaizen in Japanese). Toyota does it successfully, frustrating other companies that simply want to copy the RIGHT SOLUTION from Toyota. After they have glimpsed THE TRUTH at Toyota and struggled implementing it, they come back a year later just to see that Toyota has changed it completely.

Trumpf seems to take inspiration from others, but to go its own way with its solutions. This includes the continuous improvement process. For example, the team boards described above are anything but static. About once per month the plant manager changes his or her own board, taking out KPI’s that are no longer needed, and adding others that become a problem or a focus topic.

Currently Trumpf is also updating its production system with a new Synchro Plus being implemented since 2011. The focus of Synchro Plus is on management to drive its continuous improvement process. The goal is to increase participation of management directly on the shop floor. Indirect areas also seem to come more into focus besides production and logistics. From what I have seen in 2014, it seems to work.

These details above and in the previous post are just a few aspects of the Synchro production system, but these are the ones I was most impressed with.

Why Synchro worked where so many others failed

Many companies try to implement lean, but quite frankly, most fail. Trumpf obviously did some things differently. Productivity, inventory, cost, and many other KPI’s have improved dramatically during the last 15 years. So what is the difference?

I believe one key difference is that Synchro has a strong driver with Mr. Kammüller, who managed to change the corporate culture. Other companies delegate Lean to middle or higher management, who see it as a step in their career building but have their eyes already on the next higher up position. Hence there is a focus on short term measures to impress the boss to achieve a promotion. And if the measures don’t work there is always the option to fudge the numbers. Trumpf seems to be different with more consistency and a long term view.

This is helped by Trumpf being a family owned company, with the top executives being sister, brother and brother-in-law. Synchro is running under the same management for fifteen years now. In regular public owned companies a CEO can be happy to have five years before another CEO changes direction, and all underlings are just waiting to kick the CEO out in order to take its place.

Also, Trumpf seems to share its success with its workers. Both production and offices looked very clean and modern, with lots of art in public spaces. Some parts of the plant felt to me more like walking through a museum than a factory. The restaurant was also way above average quality (With restaurant I mean the factory canteen, but Trumpf prefers to call it a restaurant – rightfully so). Relations between management and unions also appear to be cooperative.

The employees also seem to be involved in decision making and interested in their product. For example, behind the receptionist was a CNC laser engraving machine. I first thought this was a display only, but no: the receptionist was engraving parts when there were fewer visitors, and she enjoyed doing it. She told me that it makes her feel good to produce for Trumpf, too. In my opinion this is quite unusual in a good way. Or how many receptionists do you know that are so interested in their products, let even know how to operate the machinery?

Of course, the system at Trumpf is not perfect. There is no perfect system. Delivery performance is not quite as good as it should be (but still better than many other machine tool builders I know), some numbers on the KPI board did not quite add up, and so on. That is normal. Yet it seems such issues are taken on much more seriously at Trumpf than at other companies. Also, Toyota is working on its production system for over 60 years now, whereas Trumpf is just 15 years down its journey.

If you read my blog more frequently (which you should 🙂 ), you will know that I am often critical, maybe even cynical of what is claimed to be Lean by most companies. Hence I am just happy to see a company that seems to be truly on the right path.  In any case, I hope this post gave you some motivation and insight for your own company. Now go out and Organize your industry!