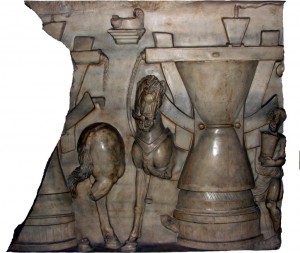 Most of our prosperity and wealth is based on our ability to manufacture faster, better, and cheaper than ever before. To announce the publication of my first book “Faster, Better, Cheaper” in the History of Manufacturing: From the Stone Age to Lean Manufacturing and Beyond, I would like to start a four post series where I explore this story and tell you a brief version of the History of Manufacturing. In this first post I would like to talk about prehistory, division of labor, mechanization, and manufacturing during antiquity.

Ladies and gentlemen, we live in an age of unprecedented prosperity. No generation before ours has had as many material goods as we have. That is thanks in large part to production. The story I would like to tell here is how production developed over thousands and millions of years.

One small part of this is: How can you produce something?

Therefore, through production becoming faster, better, cheaper, we have achieved a large part of the prosperity that we enjoy today. However, let us start from the beginning. 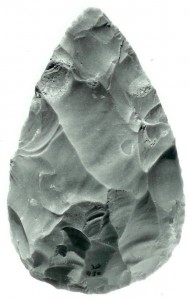 Let us go back two and a half million years, to the first production. In this case the production of stone hand axes in the Stone Age. Homo habilis produced these. They were also the very first representation of the genus Homo, to which we also belong as Homo sapiens. It is no coincidence that habilis comes from Latin, meaning toolmaker or handyman.

Homo habilis was the first who really engaged in production. Now we know very little about production at that time, but we have learned a couple of things. For example, the longest-producing manufacturing site in the world is a place in Africa, at which stones were processed for about a million years.

The manufacturing site was between two mountains. Ten kilometers in one direction was one mountain, and ten kilometers in the other direction was the other mountain. We have also learned that there was one corner where new hand axes were produced. The pieces at that location are consistent with stones that were manufactured into new hand axes. Nearby, old hand axes were re-sharpened. The pieces at this site are consistent with the splinters of used hand axes that were reworked and refurbished.

You may of course ask the question, why were the new hand axes in one location but the used ones in another? The logical conclusion would be, they already had the first division of labor. It is not certain, but it is probable that some had already specialized in making new hand axes. Others specialized in reworking old hand axes. Finally, others who were not so skilled with their hands specialized in getting stones from ten kilometers away and bringing them back to the site.

The second technique was changing material properties, 120,000 years ago. What you see here is the tip of a spear. Wooden spears already existed long before, but this spear tip is hardened. When you put wood into a fire, it burns. However, when you place wood carefully into a fire, turn it, and do not leave it in too long, then the water and moisture evaporate, and the spear becomes harder. That means that already 120,000 years ago, the manufacturing technique of “changing material properties” existed. [Side note: Since the presentation I learned that there is even an older technique that treated stone with heat for better stone tools.]

The next technique was joining, 72,000 years ago. At that time, arrowheads were attached to the wooden arrow shaft with resin and other materials. They made one part out of two and joined the parts together. 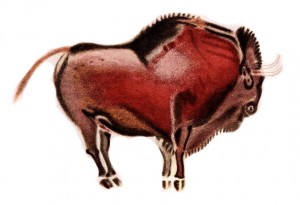 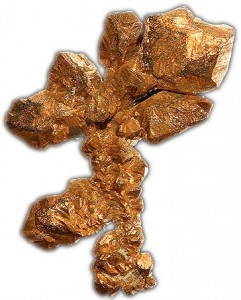 Forming has also existed for almost 10,000 years. For forming, we typically need metal. Metal is a malleable material. Already 10,000 years ago, small beads and pendants were formed from metal.

If you are a little bit familiar with history, you’d say, “Wait a minute! For metal, we definitely need metalworking, and that is from the Bronze Age. But that hadn’t even started yet ten thousand years ago!”

Correct. The metal is a so-called native metal that comes in a pure form in nature. Not often, but occasionally, there’s a piece of copper found in nature. They hammered on these pieces. Before they knew how to liquefy or extract it, they struck it and formed things that way.

Hence, all of the six manufacturing techniques that we know of were applied in one form or another during the Stone Age. Of course, significant technological progress has happened since then.

Division of Labor in Ancient Times

He determined that in a small city, craftsmen must actually do everything that even remotely comes under their general area of knowledge.

In a large city, however, they specialized. An example from shoemaking: One worker specialized in sewing the shoe soles; another cut the leather; the third did nothing but place the leather upper, and the fourth did nothing but put the final pieces all together. That means that at that time there was also a relatively good division of labor. As mentioned before, the division of labor makes production faster, better, and cheaper. 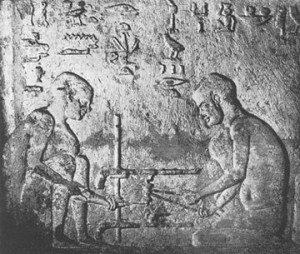 There were also the first machines in ancient Egypt. Thousands of years ago, the pottery wheel already existed. The Egyptians also had the first lathes, at that time of course operated by hand. On the right, you can see a man who is operating the lathe with two cords, and on the left, a man who is holding the instrument in place and ultimately turns it.

We human beings are – in terms of living things – very skilled. However, we have no power. Compared to us, animals such as horses have considerably more power than we do. In that respect, it was of course logical that we came up with additional sources of power. For example, the Romans made use of horses and cows relatively early on. Here we have a picture of a Roman flourmill, in which a mule walks in a circle and turns the mill. 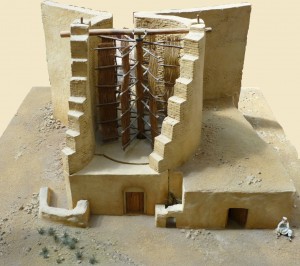 Natural energy sources were also used early on. Here we have a picture of a Persian windmill utilizing wind power. This of course does not look like a Dutch windmill. The wind blows through the middle, and the shaft is vertical, rotating a millstone at the bottom. At that time, they did not yet know how to convert a vertical rotation into a horizontal rotation by using gears. 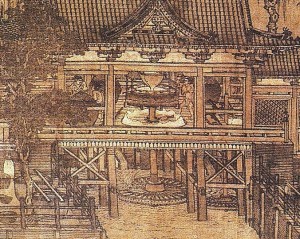 It was a similar story with waterpower. The next picture shows a Chinese water mill. You can see how the water flows through underneath and the millstone is on top. Again, for the lack of gear technology, there is just one axle. 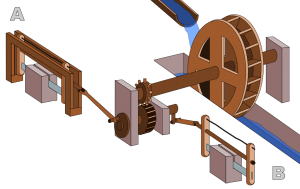 Finally, the Greeks and Romans developed gears. The Romans were also the first to transform a rotation into a back-and-forth movement. Here is an example of a Roman sawmill, where through waterpower a saw is moved back and forth.

The Romans were also well known for their agriculture. They bred animals and plants at a never-before-seen level of productivity. Only in the modern era were we again able to reach that level of cultivation of such an animal size and productivity.

Prestige of Craftsmanship in Antiquity

Had the Romans done the same with production, who knows? Maybe we would have already had the Industrial Revolution a thousand years ago. This raises the question: Where would we be now if we would have already had the steam engine a thousand years ago? Unfortunately for the Romans, that was not the case. As for the reason, I will leave that to the best-known Roman orator, Marcus Tullius Cicero, to explain.

Most of you earn your money through a craft related to production or manufacturing. In ancient Rome, you would not have been popular. You would not have been invited to any parties. Also, on the marriage market, you would have to settle for the leftovers. The Romans had a very clear opinion of craftsmanship: it was vulgar! Similar for the Chinese, trades and commerce together were not reputable.

21 thoughts on “The History of Manufacturing – Part 1: Prehistory to Antiquity”