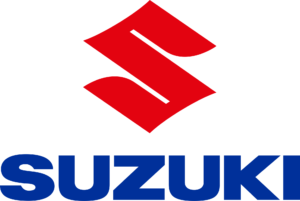 The history of Suzuki is actually quite similar to the history of Toyota. Suzuki is one of the oldest companies on my grand tour, being founded in 1909. Like Toyota, the founder, Michio Suzuki, initially invented and produced looms before also starting to produce motor vehicles in 1937 (same year Toyota Motor was founded). They originate from Hamamatsu, which is also less than two hours drive from Toyota City.

While Toyota eventually also produced larger and more luxurious vehicles and started the Lexus brand, Suzuki is known for small and inexpensive cars. With almost 3 million vehicles produced in 2016, Suzuki is the eleventh-largest car maker in the world. Over half of these vehicles are produced in India, and only 800,000 in Japan. However, they are also well known for their motor bikes and outboard engines for boats.

They have six plants in Japan, all within an hour’s drive of Hamamatsu. They also have multiple plants all over Asia, especially in India, and in Hungary. The group has a bit over 60,000 employees. Their profit margin is around 5%.

Hence, Suzuki has a lot of experience in the Toyota Production System. Their Suzuki production system therefore also includes a lot of the important aspects of the Toyota system like Kanban, JIT, quality circles, leveling, and the elimination of waste.

Different from Toyota, however, Suzuki uses a performance-based wage system.

In terms of philosophy, Suzuki uses the word monozukuri more often and earlier than Toyota. They also work on eliminating the 3M’s (Muda, Mura, Muri) and use the seven types of waste. They also like the 4M framework man, machine, material, method.

Specific to Suzuki is their policy on building cars, summed up in five words, or abbreviated in five Japanese characters 小少軽短美:

The Suzuki assembly line produces a car every sixty-five seconds, which allows 4.5 meters for each process before the next process has to start. Clearly, they are making short cars 🙂 .

In terms of efficiency, Suzuki does not quite achieve the levels of Toyota. Production at Suzuki feels more labor intensive and involves lifting. For example, at Toyota all seats are usually installed using a mechanical lifting device.

At Suzuki, however, only the rear seat bench is added using a mechanical lift. Both front seats are added to the car by hand, requiring heavy lifting by the workers. 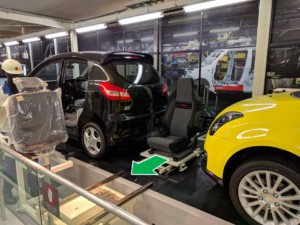 The mechanical lift for the rear seats is also not as smooth as the one at Toyota. The worker at Suzuki has to go through multiple motions and turns before the rear seat is in place, using more movements than at Toyota.

The front seats are delivered from one side of the line. Obviously, one seat has to go to the other side of the line to be installed from that side. Rather than delivering the seat over or under the line, they use a nifty device which pretty much shoots the seat between the gap of two cars.

Similar applies to the wheel installation. The wheel is provided to the worker in an upright position, but the worker has to lift it to the car, rather than using a mechanical lift. The worker then proceeds to add four screws by hand, screwing in the first few threads so that the screw does not fall out. Only then does a machine take over and screw the screws in all the way and tighten then.

Both the heavy lifting and the cumbersome adding of the screws is much better solved at Toyota, feeling much more efficient. At another station, a plastic door cover was hammered in place using nothing but a fist. While this may be fine once, doing this repetitively will hurt the worker’s hand.

Overall, based from what I have seen, the worker is using his time productively only 40% of the time, with up to 60% of the time waiting, walking, and transporting. In comparison, a worker at Toyota is value adding 70% to 90% of the time.

Not all is well with the workers at Suzuki. According to the Japanese employer reference and review site Vorkers, Suzuki workers give their own company a pretty low ranking of 2.7 out of 5, which puts them at the bottom of the Japanese automotive industry, next to Mitsubishi with 2.66. In comparison, Toyota ranks best with 4.19.

With respect to overtime, they are the worst automotive company in Japan with an average of 39.7 hours of overtime per month. That is like one extra week per month overtime. Best is Mazda with only 22.4 hours overtime per month. Remember, this is Japan, where overtime is very common. Still, Suzuki does not seem to be an overly happy place compared to other car makers in Japan.

The Suzuki Plaza is an excellent showcase of the process of making a car, from design to production. It also goes into the history of Suzuki, and (of course) has selected models on display. However, you need to reserve your visit through their Suzuki Plaza website, which unfortunately is available only in Japanese. Try using Google Translate if needed. The location of the plaza is 〒432-8062 Shizuoka Prefecture, Hamamatsu, Minami Ward, Zoracho, 1301.

Many thanks to Suzuki for their very nice museum. Anyway, on to the next Japanese car maker as part of the Grand Tour of Japanese Automotive Plants! In the meantime, go out and organize your industry!

3 thoughts on “The Grand Tour of Japanese Automotive – Suzuki”