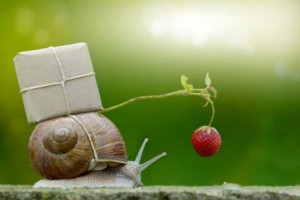 What Is the Issue? 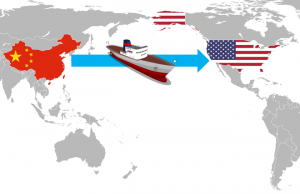 In many lean books (and also this lean blog), you read about the advantage of having the supplier nearby, having short lead times and delivery times, and having very local procurement. This makes it much easier for your material flow, especially with such tricky things as Just in Time, Ship to Line, or Just in Sequence.

Yet, often you do not have that luxury. If you go through your bill of materials, you may find quite a few that are shipped in from another country or another continent, either by air (which takes only a few days including customs but is expensive depending on weight) or by ship (which is stupendously cheap but can easily take months).

Sometimes this is simply because the only supplier just happens to be far away. Or it may be that the local suppliers are not up to scratch. A German high-level manager once told me that he opened a factory in the USA, and decided to buy as much of the equipment in the USA as possible to show his dedication to the new site. Yet, while he found suppliers for most of the machine tools in the USA, they were both more expensive and offered worse quality than what he could get in Germany and Japan. Hence he ended up buying the tools in Germany and Japan after all. 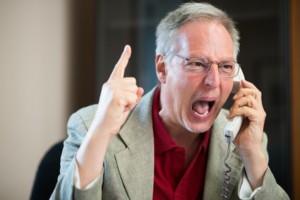 More commonly, however, is that the supplier is simply cheaper. Of course, when I say cheaper, I mean merely the purchasing and shipping costs. Yet, most shop floor managers have a very different opinion of cheap machines, cheap parts, cheap quality, and cheap service. Overall, you may very well end up with a much higher bill from a distant but cheap supplier than a local but “more expensive” supplier. In any case, cost accounting and Lean are rarely good buddies.

What Are the Effects?

There are a lot of different effects of long delivery times. Here is an overview of the important ones. 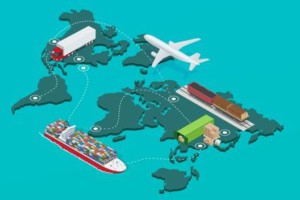 We all know that this does not really work. No plant in the world can fix its production four months ahead and stick to it. Hence, you need to cover eventualities. There are always three ways to decouple such issues: Often, additional inventory is used to buffer such fluctuations. You could also ramp capacity up and down. If these don’t work, then you will default to the third way: your customer has to wait. All of these are cumbersome and may be expensive.

Some German car makers got hit quite hard by this during the 2007 economic crisis. They produced parts in Germany, sent them to China for cheap processing, and then shipped them back to Germany for assembly. Total time for the round trip: six months. When the crisis of 2007 hit and car sales dropped into the abyss, they were still getting enough parts for full production for six months! They had a hard time finding storage space for the goods, and had to rent additional warehouses to store all  the stuff they didn’t need.

Similar for quality issues or design changes, it takes months after the fix/change before you get parts that are actually fixed or the design is actually changed.

The second effect is no longer on everybody’s radar, but it is still visible to many people. Not only does your delivery time go up, but your delivery time also fluctuates more. At Toyota in Japan, most goods arrive within two hours from the factory. Hence, a 25% fluctuation would mean a thirty-minute delay (being thirty minutes early is rare). This is still good enough for Just in Time.

However, if your goods come from abroad, your shipping time may be three months. A similar 25% fluctuation would mean a three-week delay. This three-week delay will throw any idea of JIT right out of the window. Even if you can get the fluctuations down to 10%, this would still be a week, so forget about Just in Time and other nice things; you can’t have them.

Similar to the long lead time above, where you decouple the uncertainty in your planning with inventory or capacity or time, you can also decouple such lead time fluctuations with inventory (earlier delivery date and have the goods sit around), capacity (rush production when the goods finally arrive), or – if all else fails – with time by making your customer wait.

That a distant supplier has long lead times and higher lead time fluctuations is pretty obvious. Less obvious is the worsening quality of the information flow. After all, there is not much time difference between a phone call or an email across the road and one across the globe.

Yet, longer distances worsen communication. For one thing, you are less likely to visit, and hence have less face-to-face communication. Even with phone calls there is often a time difference, and rather than calling your counterpart at 3:00 AM, you may not call at all.

Also do not underestimate the cultural differences. Even with best intentions, things can be misunderstood. There is the language ability, and not everybody speaks English well.

Even for native English speakers there are some differences. If you compliment your female coworker on her nice hot buns, the British lady may take it as a compliment on her bakery, whereas the US woman will sue you for sexual harassment. Similarly, if you knock her up, you merely woke up the British woman, whereas the American lady … well … has some a bun in her oven now. (If you need an explanation, see the bottom of the page.)

This can get even worse if there is a lack of goodwill. Many may see people of other nations as inferior to their own. For example, in a German company in China, many (not all) of the Germans talked lowly of the local Chinese. A Chinese coworker ensured me that this is also true the other way round. This seems to be more common with larger differences in culture. Again, not everybody behaves that way, but enough people so it is a common problem. Without getting into the topic of racism, lets just say this was not good for the exchange of information.

Overall, the information flow becomes worse with distance for a multitude of reasons. 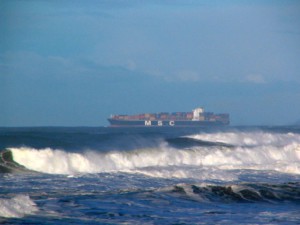 Also not to forget is the impact on the part quality, and to a lesser degree on the quantity. Shipping can be rough for the parts. They move around, may get banged into each other, may be exposed to salt water mist on ships, get hot, get cold, get dirty, may rust, and so on. Again, the longer the goods are en route, the more likely that some of them may be damaged and need rework or have to be scrapped.

Less common but also possible is that parts get lost. The ship may sink, or your goods may simply be stolen. Not that common, but sometimes a problem nevertheless, especially if you ship expensive consumer goods. 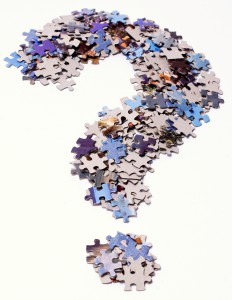 The big question now is how to deal with these effects of long delivery times. Maybe you are hoping for a quick, easy, and also cheap solution. If you know one, let me know, because I don’t (and please note that I don’t believe in magic software that solves all problems). The following ideas are all far from easy.

Of course you could pick a supplier closer to home. If that is possible, then that would be a good way, even if it may be a bit more expensive according to traditional cost accounting. Yet, in many cases there are no closer suppliers, or the powers in place prevent you from using them (i.e., your boss decided to go with the initial one regardless).

The next best course of action is then to mitigate these effects. You can buffer against fluctuations in the lead time and in your own production plan using inventory (or capacity or time). Of course this takes money and effort. Better but harder would be to reduce these fluctuations.

Make sure information flow is maintained, and even if the supplier is far away, try to visit them and have them visit you. Try to establish a good supplier-customer relation. Again, this takes money and effort.

Make sure the goods are packaged well and protected from movement and the elements (and theft if needed). Again, this takes time and money.

As for managing the flow: Here we have to distinguish if it is a mass-consumed part that you order regularly in large quantities, or if the parts are rarely ordered or even custom made. For rare orders or custom-made parts, there is no other way than to order them ahead of time. Adding a time buffer to the delivery date will increase the chances of the goods being there when you need them, but also the cost of paying earlier and having to store the items.

For mass ordered parts: You can use a pull system here like kanban, reorder point, or reorder period. Like all pull systems, you merely try to refill your inventory to the target level. Due to the higher fluctuations in the system, you may need some extra inventory, which again costs time and effort. Again you have to do a trade-off between the cost and the availability of your parts.

In sum, there are no easy answers to the problem. The general lean ideas still hold, but due to the long and fluctuating lead times, they just need more effort or inventory. Now, go out, get a closer supplier, and organize your industry!

P.S.: This post originated from a question by Guido.

P.S.S: Puns with buns: “Buns” mean round bread, often sweet, in the UK ( such as in cinnamon buns), but it can mean sexy butt in the US. To “knock you up” means to knock at your door to wake you up in the UK, but to get you pregnant in the US. Having “a bun in the oven” is a metaphor for  being pregnant.

P.S.S.S: Rob van Stekelenborg added some great points in the comments below. Use JIT, use small lot sizes. Have a (cheaper) supplier a distance away for the volume, and decouple fluctuations for the same parts with a more flexible local supplier (although Rob warns about quality and other issues popping up.) Having your supplier keep the parts in a local subsidiary until you need them does not solve the problem, but can push the expenses towards the supplier. Rob calls this very fittingly “financial games”. You also have to agree on who owns the part, what happens if there are design changes, or who pays for scrapping of leftovers if you stop your production.

P.S.S.S.S: Michel Baudin also added that the material delivery could be outsourced to a specialized trading company. They could consolidate different materials in a warehouse near your plant, and deliver it from there to your plant as needed. While this won’t decrease the needed buffer inventories, it outsources the trouble of taking care of them to another company. And, since this company specializes on logistics, it is (hopefully) better at it than your company, having both more focus and a larger economy of scale.

6 thoughts on “How to Deal With Long Delivery Times”