Just in Time (or JIT) is a powerful method to reduce costs and increase efficiency. However, it is also very difficult to achieve. Most times when a Western company tells me it does JIT, it turns out that this is merely wishful thinking. Let me tell you what JIT really is. I will also talk a bit about the history of JIT. Finally, I will show you a few negative examples of wishful thinking common in modern industry. In my next posts I will go into more details on how to make it work.

The idea of Just in Time originated with Kiichiro Toyoda (1894–1952), founder of the Toyota Motor Company. During a trip to England, Toyoda missed a train. The train was on time, but Toyoda was slightly late. This had him thinking about analogies for material. Material arriving too late is obviously bad, as it causes stops and delays. However, material arriving too early is also bad, as it increases material. Hence, the material had to arrive just on time. Combined with a grammatical error, this is now the famous Just in Time (JIT), first mentioned at Toyota around 1936.

However, having the idea is one thing; creating a successful implementation is another. This can be credited to the Toyota employee and mastermind behind the Toyota Production System, Taiichi Ohno.

The experience of Ohno and Toyota during World War II probably helped too. The company was constantly plagued by material shortages, and having unused material sitting around while they lacked other materials was especially painful. In combination with pull, kanban, and many other things, Ohno successfully managed to reduce inventories. This also included the use of Just in Time.

The Western world became curious about the success of Toyota only after the 1973 oil crisis, which hurt many Western car makers but not Toyota. A large study and the resulting bestseller The Machine That Changed the World showed that Japanese car makers were indeed far superior in cost and quality. This started the whole Lean Production wave.

The  topic of JIT in particular started  to take off around 1980 but reached its peak in 1990. Since then it has been still present but is less frequently mentioned in publications. The Google Ngram graph below shows the occurrence of JIT in English Literature over time, and the 1990 peak is clearly visible.

What Is Just in Time?

In its pure theory, Just in Time is a method where material arrives just on (in) time when it is needed. This is valid both for purchased or delivered material and material processed on site. Ideally, the moment a worker needs a part, it should arrive right where he needs it.

However, the material arriving Just in Time is only half of the story. The other half is often missed. The material also has to depart on time. Hence, in a perfect JIT world, all material would be either in transport or currently worked on. There would be no idle inventory anywhere.

How Little Material Do I Need for Just in Time?

JIT is reduction of material in the supply chain, with particular focus of the material arriving just when it is needed. Yet, it is almost impossible to truly hand over the material just at the moment when the worker needs it. Even good companies have small inventories at the manufacturing location, and other small inventory buffers at different points along the supply chain. So, how little do you need to call your process JIT?

Unfortunately, there is no clear answer. Nobody has defined when you are JIT. In my view, if you have more than a day’s worth of material at the plant, then you are probably not JIT. But, if another company wants to call its month’s worth of inventory “Just in Time,” there is nobody who can stop them from doing so (although I would strongly disagree!).

Why Just in Time Is Useful

Just in Time primarily reduces inventory. This reduction in inventory then reduces cost. Factors relevant here are, for example, less tied-up capital, less handling, less storage cost, less administrative overhead for inventory, and less scrapping or obsolescence (see The Hidden and Not-So-Hidden Costs of Inventory). However, there are two derived benefits from reduced inventory trough JIT that I would like to especially point out. 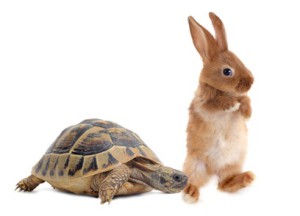 In my view, one of the two big benefits of JIT and the resulting reduction of inventory is the reduced lead time and hence the reduced response time. With less inventory, your ability to react to changes will improve drastically. The direct linear relation between inventory and lead time is defined by Little’s law. If you reduce your inventory by half, your lead time goes down by half too.

Product design changes will progress through the system faster, defects will be detected earlier downstream, production plan adjustments can be reacted on faster, and so on. Overall, this is one of the big benefits of JIT. Yet, this is the more difficult part where your material has to both depart and arrive on time.

The other big benefit of reduced inventory is the reduced storage space. While this sounds obvious, there is an interesting twist to it for JIT. Let’s assume you have a large pile of material. You could store it in a dedicated storage area, or you could store it right next to your manufacturing processes. While it would be convenient for logistics to have the material right where it is needed, it would be better to store your material elsewhere.

The combined cost of storing material is not equal everywhere. The closer you get to the manufacturing processes, the more precious your floor space becomes. The less material you have at manufacturing, the closer together you can place your processes. This is good for efficiency. If you have large piles of material around your processes, then the processes have to be farther apart. Workers have to walk more, material has to be transported farther, information flow is slowed down, and so on.

With JIT, you can reduce the inventory, especially around the processes where space is most valuable. Best of all, for this it is enough when the part arrives just on (in) time. It does not matter when the part departed. You do not need to reduce inventory along the entire supply chain, but only at the last stop where the material is consumed. The benefit of reducing inventory around your machines and processes can also be achieved simply by storing the material elsewhere, without an overall reduction in material. Of course, reducing inventory still has lots of other benefits and is usually worthwhile.

How Not to Do It 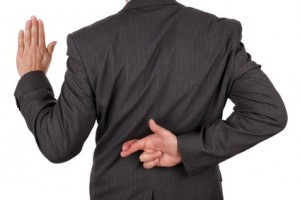 Just in Time is popular (although slightly declining since 1990). Hence, lots of companies want to do it. Unfortunately, implementing JIT is quite difficult, as explained in my next post. It is much easier to do some pretending.

Some companies outright call their inventory JIT  and are done with it. At a public tour of a large automotive manufacturer, we went through large halls stuffed to the roof with materials, while the guide casually remarked, “This is our JIT inventory.”

Another company used a third-party warehouse across the street. Most of the material was stored in this warehouse. Since, officially, it was not yet their material, it wasn’t even counted as inventory, even though the whole expense was forwarded to the company through the purchasing price. Their ability to get material from across the street was then called JIT, even though this usually required a three-day notice beforehand.

Overall, JIT is quite powerful, bringing all the benefits of reduced inventory, especially at the critical manufacturing processes where space is at a premium. Unfortunately, while it is easy to claim to be JIT, it is much more difficult to actually get it working. In my next posts I will go into more detail on the different ways to move toward JIT. In the meantime, go out and organize your industry!