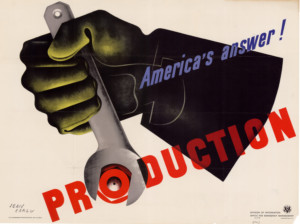 The TWI Program during World War II was very successful. Besides the Job Instructions, Job Methods, and Job Relations, a few other modules were developed, some of them internally. After the war, different institutions took over what the US government abandoned in December 1945. These follow-up institutions were the TWI Foundation and the TWI Inc. in the US; but it was also continued by the British TWI Service and the New Zealand TWI Service, and it was especially successful in Japan. Altogether, TWI was used in around seventy countries in 1960, although with quite different intensity and much less than when the US government used it through the war.  This is the last in a series of five posts on TWI. 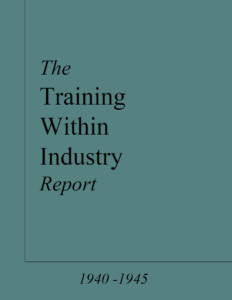 Before the TWI program shut down, they published a final “The Training within Industry Report 1940-1945” (sources below). It tells the story on how TWI was established and developed. It shows how they solved the first major issue of a shortage of 350 lens grinders, reducing the training time from sixty months to less than four months.

It shows how early on they decided on a standardized training package of ten hours (five sessions of two hours each) for ten men for their main modules. They also decided to focus on the supervisors, rather than solving all problems through training. They also have the text of “utter simplicity” of the different cards they handed out. The first main program was Job Instructions, followed by Job Methods and Job Relations, all designed to fill a need in the shop floor.

Overall, it was a smashing success, as “this is a government war agency that helps instead of hinders.” Word of mouth helped TWI to spread its wings. Below is the original statistics (TWI report pg. 92) of the percentage of plants reporting improvements over 25% in different areas over time. Pretty much all plants improved significantly due to the TWI program, some even reporting a 500% increase in production output. 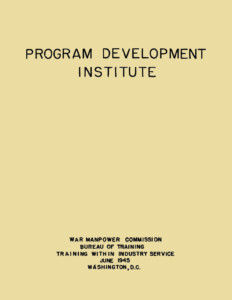 The program development module was also a five-session module, but each session was a whole day rather than two hours as for Job Instructions, Job Methods, and Job Relations. The focus was to identify problems in a plant and improve them through training. They developed a four-step plan, which is very similar to the PDCA (as are actually also Job Instructions, Job Methods,and Job Relations) but with a heavy focus on training.

In my view, they missed out on an opportunity to connect the identification of production problems not with training but with actual shop floor improvements. Yet, it was the overarching meta-module. It was also not as successful as the other programs, already in 1945, and only half of the regions participated. The TWI team realized that this program had much more potential and wanted to improve it, but the top brass thought the current program was good enough. The war ended before they completed their upgrade. 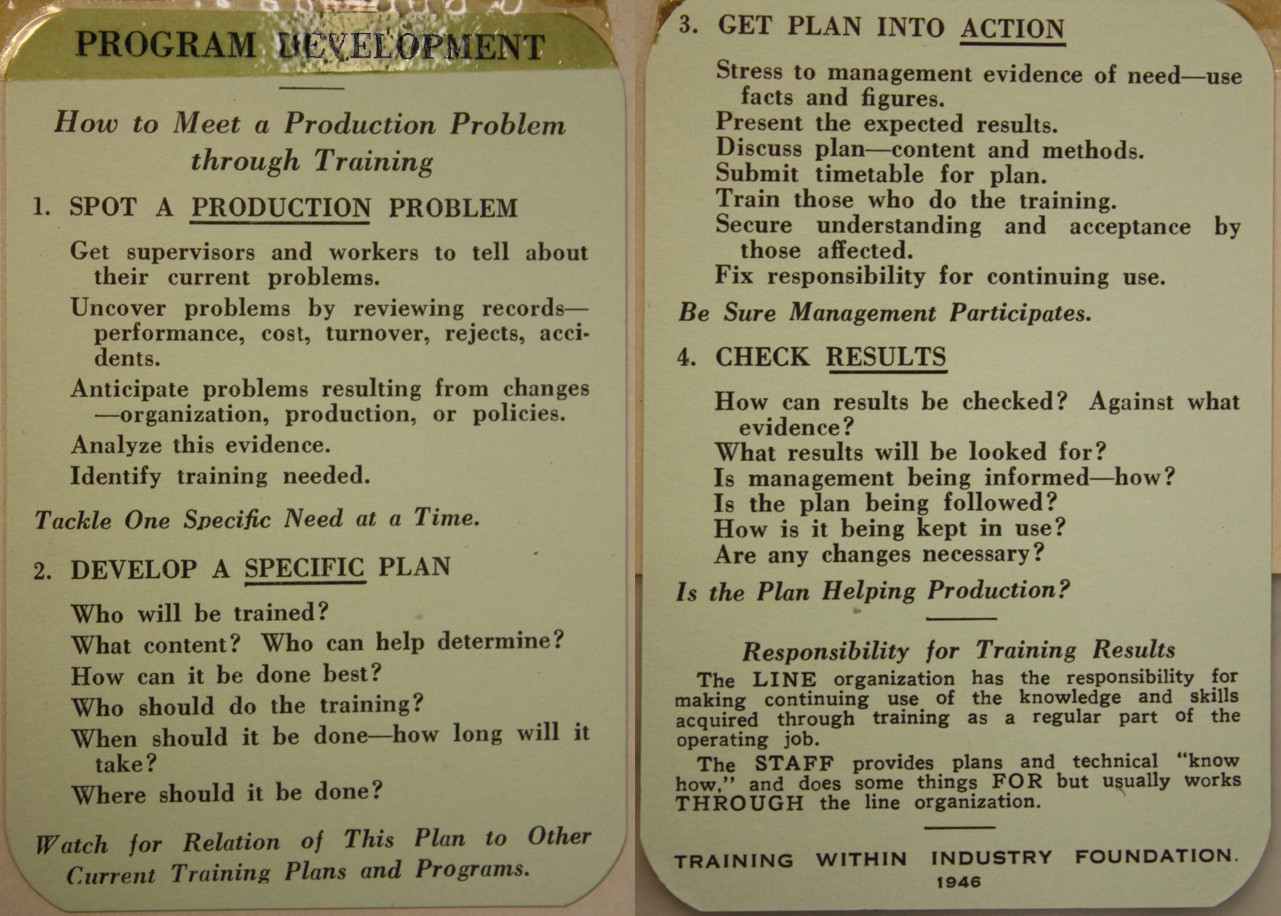 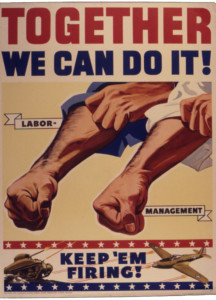 Union Job Relations used a modified Job Relations card. Below is one of the original cards (many thanks to Mark Warren), as well as the text. 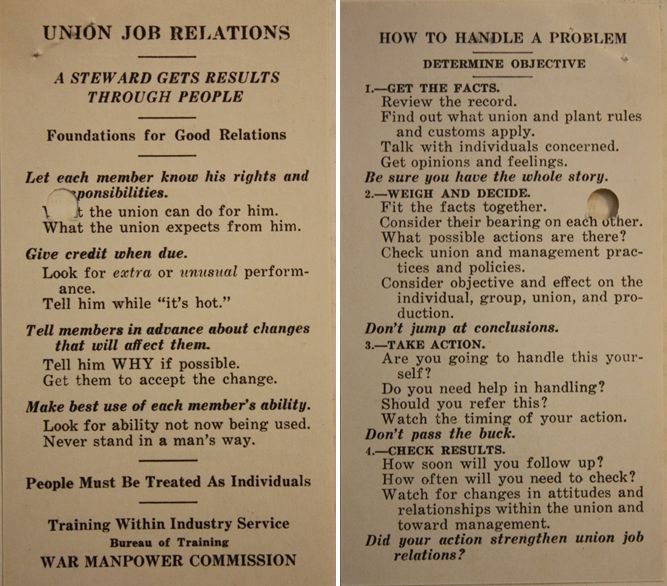 People must be treated as individuals!

How to Handle a Problem

The problem-solving module was developed only after the war, and also only by the successor organizations. Hence there are no public domain documents. In fact, apparently two successor organizations developed different problem-solving programs independently. One is from the TWI Foundation, and the other (better) one from TWI Inc. dating from 1956. 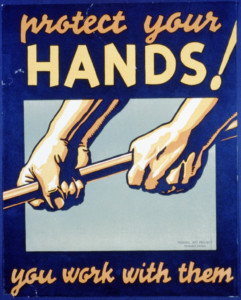 Job Safety was a program started after World War II  by Canada to … surprise … improve safety on the job. It was later extensively updated by Great Britain before being exported to Japan. Hence, unfortunately it is not in public domain, and therefore I cannot give you the full text. They also have the Job Safety card similar to the other program. The key steps are again similar to PDCA:

On top of that, the card lists the five hazard spots, tells you how to avoid safety hazards, and goes into both people considerations and environmental considerations. In my view, the main achievement of this is to raise safety awareness, which is a valid reason on its own.

This rounds up my review of Training within Industry, an old program but with lots of good and solid advice, especially for Job Instructions and Job Relations. Now, go out, and organize your industry!

P.S.: Many thanks to TWI Guru Mark Warren for checking the text. 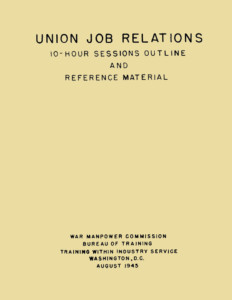 Here are the sources for the documents mentioned above.

Please note that there are also updated versions of the report with more than 600 footnotes and 30+ pages on the TWI activities after 1945 by the TWI Guru Mark Warren. It is also a much better print than the worn-out original typewriter pages.