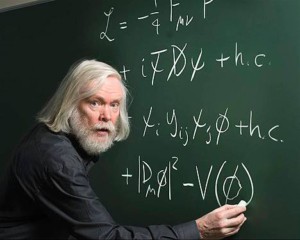 How to Calculate the Number of POLCA Cards

The symbols stand for:

How Important Is This Equation?

Maybe now you are thinking about how to calculate this for your case. Don’t worry too much about it. While I think the equation is not wrong, I also believe it is not very relevant either.

What Do We Want to Achieve? 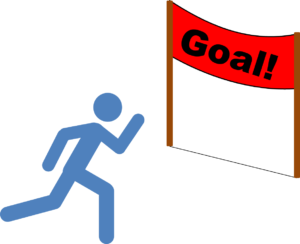 Let’s think about it. The number of POLCA cards influences different aspects of your production system. Probably most important to you are the lead time (how long until the job is completed), the throughput (how many jobs can I complete in a certain time), and the utilization (are my people actually working or just waiting for work?). Getting all of these right gives you happy customers and hopefully a good profit. 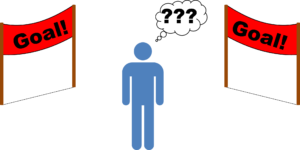 Lead time, however, usually has a conflicting relationship with throughput and utilization. If you want to have the fastest possible lead time, you release one job into the system and then wait until this job is done before releasing the next one. Lead time will be great (the sum of all processing and transport time, without any waiting times), but your throughput will be very low, as will probably be your utilization. 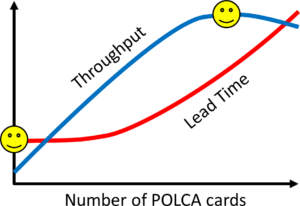 On the other hand, if you have a lot of WIP, your throughput and utilization will be larger (up to a certain point where the handling of the WIP will take up too much effort). Both are influenced by the number of POLCA cards. The relation will look something like the graph shown here (of course, influenced also by many other factors like fluctuations, management actions, etc.).

For the best lead time, you should set the number of POLCA cards in all loops to one. For the best throughput, they may be significantly more than one. Hence you need to adjust the number of POLCA cards to get a trade-off between lead time and throughput. And that is very difficult to calculate. Rajan Suri knows much more about queuing theory than I do, but we agree that neither queuing theory nor simulations are a practical approach.

It Is a Circular Equation 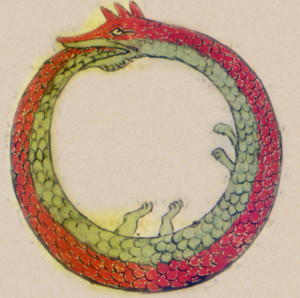 The equation uses Little’s law starting with the lead time to determine the number of POLCA cards. However, to determine the lead time you would need Little’s law starting with the WIP. Hence, the number of POLCA cards is nothing more than a representation of the WIP plus a little bit for transport and safety. It is not a trade-off between throughput and lead time, but merely a back and forth of the WIP using Little’s law.

Why the Equation Is Not Overly Wrong

The equation is based on the current lead times. The underlying assumption is that the current system is – while maybe not as good as you want it – at least a functional system. Hence, if you base your calculations on a functional system, you get a functional number of POLCA cards. A trade-off between lead time and throughput happened probably somewhat automatically by your people trying to make the system work. Therefore the POLCA calculation is probably not worse than what you have currently anyway. And Rajan Suri makes it very clear (and I agree) that this calculation is only an initial number that has to be refined by looking at how the system actually works.

As explained above, the calculation at the top of this post takes the WIP, converts it to a lead time, and converts it back to the number of POLCA cards (a representation of WIP), plus some safety and transport factors. An alternative and less mathematical approach is to simply look at the current WIP in the loop, and transform it into a number of POLCA cards (i.e., if one POLCA card represents one product, then you have one POLCA card per product).

Feel free to adjust if the number makes you (or someone familiar with the shop floor) feel uncomfortable. In case of doubt, go with the lower number, as the instinct on the shop floor is to seek safety in large WIPs, ignoring the damaging effect of this on the lead time. And lean manufacturing always tries to nudge you toward less inventory and faster lead times. Additionally, the case studies on POLCA implementation show that it helps to get rid of some of the dysfunctional operations on the shop floor, which also contribute to the current WIP.

Adjust as the System Is Running

Rajan Suri strongly recommends (and I totally agree) reviewing the number of cards regularly. First of all, the system and the load on different loops will change over time. Secondly, the initial calculation (or estimate) is merely a starting point. Hence the need to adjust.

This does not mean recalculating the number of cards, but looking at the cards in the system (Rajan calls this an audit). For each loop, determine how many cards (absolute and percentage of total) you find at which location. These locations could be

If, for example, there are a lot of cards “moving,” then your moving process may be too slow. If you have few or no cards waiting at the first process, then you may have too few cards. Similarly, if there are a lot of cards waiting, you may have too many. Feel free to adjust the number of cards accordingly, but avoid radical changes. Due to the random nature of job shops, a small (or large) number of cards may be a random quirk, and may change again soon. If you have a digital POLCA system, you may collect more statistics to see if there are often too few (or too many) cards.

In summary, don’t worry too much about the exact number of POLCA cards. Rather, try it out and adjust. Anyway, this is the conclusion of my mini-series on POLCA. Now, use this knowledge to go out and organize your industry!

While doing my research, I also found a book by Hermann Lödding helpful, although to my knowledge it is available only in German: Lödding, Hermann. Verfahren der Fertigungssteuerung: Grundlagen, Beschreibung, Konfiguration. 3. Aufl. 2016. Berlin Heidelberg: Springer Vieweg, 2016.

P.S.S.: I would like to thank Rajan Suri for his input and his patience.

2 thoughts on “Calculating the Number of POLCA Cards”