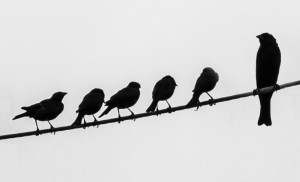 Pretty much all companies are based on a hierarchical structure. One superior manages multiple subordinates. The question is: How many subordinates should be managed by a superior? This is also called the span of control. This depends on a number of factors. Let’s have a look at efficient group sizing. 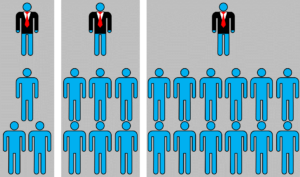 In the end, the time needed to both manage and do other jobs should be sufficient to do all tasks properly. Overloading the supervisor will have him out of necessity doing jobs sloppier or not at all to manage the workload within the available time. If the supervisor has too much work, it may be necessary to adjust the workload by adding hierarchical levels, changing group size, or assisting him with his other tasks.

In the worst case, the supervisor (or the worker in general) gets used to the situation of having too much or too little time. He may see wasting time (if too much time) or making sloppy jobs (if too little time) as the new standard. You would not only need to adjust the workload or time, but also the attitude of the supervisor toward work. Overall, this topic has lots of options to mess things up, which DOES happen regularly in industry.

Here is an overview of the most important factors impacting the leadership span.

Complexity of the Supervision

For example, consulting requires a lot of close coordination between team members. At McKinsey, we usually worked in groups of 1 to 3 people below the first level of management, since a lot of coordination was required, including coordination with the people of the client even if they were not part of our team.

Independence of the Subordinates 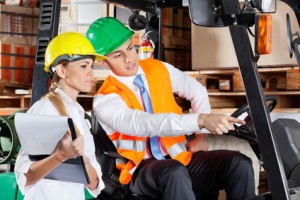 Another factor is the level of independence of the subordinates. Do you manage a team of beginners who need constant supervision and coaching? Or is it a group of experts who are best left alone after giving them the basic outline of the task? Naturally, it is more time consuming to handle newbies than seasoned experts.

Location of the Task (Ease of Communication)

Another factor is the location of the task. Are all people close at hand, ideally in the same room? In this case the manager can assist any needs quickly, and can switch between different employees quickly. Communication can be fast. Clues can be picked up non-verbally (employee getting nervous: Go and ask!). The supervisor can communicate with different people in short succession.

If the employees are more distributed, it is more difficult to supervise. The supervisor may have to do a lot more walking around, which consumes time. Getting information is also more time consuming for the same reason.Overall, the more distributed the employees are, the harder it is for the supervisor to actually supervise, since the communication requires more effort.

If they are working off site, it may be impossible to do supervision. The supervisor may be able to accompany one off-site worker, but cannot attend to any other workers at the same time. In this case it is common to pair an experienced worker with a newbie to teach him the ropes and be sort-of supervisor.

One of the (often forgotten) side jobs of a supervisor is to work on continuous improvement, both on his own and with his team. Here I have data on an interesting correlation. I measured efficiency (as the percentage of value adding time at assembly lines) and compared it with the lowest-level team size on the shop floor. For the full data see my Grand Tour of Japanese Automotive. The efficiency (red line) and the team size (blue bars with orange for the range of team sizes) is shown below.

Most curiously, plants that worked with smaller teams were much more efficient (i.e., the workers used more of their time actually working on the product rather than walking, waiting, transporting, or talking). And this included the supervisors at the line. Of course, correlation does not mean causation, but I do like to think that there is some connection. I believe smaller teams have more time to work on improvements to make the process faster, better, and cheaper.

It also matches my experience that an overloaded supervisor will drop optional things, with improvement work often being considered optional. I strongly disagree with this, but if I would be a shop floor team supervisor, I too would under time pressure put more effort into keeping the line running rather than improving the line, since I would get yelled at much more for a stopped line or late deliveries than a possible improvement project.

Other Workload of the Supervisor

Also do not underestimate the other workload of the supervisor. To give you a few examples from the shop floor, he may be responsible for data entry into the ERP system. He may be the first contact for maintenance and repairs. He could be the one planning the work schedules and absences. He could have to cover unplanned absences. He is usually the one looking for missing material. And so on. While many of these tasks are often not recognized at the higher levels of management, they are essential for a properly functioning shop floor.

In Japan, many automotive plants have a shop floor supervisor in charge of 3 to 15 people. Smaller teams seem to indicate better performance, as the supervisor has more time to help, fix, and especially improve things. Information flows faster and better in both directions, since a manager managing 5 people actually has time for his people!

In German automotive, a lowest-level supervisor often covers 20 to 25 people – on top of data entry, material search, organizational stuff, maintenance, and many other things. He simply has no time for his people to manage them properly. Additionally, the workload does go up more than the number of people. If you double the number of people supervised, you more-than-double the work for the supervisor. This would yet be another reason for smaller teams.

In the past, there was often a span of control of around 4 workers per supervisor. Nowadays it is rare to find a supervisor in charge of less than 10 people, and often even more. It is argued that modern communication makes communication easier and allows for easier supervision, and there is definitely some truth in that. However, I argue that another factor is continuous pressure to be profitable. Since the value of a supervisor cannot realistically be determined by cost accounting, cutting supervisors was seen as an easy way to cut cost. Unfortunately, reducing supervisors not only cut cost, but may have cut efficiency and productivity even more.

Overall, I do not have you an easy rule for the span of supervision. There are some available in literature, but I am not sure how valid they are. However, if you are a Western company, in all likelihood your span of supervision is too big. But equally likely, you will not have the money for more supervisors. Nevertheless, go out, try to reduce the span of control, and organize your industry!

3 thoughts on “On the Span of Control”