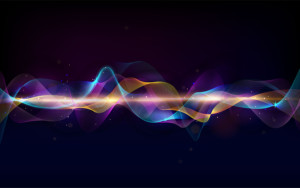 Fluctuations are bad for manufacturing. In lean, unevenness is one of the three evils, besides waste and overburden. In this post I will give you an introduction to fluctuations. One option to handle fluctuations is decoupling, but this addresses only the symptoms and not the cure. In my next post I will show you how to actually reduce fluctuations.

Fluctuations are part of all production systems. Fluctuations are actually part of everything. According to the second law of thermodynamics, entropy (disorder) can only increase in a closed system. Over time, everything, the whole universe, drifts toward chaos. Unfortunately, this includes your shop floor. It takes energy to reduce the chaos on your shop floor, but as soon as you stop taking care of your shop floor, chaos will increase again. Even with your best efforts, you cannot eliminate chaos completely, only reduce it. Hence, keeping fluctuations in check is a never-ending task on your list of to-do’s. 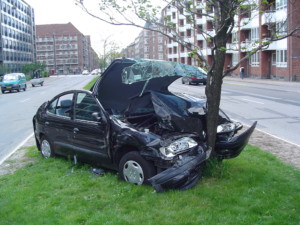 Fluctuations usually happen randomly. A machine breaks. A delivery is late. A customer buys a product (which, in itself, is not bad, but the irregularity in which it happens can cause problems). Other fluctuations are not random and may be, for example, cyclic like seasonality, or even planned like a not-leveled production plan. Any deviation from perfect monotony is a fluctuation. You won’t be able to avoid all fluctuations. Even with lot size one, you will produce different products, whose different requirements and needs are a fluctuation. 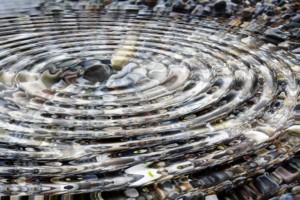 The big issue with fluctuations is, unfortunately, that they do not stay in place. If you throw a stone in a pond, there will be a local splash, but also a wave that goes across the pond. Similarly, in a production system a fluctuation will run through the value stream, both upstream and downstream. A machine breakdown will empty inventory downstream, subsequently cause machine stops, and can eventually lead to a missed sale or a late delivery. The same breakdown fluctuation also travels upstream, filling up inventory, subsequently also stopping preceding processes, and even could lead to canceling an order with your supplier.

The ripple doesn’t stop there. Both your customer and your supplier will be impacted by your fluctuations through the delayed or canceled order. Hence, this simple machine breakdown fluctuation can travel quite far in both directions of the value stream, even if the original cause may no longer be visible. Systems outside the value stream may also be affected. The machine breakdown may require additional efforts by maintenance, which may lead to a postponed planned maintenance somewhere else, which in turn may cause other problems. 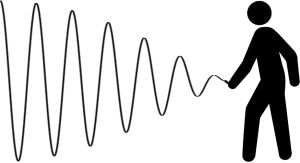 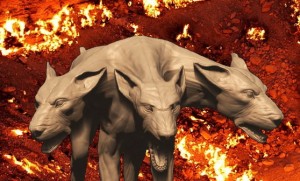 In lean language, this is one of the three fundamental evils in manufacturing. You probably know waste (無駄, muda). But there is also overburden (無理, muri) and – relevant here – unevenness (斑, mura). While overburden is considered the worst, unevenness is the second most important evil to fight. Mura can be translated as unevenness, inconsistency, erraticness, irregularity, or lack of uniformity.

It may not sound exciting, but you want your shop floor to be boring! In most cases, the fewer fluctuations you have, the better your system will run. (An exception where monotony would be bad is, for example, perfectly stable customers that consistently never order anything.) While some people live and breathe firefighting, not having to firefight in the first place is actually much better. 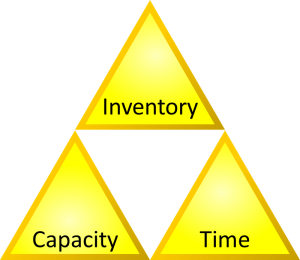 The second way to decouple fluctuations is capacity. You change the work time of your machines and workers to match the changes in demand. This is also done to some degree, but requires more effort and ideally an advanced notice.

The third way to decouple fluctuations is time. This is usually the default fallback if the other two approaches were insufficient. In effect, machines, workers, or customers wait until the issue is resolved. If you do nothing, time will take care of your fluctuations. Like ripples on a pond, they will eventually stop. Unfortunately, this is often the least desirable outcome. You usually don’t want your machines and workers standing around doing nothing.

Sooo … if buffers decouple fluctuations … why don’t I just put big buffers everywhere? Problem solved, right? Well, unfortunately no. Big buffers will decouple fluctuations in the material flow, although possibly not all. However, they come at a cost. There is the tied-up capital and the used storage space. But there are many more negative effects of inventories, including an increase of the lead time, administrative overhead, delay in the information flow, handling, aging and subsequent crapping and obsolescence, and more.

Similarly with just having tons of capacity available. Having extra machines and workers for the occasional fluctuation is also expensive, and hence it is done sparingly. Firefighters spend a lot of time waiting, but you don’t want to run out of firefighters in an emergency. But for most manufacturing systems, this is only a limited option.

After this lengthy introduction on why fluctuations are so important, my next posts will look into how to reduce these fluctuations. But, please, don’t expect miracles. Reducing fluctuations is a difficult, grueling, and never-ending effort. They are also a myriad of different causes of fluctuations. Now, go out, get those fluctuations under control, and organize your industry!

10 thoughts on “Why Are Fluctuations So Bad?”