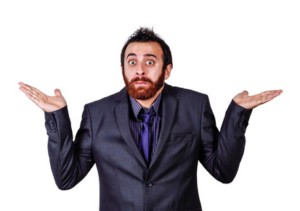 The Toyota Production System is widely considered to be the best production system for any larger company. Achieving similar performance is the vision (or dream?) of many companies. Pretty much all of lean manufacturing is the attempt to copy the approach of Toyota in the hope of a similar stellar performance. Yet most lean transformations fall way short of the goal. In this blog post I would like to give some insights, from a historical perspective, on why lean so often fails. 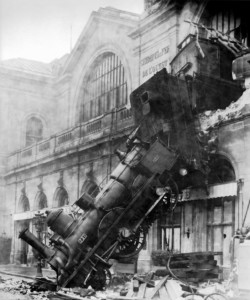 Lean is considered to be the best approach to improve your production system, or any other system for that matter (although as a lean expert you could call me biased on that point 🙂 ). Yet, by many accounts, lean projects usually have abysmal failure rates.

Richter claims failure rates well above 50%. Ignizio cites 70%, 90%, or even 95% failure rates. An Industry Week study in 2007 found that almost 70% of all US plants used lean, but only 2% achieved their objectives and a further 24% achieved significant results. Robert Miller from the Shingo Prize committee found that way too many of their past Shingo lean excellence prize winners lost ground and fell behind the competition. (Sources for numbers in this paragraph are at the end of the post.)

These numbers are also consistent with what I see in industry, somewhere around 70% failure rate. I define a failure as a project that did not improve the current situation. (Please note that if I would define failure as a project that failed to impress management with nice numbers on fancy slides, the failure rate would drop rapidly to around 10%–30%.)

Normally, if something fails 70%–90% of the time, we would throw it out and never look back. Unfortunately, the alternative options are usually worse. Much has been written on the reason for these failures, but I would like to look at it from a historical perspective to see where lean went wrong.

Lean originates from the Toyota Production System, which was mostly developed somewhere between 1950 and 1970. The key driver for this was Taiichi Ohno, back then a middle manager responsible for a machine shop. (Read more on Ohno in my post Twenty-five Years after Ohno – A Look Back.)

Ohno had already realized the value of small lot sizes and flexibility earlier during his career. Yet it was in this machine shop where Ohno together with others developed some of the ideas of lean, like pull production, kanban, supermarkets, leveling, and multi-machine handling. Key points to recognize here are:

Through this, Ohno and his people were able to achieve a consistent improvement, and hence he helped to make Toyota the best-organized and most efficient large company in the world.

After WW II, US car makers were happily producing like they always had, ignoring the Japanese competition. The US defeated Japan in the war anyway. However, during the 1973 oil shock, US car makers encountered big problems. Customers suddenly preferred more-fuel-efficient Japanese cars over the typical US gas-guzzlers. Even with declining sales, Japanese car makers seemed to handle the problem much better than the US makers, who quickly racked up large inventories of unsold cars.

A famous 1984 study by the Massachusetts Institute of Technology (and the subsequent book, The Machine that Changed the World, published 1990) found that the US needed twice the manpower to produce a car, much more floor space, inventory etc., while creating many more quality problems while doing so.

There was great interest in how the Japanese and especially Toyota managed their production. Unfortunately, there was no English-language information available on this. Of course, there was much information available in Japanese, but this may as well have been in ancient Egyptian hieroglyphs. The first English paper about lean appeared in 1977, and only from 1980 onward did written works appear in larger quantities. Yet, merely reading about the Toyota way did not help much. The US needed people with experience.

One of the first people to arrive in the US with experience at Toyota was Shigeo Shingo. With the help of a US promoter, Shingo soon achieved the status of a guru. However, Shingo was never really an insider at Toyota. To the best of my knowledge, he visited Toyota about once every three months to teach a 4 week workshop on industrial engineering basics called P-Course . He was the moderator for one of the last workshops on SMED (back then known as QDC for Quick Die Change), while the method was already firmly established at Toyota. He tried to learn from Ohno, but met a reluctant Ohno only very few times. Overall, Shingo was probably a small fish among the many people in Japan who worked with or contributed to the Toyota Production System.

Eventually he wrote a book on the “Toyota Production System” (later translated into English as the “Shingo System”). My friends at Toyota have read his books, not because he is famous in Japan (he is not), but only to learn what all the US fuzz about the great lean expert Shingo is about. They were quite disappointed and considered the book not very useful for implementing lean. Some Western lean experts I hold in high regard also agree with this.

Since this book was not authorized by Toyota, Toyota ended the twenty-year relationship, and Shingo moved to the US around 1980. There Shingo now was the one-eyed among the blind, and quickly propelled to guru status. This was helped by a tendency to boast and exaggerate on past achievements he may or may not have had (more on this in my post Shigeo Shingo and the Art of Self-Promotion. More sources also below). His view of lean manufacturing continues to shape what Westerners consider to be “lean,” which is very different from the approach at Toyota. 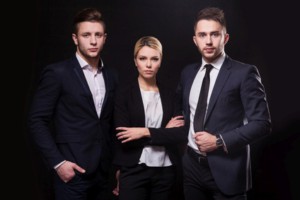 Additionally, Shingo was only an external consultant, and hence he approached lean differently than Ohno could as a manager of his own area. While external consultants are needed to bring lean into companies, they face additional challenges compared to a home-grown production system.

External consultants usually  neither know the process nor the people very well, at least initially. At the same time, they are often hired as know-it-alls. A consultant that shows uncertainty may not be hired again. This also leads to a proliferation of additional related approaches like, for example, Six Sigma, and adding some more mysticism into the approach.

Unfortunately, lean projects do have uncertainty, and often a lot of it. Contrary to their claims, not all external consultants really know lean very well. Some do, but I also experienced, as a client, completely clueless junior lean consultants who had no idea what they were doing, with little help from higher-ups.

Furthermore, US managers are usually pressured by quarterly reports, whereas Toyota managers can have a longer-term outlook. As a result, consultants are often expected to show results quickly.

If you don’t know lean very well, don’t know the process, and don’t know the people, yet have to appear as the one guiding the people to the light, all the while being under time pressure, then you are in a pinch. The common “solution” is often to present a simple method with clearly defined easy steps, like 5S, SMED, or some data gathering like VSM or OEE. While these are powerful methods, on their own and used without context they do not help much. It seems that some lean literature and some consultants try to sell lean as a simple recipe for success, which it is not (see also my post “Lean is Tough” for more).

Finally, the consultant may not be around long enough to see the results of the changes, or even fix possible problems (think PDCA again). It is difficult to put a deadline on an improvement project, yet consulting contracts run only for a limited period of time, which is often estimated on the optimistic side.

There are good and bad consultants out there. But even a good consultant may have problems if the client expects too much in too little time. While I still strongly believe in lean as the best approach to manufacturing, these problems above cause the low performance of many lean implementations.

I hope my view on these historic developments was insightful to you. I also hope that you understand my view of Shingo, and if you disagree (which I would be perfectly fine with),  that you are nice about it 🙂 . Finally, I hope that your projects are among the 5%, 10%, or 30% of the successful lean implementations. Now, go out, do some good work, and organize your industry!

P.S.: This post was inspired by a question by T. I.

18 thoughts on “Where Lean Went Wrong – A Historical Perspective”